As the Biden administration seeks to incentivise a dramatic increase in uptake of green alternatives to kerosene, corporates in the Sustainable Aviation Buyers Alliance are among those trying to allay concerns about impacts on land use and biodiversity. Terry Slavin reports

An agreement to scale up uptake of sustainable aviation fuels by the First Movers Coalition at COP26 is adding to growing momentum from all quarters to use SAF to tackle one of the fastest growing sources of emissions.

In the run-up to COP26, the airline industry pledged to get to net-zero by 2050, but admitted that with hydrogen and electric aircraft not expected to be operating in significant numbers until the 2040s, 65% of the emissions reductions will need to come from radically scaling up the use of SAF – from 100m litres today, to 450bn litres, according to the industry’s roadmap.

The industry responded that mandates alone would not be enough to drive uptake: it needs incentives to help it bridge the high cost of SAF, currently two to five times that of kerosene.

So, there was relief in the industry when the Biden administration announced a proposed blenders’ tax credit in the newly minted $1.2tn Infrastructure bill.

The administration also issued a sustainable aviation fuel challenge to the industry to replace at least 5% of conventional jet fuel demand with SAF by 2030. If realised, that would mean 3bn gallons (11.36bn litres) of SAF being produced in the U.S. by the end of the decade.

But with cutting air emissions key to many companies' net zero pledges, the private sector is already moving. For example, logistics company DPD DHL announced at COP that it had agreed a new partnership with Finland’s Neste enabling it to fly 200 airfreight flights a week on SAF from the UK’s East Midlands Airport. 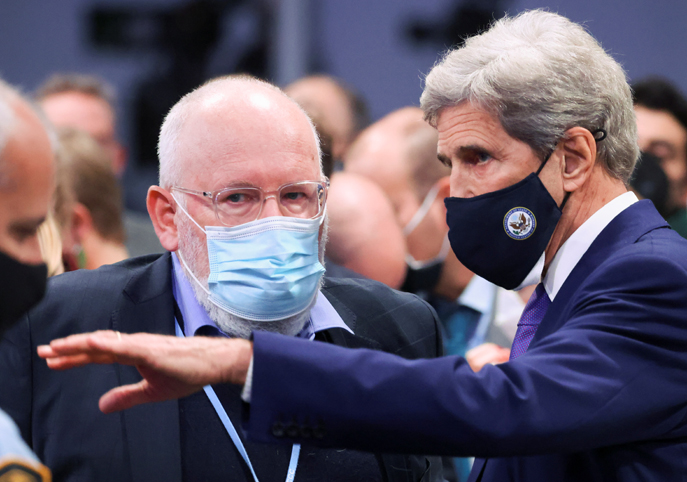 And you don't have to be an airline or logistics firm for aviation emissions to be a big part of your carbon footprint. The push for SAF is also coming from  big consumer goods companies such as Amazon and Walmart ,and consultancies and financial services companies like Bank of America, Deloitte and Boston Consulting Group, for whom staff air travel is by far and away the biggest climate challenge.

As Brian Moynihan, CEO of Bank of America, said at the launch of the First Movers Coalition, cutting aviation's footprint will increasingly be a competitiveness issue. “We aren’t a big user of electricity, but the issue is our clients. Trillions of dollars in commitments to net-zero comes from our clients.”

Several members of the First Movers Coalition – including Boeing, Bank of America, Ørsted, DPD DHL, United and Delta Airlines and Boston Consulting Group – are in another WEF initiative, the 60-member Clean Skies for Tomorrow Coalition, an alliance that was formed earlier this year to power global aviation with 10% SAF by 2030.

In an innovative move that is already unlocking considerable corporate demand, the coalition in June launched a sustainable aviation fuel certificate framework, a “book and claim” system where companies seeking to offset their corporate flights can purchase certificates that will cover SAF’s price premium.

One big player is Microsoft, which has bought certificates from Alaska Airlines and SAF producer SkyNRG to cover employee travel between Seattle and three Californian airports. It is also purchasing certificates in another pilot project announced in September with Air BP and United Airlines to supply 26,500 litres of waste-based SAF at UK airports.

Microsoft is also one of the founding members of another partnership that has come together this year, the Sustainable Aviation Buyers Alliance, a joint project by two of America’s leading environmental NGOs, the Rocky Mountain Institute and the Environmental Defense Fund. 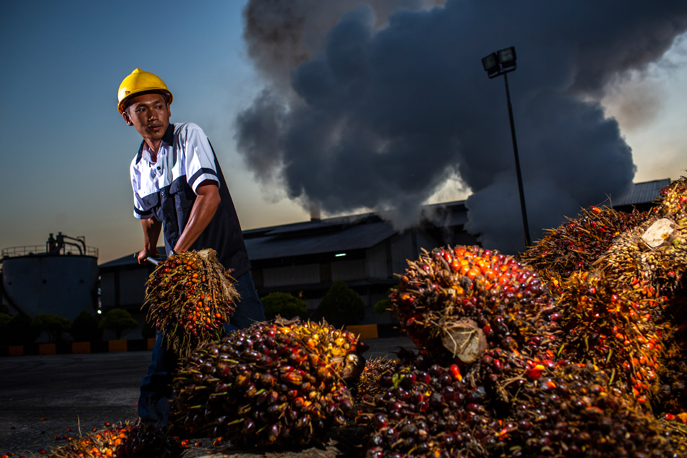 Among other objectives, it plans to create a SAF certification scheme with robust environmental criteria, which will be key to overcoming concerns that scaling up SAF will lead to a big spike in deforestation as land is cleared to grow bioenergy crops, worsening food security as well as threatening biodiversity.

New sustainability criteria published by CORSIA, the Carbon Offsetting and Reduction Scheme for International Aviation, mean palm- and soy-oil based aviation fuels will receive fewer credits than those with less impact on land use, which goes some way to allaying concerns.

However, air transport expert Chris Malins said: “These rules do not  guarantee against aggressive targets for the use of palm or soy being set at national level.”

The north star needs to be to do the right thing, not to find the cheapest way

In both the SkyNRG and Air BP pilots, the SAF supplied will be certified by the Roundtable on Sustainable Biomaterials, whose criteria include having no adverse impacts on biodiversity or land use. RMI and EDF said there would also be robust requirements for traceability and third-party audits and verification, to ensure there is no double counting.

Scott Kirby, CEO of United Airlines, told a panel discussion at COP26 hosted by SABA that United would not fly on SAF derived from food crops. “The north star needs to be to do the right thing, not to find the cheapest way to get to this new metric.”

Kara Hurst, Amazon’s chief sustainability officer agreed, saying that Amazon Air had joined SABA because being able to source SAF was critical to Amazon meeting its climate pledge. But the supply needs to be of the highest integrity. “We don’t want unintended consequences.”

While SkyNRG and Neste are using agricultural waste and used cooking oil in their biofuels, Illinois-based LanzaTech is producing jet fuel from CO2 captured at a steel plant in China. 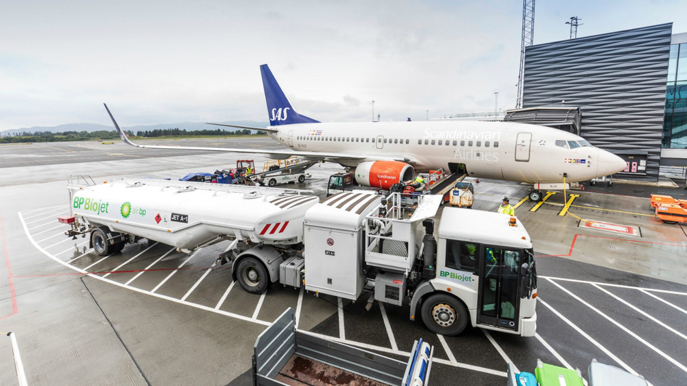 At COP26 its CEO, Jennifer Holmgren, signed a deal with SAS, Shell and Vattenfall exploring the feasibility of producing SAF from fossil-free electricity and captured CO2 in Sweden, which could provide SAS with up to 25% of its global demand for sustainable aviation fuel.

In the U.S., LanzaTech is building a plant in Georgia to convert ethanol derived from raw biogas into around 40m litres of aviation fuel, which is due to start operating late next year.

In an interview, Holmgren said the proposed blenders’ tax credit, along with other measures in Biden’s infrastructure bill to incentivise green hydrogen, if passed, would allow her company to ramp up the production of synthetic biofuels using CO2 as a feedstock.

“The U.S. government is very clearly thinking about the end game, and what we need to incentivise today to get where we want to be in 10 years’ time,” she said.

At the same time, corporates with science-based net-zero commitments are driving demand for biofuels that meet higher sustainability standards, such as the RSB certification, which favour advanced biofuel technologies such as hers.

“I think the 10% target by 2030 is achievable because so many of the [waste-based] technologies are past the demonstration stage," Holmgren said. "I think we’re on a path to exponential growth.”

Brand Watch: Big brands in push to take their suppliers on net-zero journey