Singapore Airlines (SIA) has yielded to pressure from conservation groups, agreeing to end cargo shipments of shark fins. Following protests at several of its check-in counters from Los Angeles to Kuala Lumpur, and an online petition that attracted 50,000 signatures, Nicholas Ionides, vice-president of public affairs at SIA, stated that SIA Cargo had been carrying out a thorough review, taking into account the increasing concerns around the world related to shark finning.

From 1 August, Singapore Airlines will be following in the footsteps of other major carriers including Cathay Pacific, Qantas and Korean, by no longer accepting the transport of shark fins.

Ryan Kempster, shark biologist and founder of Support Our Sharks, says the relatively slow growth and reproductive rates of sharks have resulted in the systematic depletion of many populations worldwide, largely due to an increasing demand for their fins in Asian markets. “It’s estimated that 100 million sharks are killed every year. This is an unsustainable rate, which the world’s shark populations cannot sustain. With demand in China and other Asian countries for shark fin soup increasing and more of the population being able to afford it, the concern is that the number of sharks being killed each year may actually be even higher.”

Singapore is an important hub for the shark fin trade, but the problem centres on China, which consumes 95% of the world’s shark fin production. Shark-fin soup is considered a delicacy in many Asian countries, and is customarily eaten at weddings and other celebrations across Asia. A bowl of shark fin soup can cost up to $100, but this gesture of largesse comes with a much larger environmental price tag.

As Singapore is one of the biggest shark fin exporters to China, Kempster believes reducing the flow of fins from Singapore is certainly a positive step forward, although it does not solve the problem of demand for the fins. “As long as there is demand then fins will continue to make their way to market via less-regulated routes.”

Swedish home furnishing giant Ikea has announced its intention to raise the average minimum wage in its US stores to $10.76, a 17% increase over the current wage and $3.51 above the federal minimum wage.

While hourly wages will vary based on the cost of living across different store locations, Ikea says the increase will affect about half of its US retail workforce. It says the transition to the new minimum wage structure is not only the right thing to do, but also makes good business sense.

“At Ikea, we are guided by our vision to create a better everyday life for many people, a vision that includes our co-workers as well as our customers, and the communities touched by our business,” says Rob Olson, chief financial officer and acting president at Ikea US.

“We recognise that local living conditions of our co-workers can differ depending on where they live and we are currently investigating how we can best support the individual needs of our co-workers, including offering a fair salary linked to the cost of living and benefits linked to life situation,” adds Pernille Haglid, HR manager at Ikea.

The wage increase is based on the MIT Living Wage Calculator, which takes into consideration housing, food, medical and transportation costs plus annual taxes.
“The new minimum wage structure is the latest in a series of investments we are making in our co-workers and in making Ikea a great place to work,” says Olson. The furniture giant believes ensuring a great work environment is essential for their business to succeed. “It’s especially important as we are anticipating growth and expansion in the US,” concludes Olson. 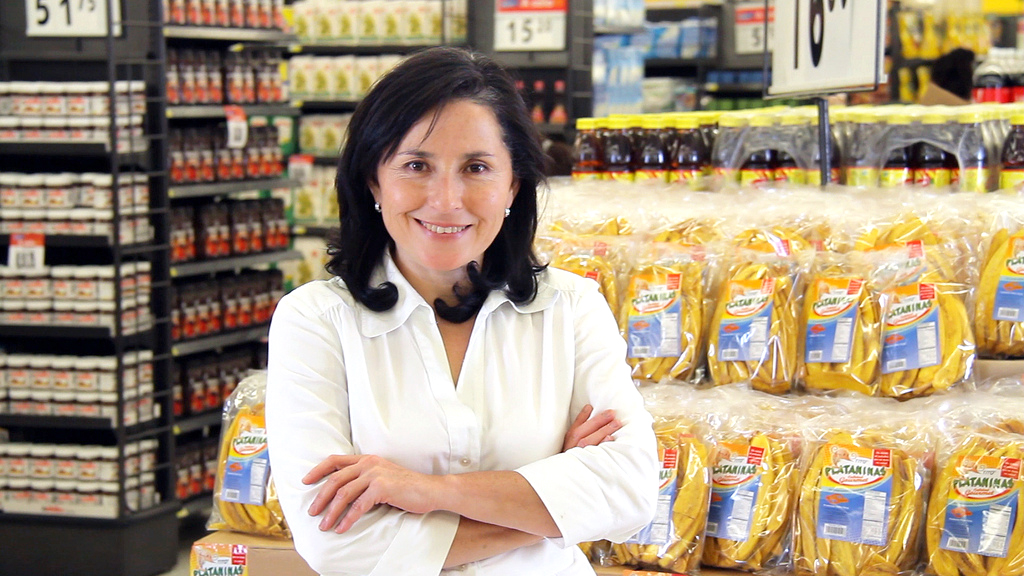 In an effort to bring consumer recognition to products created by women, retail giant Walmart is introducing a “women-owned” label on merchandise indicating that the company behind the product is owned by women. This will be the first time a major retailer has used labels on products to highlight women-owned businesses.

Walmart teamed up with non-profit groups Women’s Business Enterprise National Council and WEConnect International to create the logo that will be granted to companies that are at least 51% owned or run by women. The small, circular symbol representative of women holding hands will be placed on everything from lingerie to cleaning products across Walmart stores nationwide beginning this September.

Research by Walmart found that 90% of female shoppers would buy goods marketed by women. Consumer decisions were partly based on desire to support women-owned businesses and partly on the belief that products made by women would be better. “Women perceive there’s a higher quality to a woman-owned product, that there's a real value in it,” says Prince-Eason.

The initiative follows a series of steps undertaken by Walmart to promote the work of women. In 2011, the company pledged to buy $20bn of goods by 2016 from women-owned businesses in the US, and in 2013 it launched its “Empowering Women Together” section on Walmart.com, which features products made by small, female-owned businesses from nine different countries, and aims to empower women around the world.

Nestlé US cuts waste by 44%

Food and drinks giant Nestlé says it has managed to reduce waste from its US operations by 44% since 2010. The company’s latest sustainability report also indicates that the household brand has reached zero waste to landfill at five factory locations across America.

Paul Bakus, president of Nestlé US Corporate Affairs, says that since its foundation more than 140 years ago, Nestlé has sought to avoid food waste, beginning by transforming perishable raw materials such as milk, coffee beans and cocoa into safe, value-added food products. The company has been able to reduce waste to landfill through a relentless focus on eliminating all sources of waste, says Bakus. This includes recycling or recovering energy from unavoidable by-products, while waste diverted from landfill goes to other beneficial uses such as animal feed, composting, recycling and use for energy production.

“Recycling coffee is a good example of how we do this,” says Bakus. “Our instant coffee brand Nescafé, for example, was invented 75 years ago as a way of using up coffee beans sitting unsold in warehouses in Brazil. Today, Nestlé uses spent coffee grounds as a source of renewable energy in more than 20 of its Nescafé factories worldwide.”
The report also highlights Nestlé US’s progress on its 2013 environmental and social commitments. Milestones achieved by the company involve saving more than 1.5bn kg of plastic over the past 10 years via the reduction of plastic content on some of its water bottles by 60%.

Beyond its US sustainability commitments, Nestlé is working its way to achieving zero waste across Europe. Last year the company announced it would achieve zero waste in all 150 of its European factories by 2020.

“The decision to achieve zero waste illustrates Nestlé’s commitment to environmentally sustainable business practices,” says Laurent Freixe, Nestlé executive vice-president and zone director for Europe. “We already have over 25 factories in Europe that do not dispose of waste into the environment.”

Nestlé has achieved zero waste in all of its factories in the UK and Switzerland. As a result, no factory waste goes to landfill or is incinerated without energy being recovered from the process.
“This is an important initiative for Nestlé which illustrates our corporate commitment to environmentally sustainable business practices,” says Baku. “It’s good for the environment and good for business.” 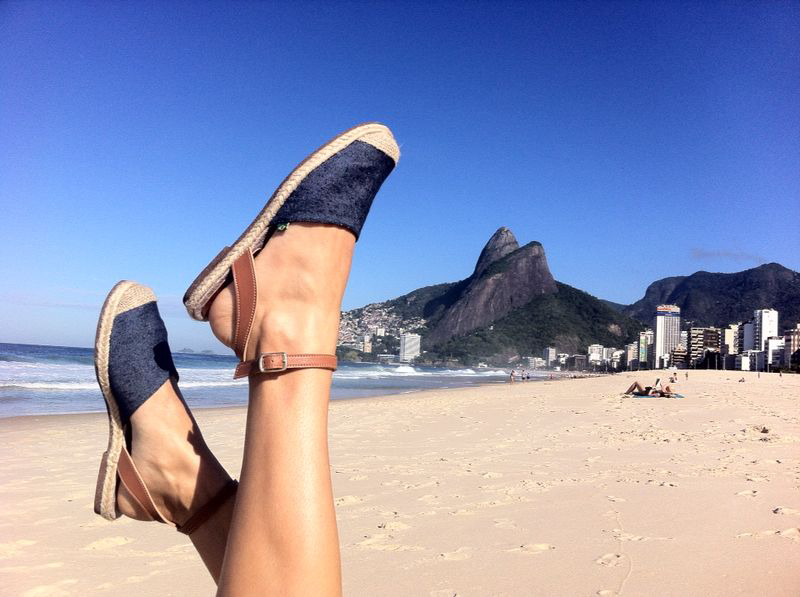 A Los Angeles-based entrepreneur is working with Brazilian manufacturers to launch her brand of sustainable footwear using coconut waste in Brazil.

The handmade Joya da Terra sandals are made from natural and recycled materials, namely coconut fibres, and rely on a sustainable production process, says Cynthia Tello, the company’s founder. “I first had the idea about launching an initiative to recycle all the coconuts that are left on the beaches of Rio on a daily basis, and thinking about how to make good use of the wasted material.”

According to Tello, the entire production line uses a zero waste manufacturing model. The textiles used are made from recycled plastic bottles and a vegan leather facility operates a state-of-the-art water treatment plant to minimise its footprint.

“The natural latex from the soles are 100% biodegradable, a big contrast from the petroleum-based soles now used on the market and that are not only toxic but will also never decompose naturally.”

Tello says southern Brazil has a long history in shoe manufacturing, having exported high quality shoes for many prominent brands including Tory Burch and Nine West. “However, much of the region has lost its market to China and the local manufacturers have suffered great losses in recent years.” She hopes her initiative will give a small push to the local manufacturing industry.