'To reach net-zero, we need to help farmers reverse the deterioration in soil health'

Comment: Bastien Sachet, CEO at Earthworm Foundation, says Nestlé, Lidl, Bonduelle and McCain are among companies that are driving regenerative agriculture practices in their supply chains

In 2020, it was reported that the number of businesses committed to net- zero emission targets had trebled from 500 in 2019 to more than 1,500. The study by Data-Driven EnviroLab and the NewClimate Institute showed the number of cities and regional governments making the same commitments had grown, too; representing over 849 million people and a greenhouse gas emission footprint of 6.5 gigatonnes of carbon. To put that in context, that is larger than the yearly emissions of the United States. Global business and government are now dedicating efforts to all kind of transformations in the energy, building, transportation and infrastructure sectors. Yet one of the most crucial factors in storing carbon lies right under our feet.

Soil contains up to 2,400 gigatons of carbon, which is around more than three times the amount in the atmosphere. It’s also teeming with life. It is difficult to comprehend that there is more life in just one handful of healthy soil than there are people on Earth, with anything up to 50bn bacteria in any given handful. There is, however, a problem. The United Nations estimates a third of the planet’s soil is degraded, that is, not fertile enough to grow plants, trees and crops, due to intensive agriculture, deforestation, overgrazing and improper land use changes. The rest is also losing its health rapidly.

According to Our World In Data, agriculture, forestry and land use are responsible for just under 20% of the planet’s greenhouse gas emissions. Those three activities are underpinned by soil, the health of which is of relevance to the whole supply chain. We need to keep carbon in the ground to maintain the climate and be able to maintain healthy soil for forests and our food to grow. However, given the health of soil around the world and the threat it has on yields and climate, agriculture needs a revolution. This starts with soil.

Regenerative agriculture provides a solution. It can restore soil’s health, increase biodiversity, reduce pollution and capture vast amounts of carbon. Essentially, it’s about working with the soil rather than against it, and it is already being put into practice by some. Take Nestlé, the world’s largest food manufacturer, as an example. Nearly two thirds of its total emissions are linked with agriculture. Part of its strategy to tackle these emissions, and in turn, meet its 2050 net- zero climate goal, is to work with suppliers and change the way food is grown and produced by transitioning to regenerative agriculture practices.

They are already doing this in key landscapes, such as in France, with farmers in their supply chain, and the world’s leading cocoa producer, Côte d'Ivoire, where they are working to conserve and restore Cavally Forest, one of the last remaining biodiversity hotspots in the country.

But many businesses are still too disconnected with the agricultural land within their supply chains. They have become too reliant on compliance, managing risk, and imposing norms on farmers. Certification labels are a step in the right direction, but they alone do not drive the necessary transformation. They tend to focus on the crop, not on the soil, leaving the farmer with tens of sustainability standards to handle for each crop they cultivate on the same soil. Business can play a role in supporting farmers to transition beyond such norms by working more collectively around the common goal of soil health.

France is Europe’s largest agricultural producer, yet farmers there have seen productivity stagnate. This has resulted in an increased use of fertiliser and pesticide to compensate for the loss of natural fertility and resilience in the soil. A growing number of farmers within the supply chains of Nestlé, Lidl, Bonduelle and McCain, have reacted to this by focusing on the health of their soil as a priority. Hand in hand with brands and retailers, experts and regional public institutions who are collaborating on this, the farmers are starting to cover their soils longer through the year by using diverse cover crops, extending crop rotations as they go.

This is paying dividends. Running costs are down and their soil has shown signs of increased resilience by retaining humidity. Farmers are experimenting with what crop variety and rotation works best, monitoring progress by measuring the evolution of organic matter in their soil. Further benefits have become evident, with erosion decreasing and soil fertility on the increase. Taking an active part in this new kind of innovation in agriculture for the good of the planet is creating a positive dynamic among farmers.

Businesses need to know who the farmers are in their supply chain. How are those farms performing in terms of soil health? Where are the issues? And how can support and incentives be provided in line with farmers’ perspective needs? These are some of the questions that need to be considered.

One of the biggest obstacles is still how the health of soil is valued within the business world. When businesses do reappraise this and engage with suppliers and farmers then great things can happen. It needs to happen, food systems that transition to regenerative practices can meet growing consumer demand of a growing global population while mitigating the effects of climate change and being extremely productive and profitable. When it comes to storing carbon, much of the answer is right under our feet. 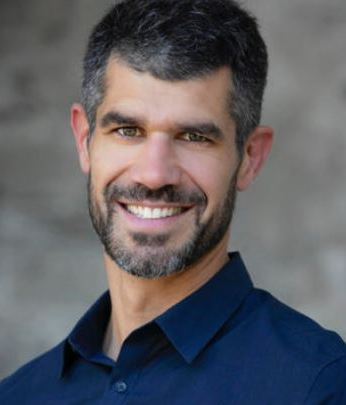 Bastien Sachet is the CEO of Earthworm Foundation

Will 2023 be a watershed moment for corporates on addre...
The five-year search for the right recipe to save fores...
Brands failed to meet promises to protect forests. We c...
A week of getting real about the enormity of the climat...
comments powered by Disqus