Progress on methane and forests at COP, but much heavy lifting needed to put 1.5C in reach

There will need to be big breakthroughs on transport and heavy industry emissions next week for the climate talks in Glasgow to be deemed a success, reports Angeli Mehta

The first week of climate talks in Glasgow have been filled with big announcements on coal and methane, finance and forests, though all fell far short of what will be required to keep the world within 1.5 warming.

A global methane pledge, unveiled on Tuesday, saw 100 countries agree to cut methane emissions by  30% by 2030. Big emitters China, Russia and India didn't sign up, however, and the Energy Transition Commission estimated that the agreement would cover only one-third of the 40% reduction in methane needed by 2030

On forests, 110 leaders committed to halt and reverse forest loss and land degradation by 2030, backed by $19.2bn in public and private funds. Signatories cover around 85% of the world's forests and, crucially, include Brazil, Russia and China, which had not signed up to the New York Declaration in 2014.

That agreement by 40 countries aimed to halve deforestation by 2020, and halt it by 2030, though a report in 2019 found that deforestation had increased in the five years after the declaration was signed. The ETC estimated that if the commitments were fully funded they could reduce emissions by 3.5 gigatonnes by 2030, more than the 3Gts promised in existing nationally determined contributions.

On coal, a group of developing and developed nations have agreed to move international finance away from unabated fossil fuels, not just coal, by the end of next year. Amongst them are the U.S., UK, Canada and several development banks. 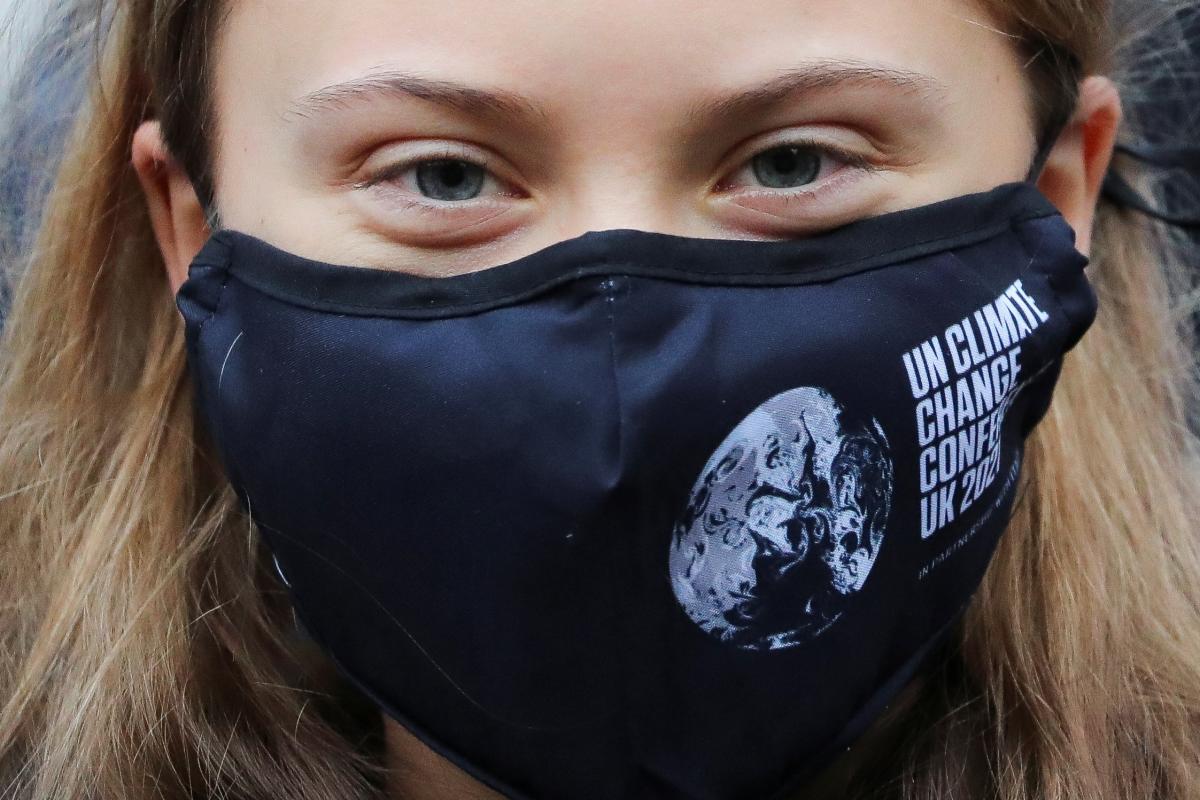 In another first, the U.S., UK, Germany and EU are teaming up to provide $8.5bn to help South Africa speed up its transition from coal in what could be a model to support transition in other coal-dependent developing nations.

Climate thinktank E3G points out that in just the last three years, G20 nations have pumped two and a half times as much into fossil projects abroad as has been invested globally in renewables.

Pauline Heinrichs, policy advisor at E3G, said the announcements “represent a tipping point in efforts to consign coal to history. Seeing major coal-burning economies such as Vietnam, Indonesia, South Korea and Ukraine commit to a coal exit genuinely is the progress we need to see."

Without China and U.S. joining the coal pact, the chances of reaching the Paris Agreement are close to zero

But Fatih Birol, head of the IEA, said the failure of the U.S. and Russia to back the pact meant the chances of limiting global warming to the Paris Accord goals were now "close to zero".

Adair Turner, chair of the Energy Transition Commission, said this week's coal commitments amounted to a reduction in CO2 emissions of 1.2bn tonnes. However, 3.5bn tonnes could be delivered with a more ambitious agreement that called for no new plants to be built and a phase-out of older plants from this decade.

There was more progress on finance for net zero. A coalition led by former Bank of England governor Mark Carney announced that over the next three decades it would mobilise $100tn to help economies transition to net zero. A series of roadmaps set out where that investment needs to be channelled, with $32tn required by 2030 to put the world on a net zero path. Of that, industry and low-emission fuels sectors require nearly $4tn investment. Steel, cement and chemicals could require an extra $20-30bn a year by 2025. 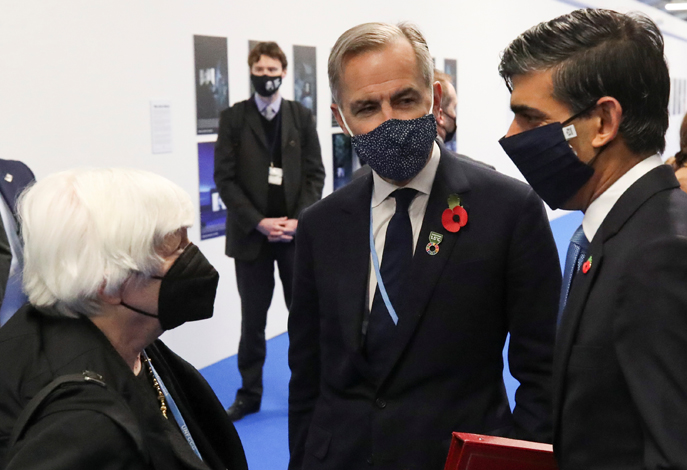 What counts as a green investment? Work is going on across jurisdictions to try to develop international standards, and this week a Common Ground Taxonomy was announced, highlighting  where the EU and China are aligned.

Within the EU though, there is continuing debate over the colour of hydrogen and the inclusion of nuclear in its sustainable finance taxonomy.

Alongside those shifting financial sands, the UK Treasury announced that big firms and financial institutions are going to have to show how they will meet net zero and publish their plans from 2023.

There isn't space to hide with net zero. With an 80% target we could have let industry carry on as usual

Behind some of the big construction or transport sector companies listed on the London stock exchange sit the “hard to abate” industries that will make or break their net-zero plans – steel, cement, chemicals.

“There isn't really a space to hide with net zero,” says Roz Bulleid, deputy policy director at the Green Alliance. She told an Aldersgate Group panel on the challenge of industrial decarbonisation that “with an 80% target [UK’s previous 2050 target] we could have let industry carry on as usual. But that isn't an option now.” 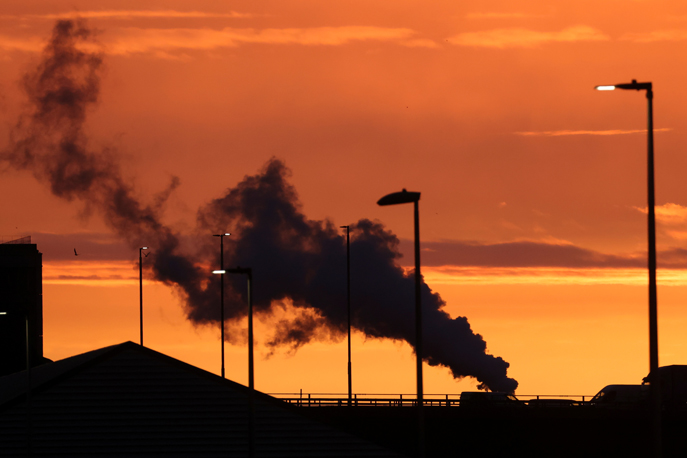 One goal of a series of so-called Glasgow Breakthroughs (through international collaboration on technologies and supply chains) is near-zero emission steel. As COP began, the U.S. and EU ended their trade dispute on steel and aluminium (another highly emitting industry) and agreed to work together to encourage low-carbon intensity steel production and trade. A First Movers Coalition has made sector purchasing commitments for steel, and for sustainable fuels for shipping and aviation.

Another Glasgow goal is having affordable renewable (green) and low-carbon hydrogen (blue) available globally by 2030, that will be needed by steel and chemicals sectors, as well as marine and aviation.

In response, members of the Green Hydrogen Catapult said they aim to have 45GW of electrolysers commissioned in 2027; while Latin American and African countries launched alliances for green hydrogen. The aim is to bring the cost of green hydrogen to $2/kg, to make it and the fuels that can be made from it, more attractive than fossil fuels.

In its manifesto for climate recovery, the WBCSD calls for more ambition on cutting methane emissions

Blue hydrogen relies on having CCS infrastructure, and high real world CO2 capture rates. The companies producing and transporting the natural gas (that will be processed to make hydrogen) will also have to slash emissions from methane associated with flaring and leaks.

Methane reduction is a top priority set by the WBCSD in its manifesto for climate recovery, unveiled this week. It wants to see more ambition, with global and corporate targets of a 40% cut by 2030 and 75% by 2050. Hydrogen and CCS figure high on the priority list too. 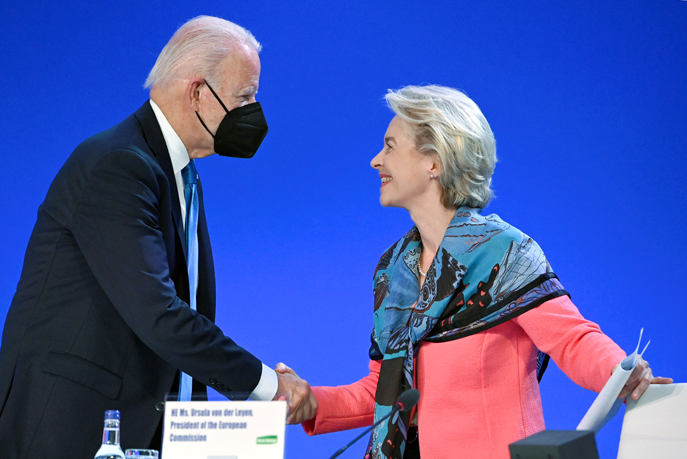 The WBCSD also wants to see a new reporting mechanism of Corporate Determined Contributions, a private sector version of the Nationally Determined Contributions (NDCs). Corporate emissions data is not included in NDCs, despite the private sector being responsible for the majority of greenhouse gas emissions, and having targets that are in many cases more ambitious that national governments.

Taking stock of the week's commitments on Friday, Turner of the Energy Transition Commision, said this week's pledges, along with existing NDCs, together only add up to 9bn tonnes of emissions cuts by 2030, when 22bn tonnes need to be removed to put the world on track for not more than 1.5C of warming. That leaves a lot of heavy lifting to be done next week, when the focus of the conference will fall on sectors such as steel, transport and shipping.

The good news is the potential capital for net zero is there, and so in the investment case

Climate scientist Johan Rockström told journalists that as inadequate as the commitments this week were “we've seen a real shift, where we not longer debate and fight over the direction of travel. It's not a question of whether we will decarbonise the world economy; it's 'will it be fast enough?'”

Nigel Topping, high level climate action champion for COP26, chose to be optimistic: “The good news is the potential capital is there; and so is the investment case. In a net-zero world where 70-80% of decarbonisation investments could be cheaper than high-emission incumbents by 2030, the zero-carbon transition increasingly looks like the greatest commercial opportunity of our time.”

Terry Slavin contributed to this article.