One big lesson from Covid-19 is that human health is dependent on protecting the health of the planet. Angeli Mehta reports on the rise of biodiversity on the global business agenda

While the hunt is still on for patient zero – the first to be infected with what’s now known as SARS-CoV-2 virus – all the evidence points to the source of the virus as a wildlife market in Wuhan, China. Just one place at the end of a chain of events in a multi-billion-dollar trade that brings hundreds of species of live wild animals into unnatural contact with each other, and in this case, with domesticated species and humans.

The spill-over of pathogens from the animal world to humans, causing zoonotic disease, has been accelerating. It seems that HIV’s origins aren’t in just one but at least 12 different cross-infections. Most recently, the Sars and Mers coronaviruses provided warnings about what the future might hold. But those warnings were ignored.

“The commercial wildlife trade and wildlife markets constitute true cauldrons of contagion and one could not design better conditions for the emergence of new diseases,” said Christian Walzer, executive director of the wildlife health programme at the US-based Wildlife Conservation Society (WCS).

Markets are one key interface between humans and wild animals, but there are others. Walzer points out that 70% of all emerging infectious diseases originate in animals; 65% of them in wildlife. “It’s a huge number, and everything that relates to wildlife is intimately linked to the environment and how we interact with that environment,” he adds.

Researchers have suggested that since 1940, agricultural drivers have been associated with more than 25% of all – and more than 50% of zoonotic – infectious diseases that have emerged in humans. Certainly, agricultural production improves health and nutrition, but it also increases exposure to disease vectors in rural populations.

“Every time a logging road goes into the forest, or an illegal cobalt mine is set up in the Congo, or an illegal palm oil plantation is built deep in the rainforest of Indonesia, the people involved are more exposed to wildlife and species harbouring disease,” says Nigel Sizer, chief programme officer at the Rainforest Alliance. And when that road fractures intact forest, the higher density of remaining wildlife increases the risk of a virus jumping species. 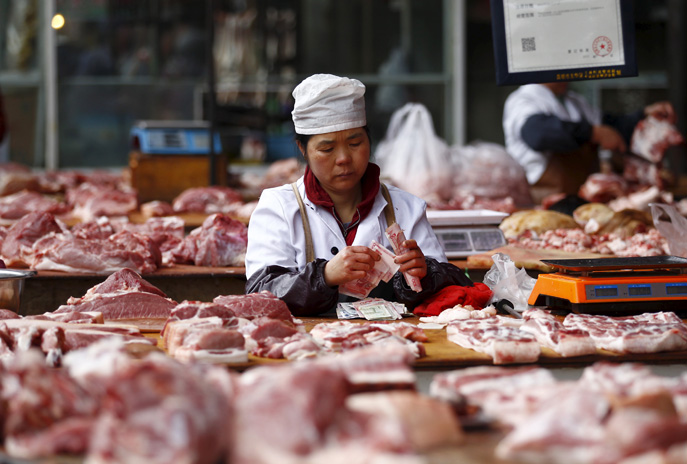 The wild and domestic meat trades are associated with diseases emerging in humans.(Credit: Wong Campion/Reuters)

The key is limiting those interfaces, but measures that work in Cambodia, for example, won’t work in an African setting. “Hazards and risks are quite different across the globe,” says Walzer. “The key is that in south-east Asia [markets] the animals are alive and so shedding virus the entire time, whereas if you have dried or smoked meat the risk is substantially reduced.”

But coordinated action – so far missing in this global health crisis – is going to be required if another pandemic is to be avoided.

Together with Global Wildlife Conservation, WildAid and the European Commission, WCS last month launched the Declaration to End the Trade coalition, calling for governments to permanently end the commercial trade and sale in markets of terrestrial animals for consumption, particularly birds and mammals. The EU committed €10m to the campaign, which aims to collect at least one million signatures to a petition calling for “ethical and equitable transition measure” for those involved in the trade.

There is no zero-risk assumption we can make for wild-animal trade. These loopholes need to be addressed

Enforcing legislation is a first step. The pangolin, suggested as the intermediary host between horseshoe bats, which harboured the coronavirus, and humans, is the most illegally trafficked creature in the world. “Why China has not done a better of job of enforcing the law around the import and sale of these animals is a really big question,” suggests Sizer. China is revising its laws on animal trade (including species raised in captivity), having banned markets after the outbreak of Covid-19. Neighbouring Vietnam is also drafting legislation to prohibit the trade and consumption of wildlife.

Aili Kang, Asia programme director at WCS, estimates that China’s ban will cover more than 2,000 species, and she’s optimistic that it will be permanently implemented. However, it only covers wildlife for consumption, not for fur, pets or medicine, and there is some pushback from companies involved in captive breeding of reptiles and amphibians. “There is no zero-risk assumption we can make for wild-animal trade. These loopholes need to be addressed... the global community expects [that] China can do more.”

Global enforcement mechanisms have many gaps. CITES, the convention that is intended to ensure international trade in wild animals and plants doesn’t threaten their survival, does not take account of the public health risks of wildlife trade. So pangolins, as an endangered species, are listed by CITES, but horseshoe bats are not. 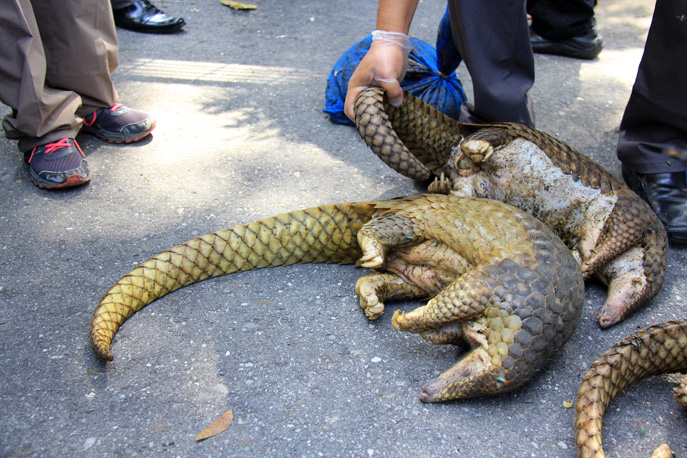 John Scanlon, former director-general of CITES, told a Congressional conservation committee last month in the US that the situation needs to change. “The current international system for regulating wildlife trade, combating illegal trade and wildlife crime more generally, is inadequate for regulating high-risk wildlife trade and markets and ending wildlife crime, and, left as it is, will not prevent the next pandemic.” He also suggested wildlife crime should be brought into the UN convention on transnational crime, which deals with human and drug trafficking. But it would be best to “stop it at source, by protecting wildlife”.

With almost all tourism revenue lost for the foreseeable future due to the coronavirus, conservation is itself in need of urgent funding, according to Jimmiel Mandima, deputy vice president for conservation at the International Fund for Animal Welfare (IFAW). Similarly, law enforcement depends on tourism revenues, and reports of poaching are rife. “This is a pivotal moment in human history; our world has been shut down by the exploitation of wildlife,” he told the Congressional hearing. “Our response must be holistic, transformational and comprehensive.”

On that more holistic level, Walzer suggests there now is a better understanding that a healthy planet is a prerequisite for human health. That so called “One Health” concept originated in 2004, when health experts from around the world met to discuss how to prevent potential movements of diseases between their animal hosts and humans.

Alterations in ecosystems, and shifts in patterns of disease emergence, manifest when we fail to recognise this relationship

They drew on the outbreaks of Ebola, Sars, and avian influenza to make 12 recommendations for world leaders as well as the global health and science community, including a recognition that decisions regarding land and water use have real implications for health.

“Alterations in the resilience of ecosystems, and shifts in patterns of disease emergence and spread manifest themselves when we fail to recognise this relationship.”

Last year, the focus of this more proactive approach was revised and enlarged, also taking account of the the profound changes that are happening through climate change and biodiversity loss. 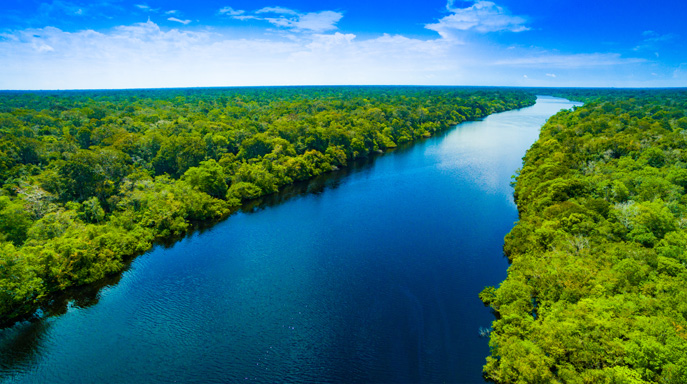 Places like the Amazon with high biodiversity value are key to preventing pandemics.(Credit: worldclassphoto/Shutterstock)

Walzer says better cooperation and coordination between agencies, and at international and regional level, as well as at the national level, are needed. So are multi-sectoral funding streams. “Not only is knowledge often siloed, but the funding streams are also siloed, so it’s difficult to pull together a holistic approach.”

He points to movement in this direction: the World Bank has a One Health operational frame, while last year the WHO, the Food and Agriculture Organization (FAO) and the World Organisation for Animal Health (OIE) launched a guide to support countries to set up cross-sector collaborations to tackle zoonotic disease.

One important facet is in improving surveillance of the human populations that are most vulnerable to infectious disease, and to pay attention to animal die offs.

When you invest in a place over the longer term you get benefits ... of biodiversity, employment, and you secure carbon

What can business do? Sizer highlights the commitments on deforestation-free supply chains, made by many of the world’s largest companies. “Most of them have not implemented those commitments and are being very slow to do so. I hope this leads to an even greater sense of awareness amongst corporate leaders who are sourcing commodities from areas which are rich in natural vegetation – whether soy and beef, palm oil, or cocoa.

All of that potentially can play a role in increasing the risk of a future pandemic. There’s really no excuse now for these companies to continue to source products that are coming from recently deforested land.”

Preventing the next pandemic will mean a focus on biodiversity. Scanlon urges a focus on places of high biodiversity value. “When you focus on a place and invest in a place over the longer term you get benefits... of biodiversity, employment, and you secure carbon.” 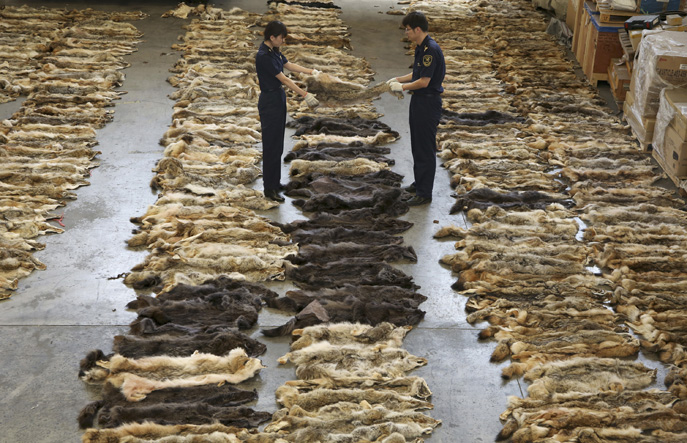 Campaigners have been seeking international agreement to restore 50% of the planet’s land and oceans to their natural state by 2050. This year’s Convention on Biodiversity, due to have taken place in China, is postponed owing to the pandemic.

But biodiversity will be discussed at the UN’s General Assembly in New York in September (either virtually or physically). Campaigners hope it offers a chance to begin a rethink of our relationship with nature, and to see it as an essential element of human health.

Can Big Food rise to the climate challenge?
Editor’s letter: Can tourism tread more lightly?
As energy security concerns trump climate, will drive t...
How governments are giving to nature with one hand and ...
comments powered by Disqus