The UN COP26 climate summit last month saw nature taking a seat at the table in climate change negotiations for the first time. More than 100 world leaders signed a pledge to end and reverse deforestation by 2030, recognising that protecting and restoring forests are essential to tackle both poverty and climate change. Two-thirds of governments also committed to restoring or protecting ecosystems in their nationally determined contributions (NDCs). Meanwhile, multilateral development finance institutions (DFIs) – including the Inter-American Development Bank, the African Development Bank, and the World Bank Group – signed a joint statement pledging to set out strategies for mainstreaming nature into their spending by 2025.

Prior to COP26, a parallel global process that affects all our lives kicked off but received considerably less fanfare. The UN Convention on Biological Diversity (CBD COP15) process started in October amid the context of a year that has seen record-setting floods, droughts afflicting half of the U.S. and leaving people in Madagascar starving, and wildfires tearing through the world’s tropical forests.

CBD recognises biodiversity as more than just plants and animals. It aims to put the air we breathe, the water we drink, the food we eat and the medicines we rely on at the heart of sustainable development. It’s a critical agreement not just for nature, but for all the people that depend upon it. Across the globe, 40% of the population live in rural areas of developing countries that rely directly on nature and biodiversity for some part of their livelihoods, making issues of nature and development interdependent. Next spring will see CBD COP15 go to China, and the pathway governments agree there will determine the action we take over the next decade to protect and restore the nature we all rely upon.

Public finance lies at the crux of the problem. The role of DFIs is to support the economic growth of countries and tackle poverty in the most sustainable way that is in line with public policy. As governments commit to a pathway towards tackling the triple threat of climate, nature and poverty through global processes such as CBD, the state-owned DFIs that they fund must align to those policy signals and cease funding projects that have a destructive impact on nature and undermine their development objective. In fact, DFIs have already been mandated on multiple occasions by the G7, the G20 and at COP26 to address their impact on nature.

The global governments that fund the world’s DFIs have the capability and the remit to influence these institutions. They hold the key to harnessing the power of the public finance sector. Governments can no longer claim arms-length immunity from the actions of the DFIs or turn a blind eye as the global environmental commitments they have signed up to are undermined.

You don’t have to look far to find real life examples of DFI-funded projects that just simply should not be happening. A recent report from Portfolio Earth, called Subsidising Extinction, found a DFI-funded bauxite mine in the Boké region of Guinea in Africa. Since its inception in 2017 it has displaced local people and led to the death of up to 70% of the local population of critically endangered West African chimpanzees. Guinea Alumina Corporation (GAC) developed the Boké mine with funding from the African Development Bank and International Finance Corporation, which provided a staggering $460m debt and guarantee package. 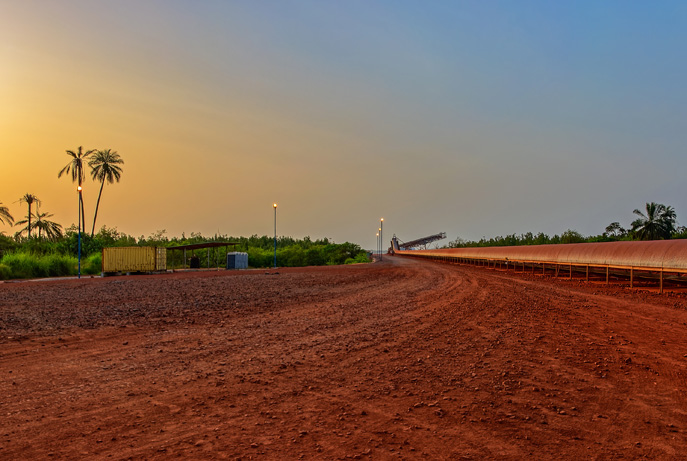 A bauxite mine in Guinea, where DFI-funded projects are displacing people and wildlife. (Credit: Igor Grochev/Shutterstock)

In another example, the UK government pledged to tackle plastics pollution while simultaneously investing five times more development money in one of the world’s largest plastics and petrochemical plants in Nigeria, rather than in rural agriculture that could directly benefit people. As such, the UK is giving to nature with one hand while taking away with the other, all through the CDC Group, a development bank completely owned by the UK government.

The next year must see decisive action from the donors and the DFIs they fund. As a first step, DFIs must find a way to assess and publish their impact on nature and human rights to increase transparency as to where the money is flowing, and where the problems lie. Effective environmental and social safeguards as well as exclusion policies for the most damaging projects – such as industrial livestock, mining, industrial fishing, and fossil fuels – must then be put in place to prevent the loss of land and livelihoods in areas that rely upon it the most.

Our work is far from done, but if the first ever mandates on nature from the G7 and the forest deal from COP26 have shown us anything, it’s that hope is not lost. We can and we must enhance biodiversity protection if we are to solve the triple threat of climate change, nature and poverty.