Since the concept of Golden Rice came into existence some 20 years ago, it has bred controversy and debate, the last of which saw more than 100 Nobel Prize recipients issue a letter challenging Greenpeace and like-minded organisations to end their campaigns opposing the crop.

“We urge Greenpeace and its supporters to re-examine the experience of farmers and consumers worldwide with crops and foods improved through biotechnology, recognise the findings of authoritative scientific bodies and regulatory agencies, and abandon their campaign against ‘GMOs’ in general and Golden Rice in particular,” the letter reads.

A genetically modified type of rice, Golden Rice has been engineered to biosynthesise beta-carotene, a precursor of vitamin A, and is being offered to developing countries as a means of fighting widespread vitamin A deficiency and malnutrition. 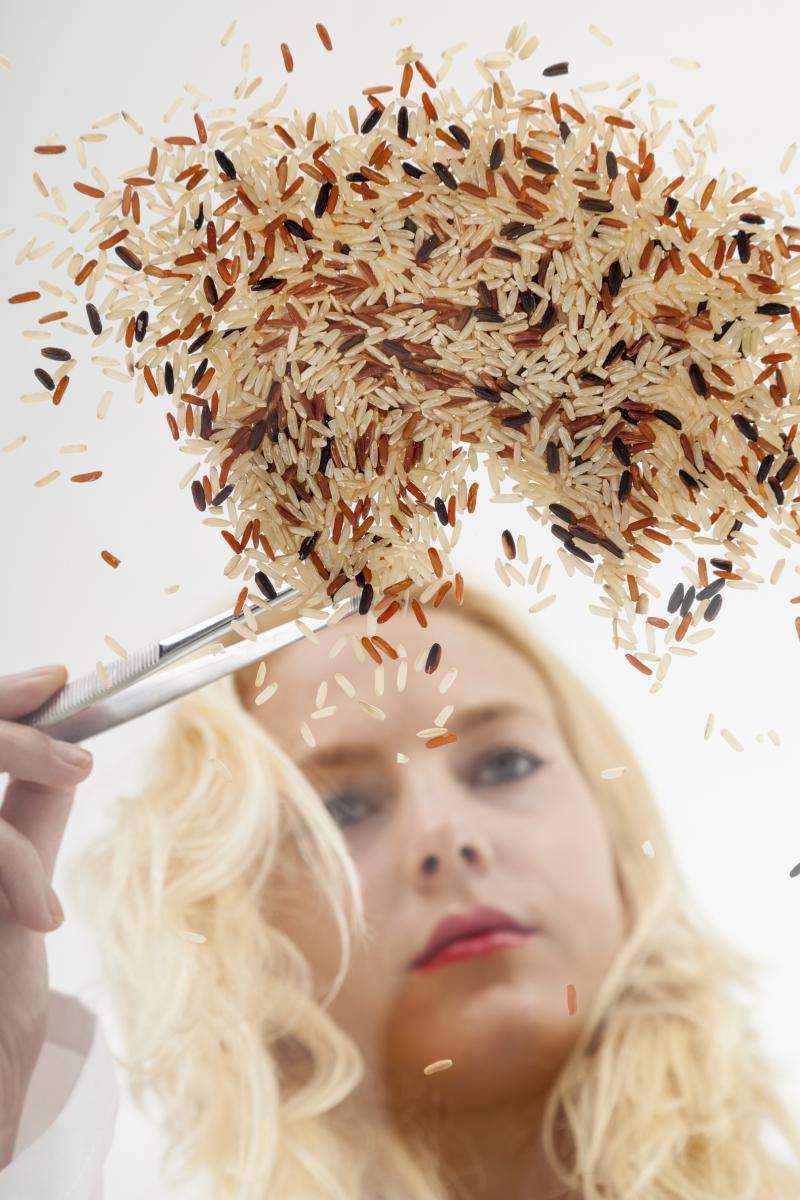 The rice has been engineered to biosynthesise beta-carotene

According to the World Health Organisation (WHO) some 250 million people worldwide suffer from vitamin A deficiency, including 40% of children under five years old in the developing world. It is the leading cause of preventable blindness in children and increases the risk of disease and death from severe infections.

Wilhelmina Pelegrina, campaigner at Greenpeace Southeast Asia argues that accusations that anyone is blocking genetically engineered Golden Rice are false. “Golden Rice has failed as a solution and isn’t available for sale, even after more than 20 years of research,” she tells Ethical Corporation. “As admitted by the International Rice Research Institute, it has not been proven to actually address vitamin A deficiency.” 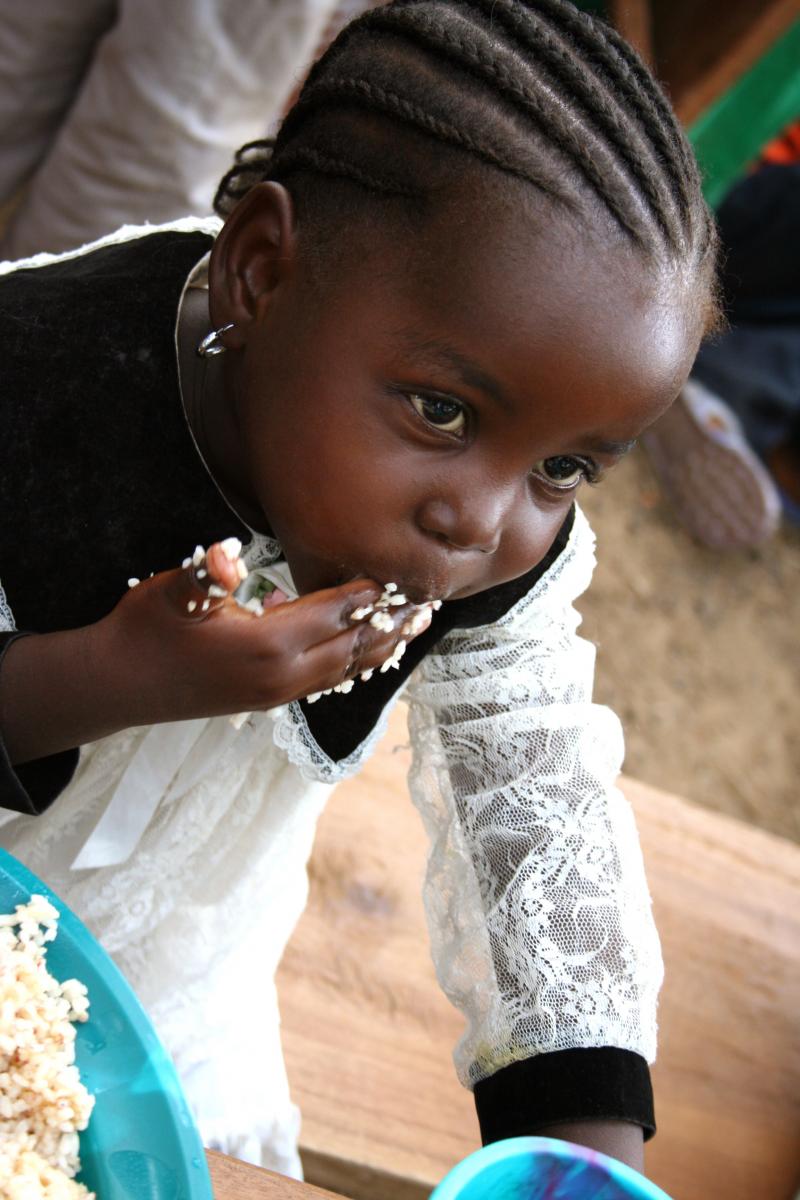 Some 250 million people worldwide suffer from vitamin A deficiency

Dr Vandana Shiva, an Indian scholar and environmental activist who has dubbed Golden Rice a hoax, explains that the daily average requirement of vitamin A for adults is 750 micrograms. Bearing in mind that one serving of Golden Rice contains 30g of rice according to dry weight basis, she believes Golden Rice would only provide 9.9 micrograms of vitamin A, equal to just 1.32% of the daily recommended intake.

Indeed, Greenpeace, and other NGOs working against Golden Rice, perceive the entire effort as a deceitful tool to push the agenda of those in support of genetically engineered (GE) food, calling it a public relations exercise.

“This is more of a publicity stunt to gain acceptance for genetically engineered crops globally, than a real solution to vitamin A deficiency and malnutrition,” Pelegrina says. “The hype around GE Golden Rice distracted attention and funding from real, working solutions.”

However, the Laureates are concerned with the fact that, according to the United Nations Food and Agriculture Organisation (FAO), global production of food, feed and fibre will need to almost double by 2050 to meet the demands of a growing global population.

“Greenpeace has spearheaded opposition to Golden Rice, which has the potential to reduce or eliminate much of the death and disease caused by a vitamin A deficiency, a condition that has the greatest impact on the poorest people in Africa and Southeast Asia,” the Laureates wrote. 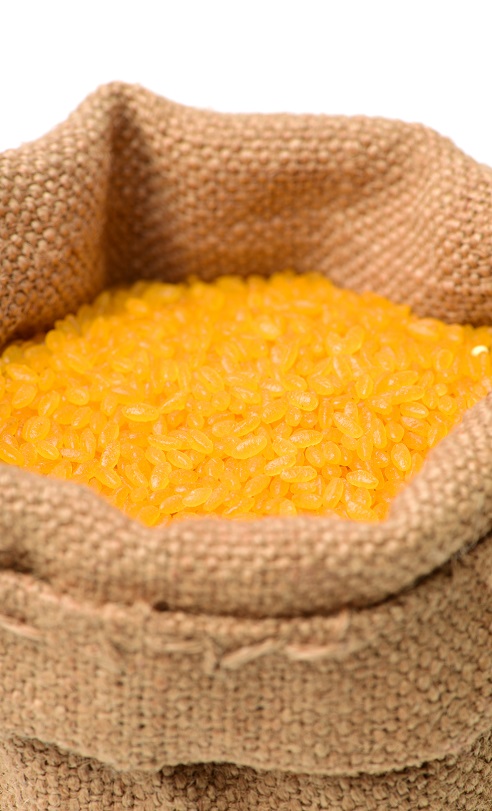 Richard Roberts, chief scientific officer of New England Biolabs and co-winner of the 1993 Nobel Prize in Physiology or Medicine told Ethical Corporation that indeed, “the Golden Rice yields necessary for routine use are still not available”. However, Roberts also believes: “This points to much of the dishonesty used by Greenpeace to promote their agenda. They have constantly introduced roadblocks to its development and then try to claim that, because it is not ready, there must be something wrong with it as it is taking so long to get it into the hands of children in the developing world.”

For decades Greenpeace has raised awareness of the dangers of GE foods, which it deems environmentally irresponsible, as posing risks to human health, and could compromise food, nutrition and financial security. Those opposed to genetically modified organisms (GMOs) fear that these can spread through nature and interbreed with natural organisms. This could lead to contamination of non-GE environments and threaten future generations in unforeseeable and uncontrollable ways that cannot be undone. Through their campaigns, they advocate labelling of GE ingredients and the segregation of genetically engineered crops and seeds from conventional ones. They also helped bring the Biosafety Protocol to life in 2003, an agreement designed to regulate the international trade, handling and use of any GE organism. It hoped to prevent adverse effects on the conservation and sustainable use of biological diversity, taking into account risks to human health.

According to Greenpeace, Golden Rice has been the poster child of the GE lobby groups and corporations keen to pave the way for global approval of other more profitable genetically engineered crops.

The proponents of GE food disagree. They believe Golden Rice is important because it exemplifies what is possible using GMO methods. “It is hard to argue against GMO crops that improve human health,” Roberts says. “The campaigns against [Golden Rice] recognise that if it is approved and widely disseminated their arguments will lose their appeal. They have decided to kill this initiative at all costs.”

The Laureates argue that today, we have developed the tools and technology to tackle the problems of tomorrow, namely feeding an already hungry and growing world population. They believe it is our moral obligation to use every tool at our disposal to help ease world hunger. The Allow Golden Rice Now! campaign has even called its prevention a crime against humanity. 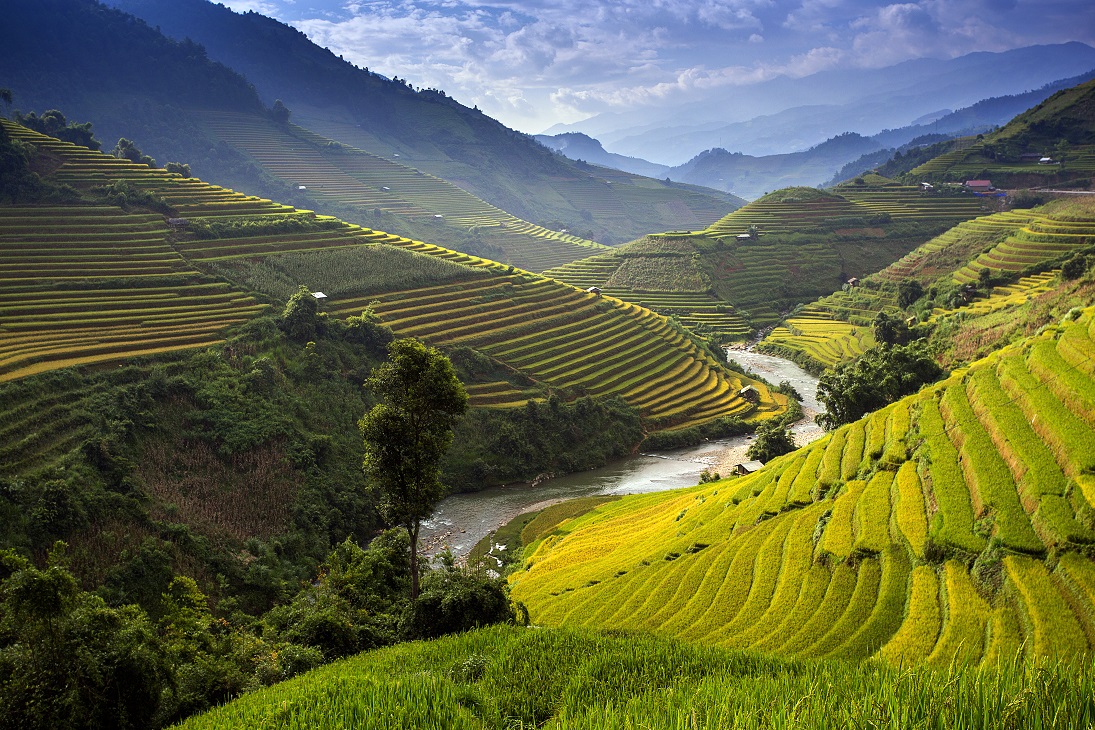 Global production of food will need to almost double by 2050

Pelegrina of Greenpeace is not convinced. She explains that well-proven solutions to fight vitamin A deficiency, multi-nutritional deficiencies and malnutrition are known, available and cost-effective. “For example, vitamin A deficiency is being successfully tackled by a combination of supplementation and home gardening in Bangladesh, whereas 20 years ago it was considered one of the worst public health problems. What these countries need is a resilient food system based on ecological farming to address food and nutrition security,” Pelegrina says. “We need to address malnutrition through a more diverse diet, equitable access to food, and eco-agriculture.”

A solution the Laureates and supporters of bio-engineered foods fear is unrealistic and dogmatic. Dr Al Babili of the University of Freiburg explains that many families in poor countries cannot afford to buy a varied diet. Many of the fruits and vegetables that could provide vitamin A do not grow in the area, are perishable or are only available seasonally.

Despite their ardent differences, both sides of the Golden Rice debate claim to be driven by the same endgame: to feed and alleviate the poor and malnourished. Instead of locking horns, perhaps they should join forces to achieve their common goal.

Can business bridge the yawning gap in finance for natu...
Brands failed to meet promises to protect forests. We c...
Policy Watch: Norway deal with Indonesia a bright spot ...
Can Big Food rise to the climate challenge?
comments powered by Disqus