Green groups say the European Commission has listened to member-states rather than science in allowing biomass for energy. Angeli Mehta reports

Environment groups are urging members of the European parliament to reject the text of the newly published sustainable finance taxonomy, because it ignores climate science in key areas such as bioenergy and forestry.

In April, four environmental and consumer groups suspended their participation in the expert platform that has spent over two years putting together science-based criteria for more than 60 activities, to determine which financial investments can be labelled as environmentally sustainable. The criteria were weakened between the publication of the first draft last November, and the final text at the end of April.

Henry Eviston, sustainable finance policy officer for WWF, says member-states have asked the Commission “to essentially design the taxonomy to suit their national interests. That’s highly problematic from a scientific perspective, because it’s clear that no label, no standard that is credible, should be based on lobbying or politics. It should be based on climate science.”

The implementing legislation includes forestry and bioenergy – big issues for Nordic countries like Finland and Sweden, which use bioenergy to meet more than a third of their energy needs. Under the taxonomy criteria, two-thirds of European forest holdings won’t have to carry out any climate benefit analysis. Eviston says this effectively means that the holding can be classified as making a substantial contribution to climate mitigation as long as there’s a basic forest management plan.

Ecosystem health and the ability of those ecosystems to contribute to climate change, are intrinsically linked

There is no mandatory requirement to build and maintain carbon stocks, while the clear-cutting of forests (which harms ecosystems and soil health) is not excluded. Holdings greater than 13 hectares will have 30 years to carry out a climate benefit assessment – taking them beyond the timeline of the EU Green Deal and Paris commitments.

“In primary sectors like forestry, bioenergy and agriculture, ecosystem health and the ability of those ecosystems to contribute to climate change, are intrinsically linked. If you have unhealthy ecosystems or degraded ecosystems, you will find it very, very hard to get any sort of contribution to climate-change mitigation,” says Eviston.

Another area of concern is the decision to allow adherence to “national legislation” to determine whether forest activities will make a substantial contribution to climate. 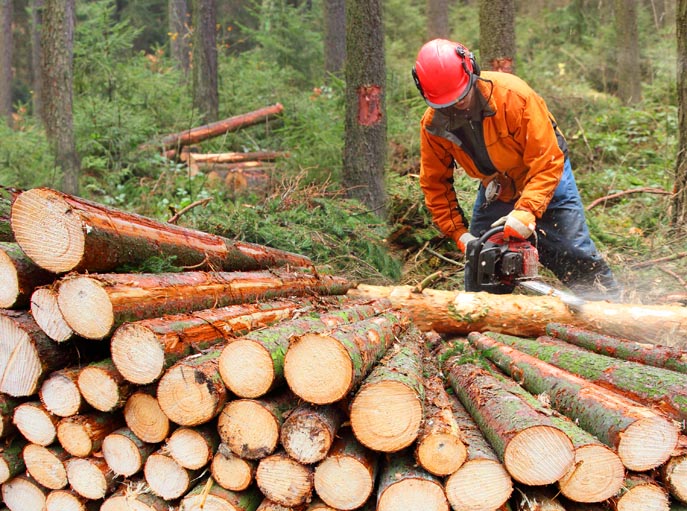 The EU is accused of ignoring climate science on forestry. (Credit: kletr/Shutterstock)

Bioenergy is being pursued aggressively across Europe. The largest is Drax in the UK, a former coal-power producer that this year shifted completely from coal and gas and in April acquired Canadian biomass pellet producer Pinnacle Renewable Energy. The Commission̕s decision comes in spite of the fact that its own experts, the Joint Research Centre (JRC), concluded that out of 24 means of harvesting biomass just one would have a positive, or no, impact on climate mitigation and biodiversity. All other scenarios posed risks to biodiversity, climate mitigation or both.

However, the JRC put the ball in the politicians’ court saying that “the governance of bioenergy sustainability is characterised by uncertainty about consequences, diverse and multiple engaged interests, conflicting knowledge claims and high stakes, and can thus safely be dubbed ‘a wicked problem’.” Identifying the “right” policy tool was a political decision, it wrote.

Andreas Hoepner, professor of operational risk, banking and finance at University College Dublin, who sits on the commission’s technical expert group for sustainable finance, says that the original idea of using forest by-products from industries such as furniture and housebuilding to produce energy doesn’t sound unreasonable, but “the moment you scale bio-energy, you pervert it because then you actually cut the trees for the bioenergy much more than for the [furniture]. The by-product takes over as the main product. And then it all becomes bonkers.”

However, he said he didn’t think the taxonomy process should be stopped as a result of disagreement over those two issues. Like WWF, he expects that the upcoming biodiversity and forest strategies, as well as revision of the Renewable Energy Directive, will provide the opportunity for renewed debate. Unusually, the Commission itself has said that it will review the criteria on forestry and bioenergy before the end of the year.

The revision has already been heavily criticised by the Commission’s own legislative quality control advisers, over a lack of clarity on bioenergy rules. Euractiv reported that in April, the Regulatory Scrutiny Board asked for a number of improvements to address “confusing or incomplete” analysis of bioenergy options, including whether “the proposed sustainability criteria for biomass and increased use of bioenergy [especially after 2030] are aligned to the Green Deal’s ‘do no harm’ principle, in particular for air pollution”.

Angeli Mehta is a former BBC current affairs producer, with a research PhD. She now writes about science, and has a particular interest in the environment and sustainability. Angeli also writes the monthly Policy Watch column in The Sustainable Business Review @AngeliMehta.

This article is part of The Ethical Corporation summer 2021 in-depth briefing on natural capital. Click on the cover to download your digital copy for free.