How France is stealing a march on sustainability

This month's magazine reports on the state of sustainable business in France, looking at how the country is taking leadership on issues from climate to human rights, and how the new Macron government looks set to lift that ambition even further

The Paris climate conference in 2015 was one of the most exciting moments of my career as a journalist, and I am sure that sentiment is shared by most of the people who were fortunate enough to be there.

The feeling of hope, after years of doom and gloom about climate issues, was pervasive almost from the start of the 10-day conference, and it carried through into an agreement that was more ambitious than even the organisers had dared to dream.

Hosting COP 21 was a seminal moment for France, coming just after it had brought into law its ambitious Act on Energy Transition for Green Growth, targeting cuts of 40% in greenhouse gas emissions, bold new measures to cut packaging waste, and a mandatory requirement for companies to report on their impacts on climate change, the first country to do so.

In our August issue we look at France's emergence as a sustainability leader. Correspondent Stuart Buckman reports on how Emmanuel Macron, since he became president in May, has signalled readiness to push French leadership on climate even more aggressively to protect the agreement that bears the name of the French capital. He appointed the celebrity environmentalist Nicolas Hulot as his number three, and squared up to Donald Trump after his announcement the US will leave the Paris Agreement. He spoke for Europe when he called on American scientists and citizens to sidestep their bombastic new president and work directly with France and European researchers on solving climate change.

The contrast with UK prime minister Theresa May, who refused to even sign a letter from European leaders asking Trump to reconsider withdrawing from the Paris Agreement, was stark. Britain had for years led within the EU on climate change issues, the first country in the world to sign up to binding targets to cut CO2 emissions in the 2008 Climate Change Act. But it was clear it had ceded that position to France just a month before the Paris conference, when, instead of announcing the go-ahead of the world’s first commercial carbon capture and storage programme on a coal-fired power station, as expected, David Cameron’s government sourly pulled the plug on it.

France has legislated to tackle food and plastic waste and to make companies report on how they integrate ESG factors in their operations.  Hulot said in June that this obligation would be extended to reporting on climate impacts. The Institute for Climate Economics is tipping France to become the world's green financial hub while  12 French companies among the top 100 on Corporate Knights 2017 list of most sustainable companies (pipping the UK with 11).

French leadership has not only been on environment issues. While the UK's Modern Slavery Act was important, its only sanction on companies is reputational. We report on how France's new duty of care law is far broader, more rigorous and will have sharper teeth than the UK legislation. Macron has also promised to crack down on corruption, one area where it has been a laggard until now.

Even Paul Polman, CEO of Unilever, the until now undisputed leader of sustainable business, must be looking over his shoulder. Emmanuel Faber, CEO of Danone, is now head of the US's biggest public benefit corporation with the acquisition of healthfoods group WhiteWave. Danone has also been leading on developing the innovative Livelihoods Carbon Fund, a group of mainly companies using carbon finance to tackle poverty and increase the resilience of supply chains.

We profile some of the other French companies that are working to change the global paradigm for business, including L’Oréal and Kering, and examine the prospects of the Macron government pushing through with even more ambitious climate targets, including making France carbon-neutral by 2050 and phasing out the sale of fossil-fuel vehicles. 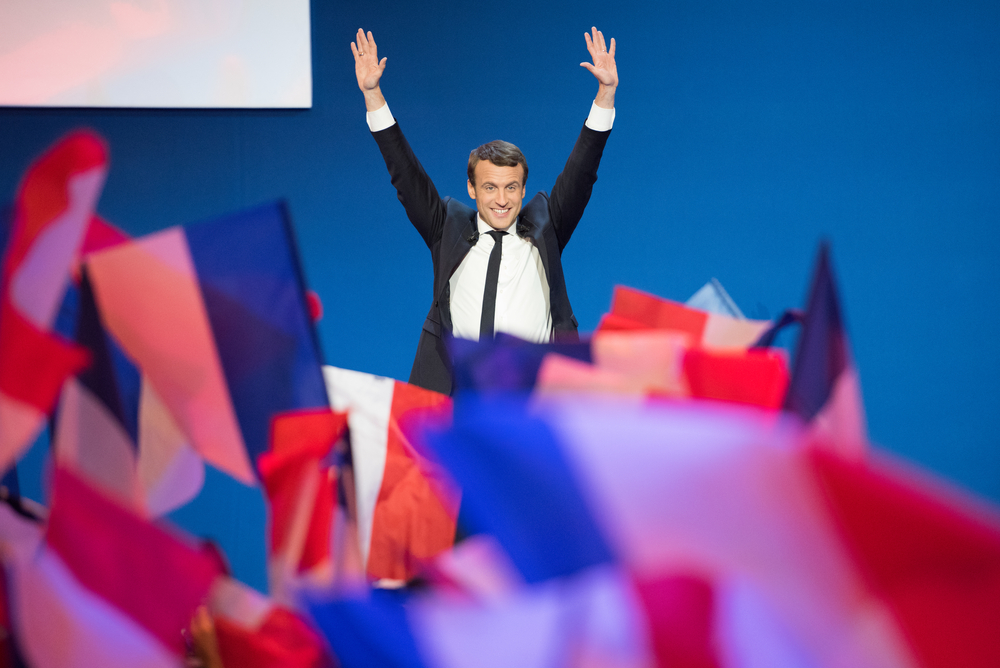 ‘We are sliding from climate crisis to climate disast...
'We have the solutions to give everyone access to ...
ESG Watch: Biden's ‘made-in-America’ climate l...
ESG Watch: Including gas in Europe’s green investment...
comments powered by Disqus