The IEA estimates that half of the emissions reductions necessary to reach net zero will come from technologies that are too nascent to be used commercially today. Yet now is precisely when they need to be deployed, given that reaching 1.5C depends on cutting emissions by 45%  in the next eight years.

So one of the big announcements at COP26 was from the U.S. Special Presidential Envoy for Climate John Kerry, as he unveiled a new platform with the World Economic Forum that will speed up the adoption of new technologies in the hard-to-abate sectors of steel, trucking, shipping, aviation, cement, aluminium and chemicals.

Just like the Climate Group’s RE100, whose members have accelerated the uptake of renewable energy by committing to buy 100% renewable power, the 34 members of the First Movers Coalition, which represent almost $6tn in market value, commit to buy green industrial technologies despite their high price tags, with the idea of driving up demand, and eventually bringing down cost.

We’re going to need to do this across the economy, from region to region, hemisphere to hemisphere, continent to continent

At the launch, Kerry said the coalition would likely be one of the most important outcomes of COP26, because it will “turbocharge” innovation in  tackling emissions in sectors that have been regarded as too difficult to decarbonise, though they account for a third of global carbon emissions. 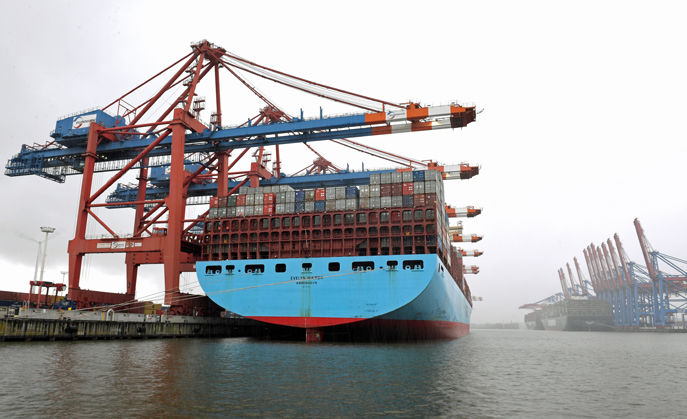 “We’re going to need to do this across the economy, from region to region, hemisphere to hemisphere, continent to continent …. If we get this cooking, it will go X factor faster than it would otherwise. And that is what we need.”

It is hoped that such private sector commitments could really help move the needle in shipping, where the International Maritime Organization is working under a draft greenhouse gas strategy that only requires the sector to reduce its absolute emissions by 50% by 2050 compared to 2008.

Kara Hurst, chief sustainability officer at Amazon, said the giant retailer’s climate pledge to get to net zero by 2040 includes an interim target of delivering 50% of Amazon shipments with net-zero carbon by 2030.

She said the First Mover Coalition’s commitment aligns with that of the Cargo Owners for Zero Emission Vessels, another collaborative platform launched in October by the Aspen Institute, whose signatories pledge to progressively switch all of their ocean freight to zero-carbon fuelled vessels by 2040. 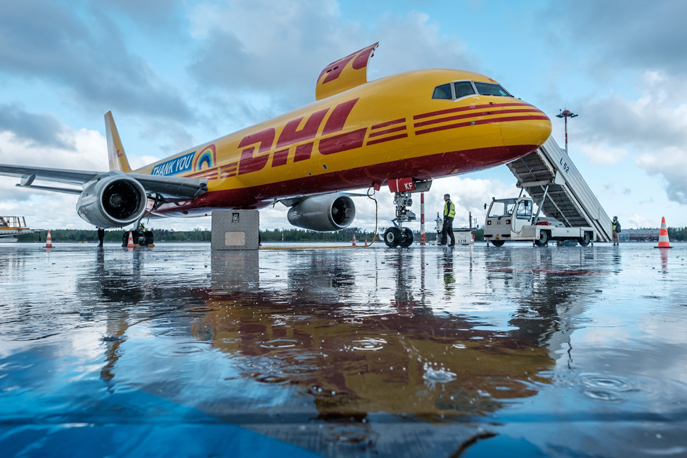 DHL is planning to introduce SAF on 200 weekly flights out of the UK. (Credit: Karlis Dambrans/Shutterstock)

“It’s important that cargo owners with net zero commitments see the alignment of these kinds of [buyers’] initiative,” Hurst said. “We need to send those demand signals.”

Another company set to benefit from the shipping commitment is Maersk, which recently placed a  €500m green bond to fund the construction of a feeder vessel and eight large ocean-going container vessels capable of operating on carbon-neutral methanol by 2023 and 2024.

Søren Skou, CEO of Maersk, said in a World Economic Forum panel in September: “We’ve tried to solve the chicken and egg situation. Today, there’s no one producing green fuels for shipping because no ships are using it. At the same time no one is building green ships because they can’t buy the fuel. But I’m a big believer in creating demand and a market. We’ve ordered what will eventually become 12 ships, and I need to find 500,000 tons of green fuel by 2025.”

To be early in adopting new technologies may be challenging, but to be too late might be devastating

He added that although the fuels will be expensive, as much as three times conventional fuels, the premium that final customers pay will be “negligible”.  And with more than half of Maersk’s top 200 customers having set science-based targets, covering all three scopes, he says big customers like Amazon and Walmart, are demanding lower-carbon logistics.

Anna Borg, CEO of Swedish power company Vattenfall, said her company had committed to buy green technologies in aviation, trucking and steel through the coalition, all of which will be critical to Vattenfall meeting its pledge to become net zero by 2040.

“We are heavily underestimating the risk of staying in the existing business models, because things are evolving and new business models will be developed across industries and companies,” she said. “To be early [in adopting new technologies] may be challenging, but to be too late might be devastating.” 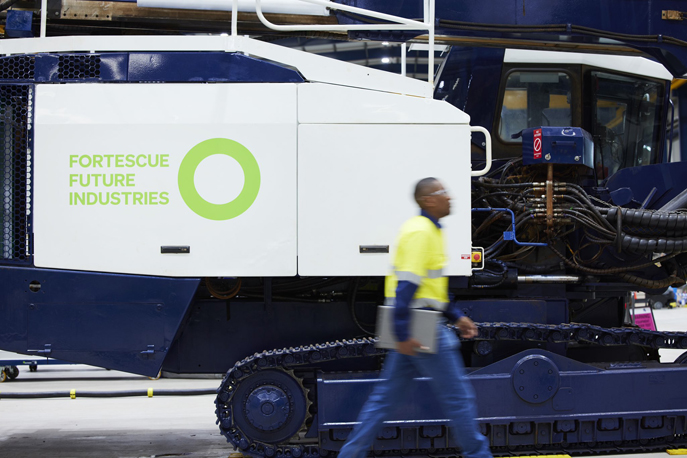 She said Vattenfall was a partner, with steelmaker SSAB and the Swedish state-owned mining company LKAB, in HYBRIT, which is already producing steel using green hydrogen. Another member of the First Movers Coalition, Volvo Cars, has signed up to buy the steel, which will go to commercial customers as early as 2026.

Also set to benefit are French energy company Engie and Norwegian fertiliser company Yara International, which are co-developing one of the world’s first industrial-scale renewable hydrogen projects in Pilbara, Western Australia, using onsite PV and a 10MW electrolyser with A$42.5m from the Australian government. The project, scheduled for completion in 2023, will also produce green ammonia for shipping.

“The First Movers Coalition is exactly what’s needed now,” said Svein Tore Holsether, CEO of Yara International. “When I look at the transition we are making, converting the production of fertilisers to renewable energy, the size of the project is equal to the combined installed capacity of electrolysers in the world to date. We don’t need a first-movers’ advantage but we’d like to be first-movers neutral, because that creates scale in the market, which will drive down cost.”

Another green hydrogen proponent is Andrew Forrest, CEO of Australia’s Fortescue Metals Group, who plans to ramp up his company’s production of green hydrogen to 15m tonnes by 2030, and 50 million by 2040 as part of its drive to becoming net zero.

At COP26, the company announced a US$8.4bn green hydrogen infrastructure project in Argentina, and signed a deal with UK construction giant JCB and hydrogen distributor Ryze Hydrogen, to supply 10% of its global green hydrogen production.

“We will commission the first ship on green ammonia within months. We’re also running a locomotive on green ammonia and big trucks on green hydrogen,” Forrest said. “We are trying to pull together a coalition of green hydrogen intenders [purchasers] and producers to produce 200m tons of green hydrogen so we can give the world a real choice away from fossil fuels. We think it will take a critical mass of 200m tonnes to achieve that, and I think that’s feasible. There’s projects all around the world by companies like mine that can make it happen if we work together.”

Brand Watch: Big brands in push to take their suppliers on net-zero journey