First do no harm: How to turn the 20s into a transformational decade for business

From paying a living wage to their fair share of tax, David Grayson of the Institute of Business Ethics outlines what Business Roundtable companies need to do to walk their talk

In the recent hit BBC/HBO drama series Years and Years, set in a dystopian near future, Muriel Deacon, the matriarch of the central Lyons family, delivers a bleak but powerful monologue. “It’s our fault,” she declares, “this is the world we built.”

Across the world, there is widespread discontent with “business as usual” whether that is in business itself, politics or wider society. Only one in five respondents to the Edelman Trust Barometer in 2019 think that the system is working for them. In the UK, it is just 14%.

This alienation is already disrupting the traditional political parties, stirring rising populism and deep divisions in society. The very tenets of capitalism itself are called into question. Even in sober business media like the Financial Times there have been recent headlines like “Capitalism: Elite gathering reveals anxiety over ‘class war’ and ‘revolution’,” and “Why American CEOs are worried about capitalism”.

If, as Muriel Deacon said, 'we are all to blame', then we will all have to be part of the solution

At the Financial Times Weekend Festival at the beginning of September, participants observed a simulated editorial board meeting debating a putative editorial about reforming capitalism.

Over recent years there have been a lot of initiatives in this space:

• Dominic Barton, when global managing partner of consultants McKinsey & Company, co-founded an initiative called Focusing Capitalism on the Long-Term.
• John Mackey, co-founder and CEO of the international supermarket chain Whole Foods, is a driving force behind the Conscious Capitalism movement.
• In 2012, Al Gore and David Blood, co-founders of Generation Investment Management, issued a manifesto for sustainable capitalism by 2020.
• Mark Hillsdon in his article in this magazine refers to the Tomorrow’s Capitalism Inquiry by thinktank Volans.
• Since 2012, with increasing urgency and directness, Larry Fink the CEO of BlackRock – the world’s largest institutional investor – has been telling fellow CEOs that they need to help address intractable social and environmental challenges.

We are on the cusp of a decade of consequences, as the world grapples with the climate emergency, hyper-global inequalities, artificial intelligence, rapidly ageing populations, biodiversity loss, mass migrations and other “wicked issues”. Will the coming decade be the “terrible 20s” or the “transformative 20s”? Or will the decade first have to be terrible in order to become transformative? 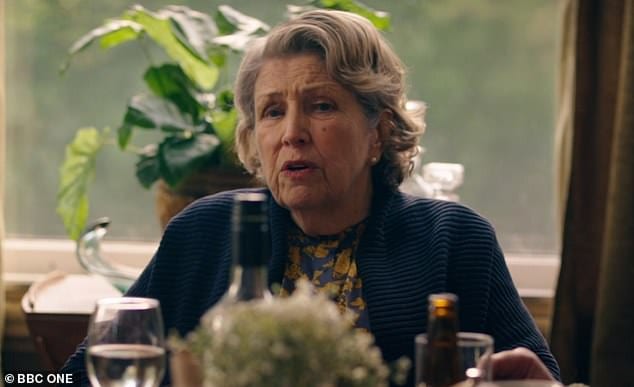 If, as Muriel Deacon said, “we are all to blame”, then we will all have to be part of the solution, whether that is accepting more sustainable patterns of consumption, more progressive taxation and becoming more active citizens. I want to focus, however, on what big business needs to do.

It starts in the boardroom. As Colin Mayer argues in his piece for Ethical Corporation, directors’ true fiduciary duty is for the long-term success of the business, and that means taking responsibility for what the economists call the “externalities” – their negative social, environmental and economic impacts.

Today, this includes social responsibilities such as paying a living wage to end the scourge of in-work poverty; contributing a fair share of taxes in the jurisdictions where corporate economic activity takes place; as well as environmental ones like setting an internal price for carbon and adopting science-based targets for reducing emissions.

These harm-reduction tactics are just the beginning. As I write in my recent book, with Chris Coulter and Mark Lee, businesses need to go All In for sustainability. This requires a strategy for sustainability that is comprehensive and covers the organisation itself and its supply chain.

To do that, as BlackRock’s Larry Fink has repeatedly argued, requires the board to define an organisational purpose that explains how the business creates value for itself and for society. This purpose must be authentic, inspiring and practical and informed by the organisation’s values. A clearly defined purpose will help the organisation make the big decisions when faced with the ethical problems of modern society.

This is the crucial point in the lively debate that has followed the re-statement by 181 US CEOs, under the auspices of the Business Roundtable (BRT), about the purpose of business. The Business Roundtable’s landmark “Statement on the Purpose of a Corporation” repudiates its 1997 declaration that “the paramount duty of management and of boards of directors is to the corporation’s stockholders.” 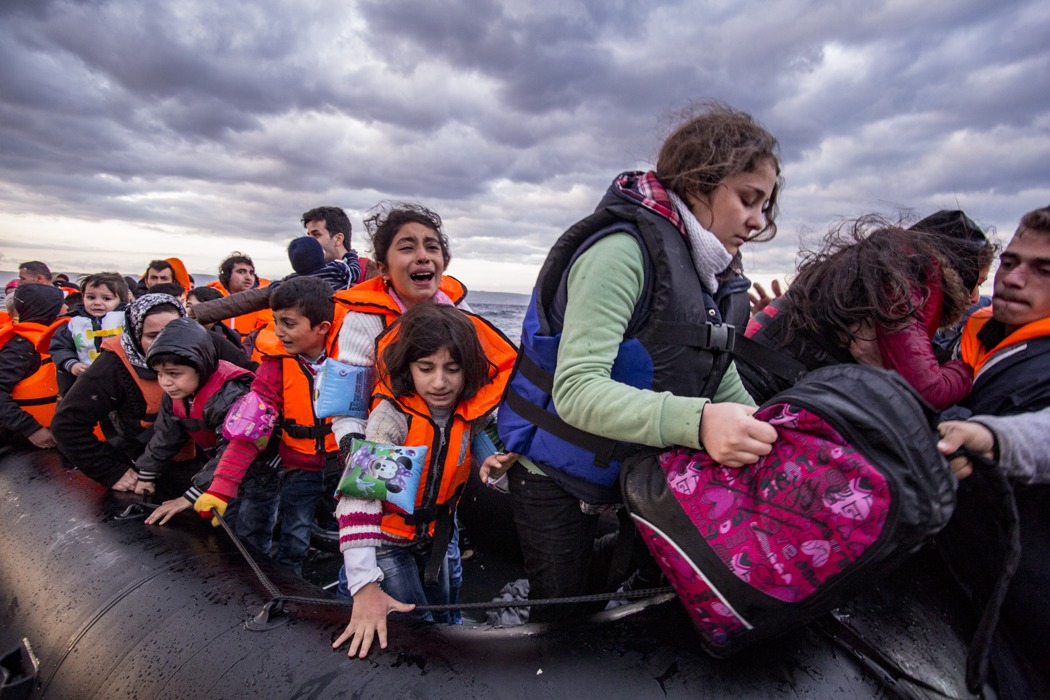 We are facing a decade of consequences such as mass human migration. (Credit: Nicholas Economou/Shutterstock)

The new statement pledges commitments to five groups of stakeholders – customers, employees, suppliers, communities, shareholders – without hierarchy; shareholders are listed fifth, suggesting to some that they are in effect last among equals. The BRT statement has generated a lot of criticism and challenge – much of it thoughtful and reasoned. I particularly like the challenge on Twitter from Anand Giridharadas, author of Winners Take All: “Is there one tax manoeuvre that is legal but unethical that one company behind the statement will renounce?”

Nevertheless, I expect stakeholders to press the BRT companies on what they are going to change. Mark Hillsdon in his article, offers some practical starting points.

One very practical step is to check that their trade associations are not contradicting the business’s own stance on issues like climate change – and to pull out of any that are.
Adopting a societal purpose should lead a company to review its activities and its product (or service) portfolio and ask if any are unsustainable or unethical. If they are, then the company needs to develop a strategy for changing them or phasing them out altogether.

It is good practice, having adopted a societal purpose, to provide workshops for employees to explore their own personal purpose(s), how these relate (or don’t, as the case may be) to the company’s, and what further opportunities there might be to reconcile and advance personal and organisational purpose in their work.

Purpose on its own, however, will not drive change. Businesses need the right culture, too. This needs to be innovative, empowering and engaging, open and transparent, and ethical and responsible. Enlightened companies know that it is not enough, for example, just to pin your values on the wall and publish a code of ethics. It requires a holistic approach, training, tone from the top, consistent and persistent communication and an assurance process, as I have argued in a previous Ethical Corporation article.

Employees have to feel empowered and encouraged to speak up when they see things that don’t feel right. But this may not always be comfortable for business leaders, especially if employees challenge the ethics of (say) supplying surveillance technologies to totalitarian regimes or excessively wide pay ratios. 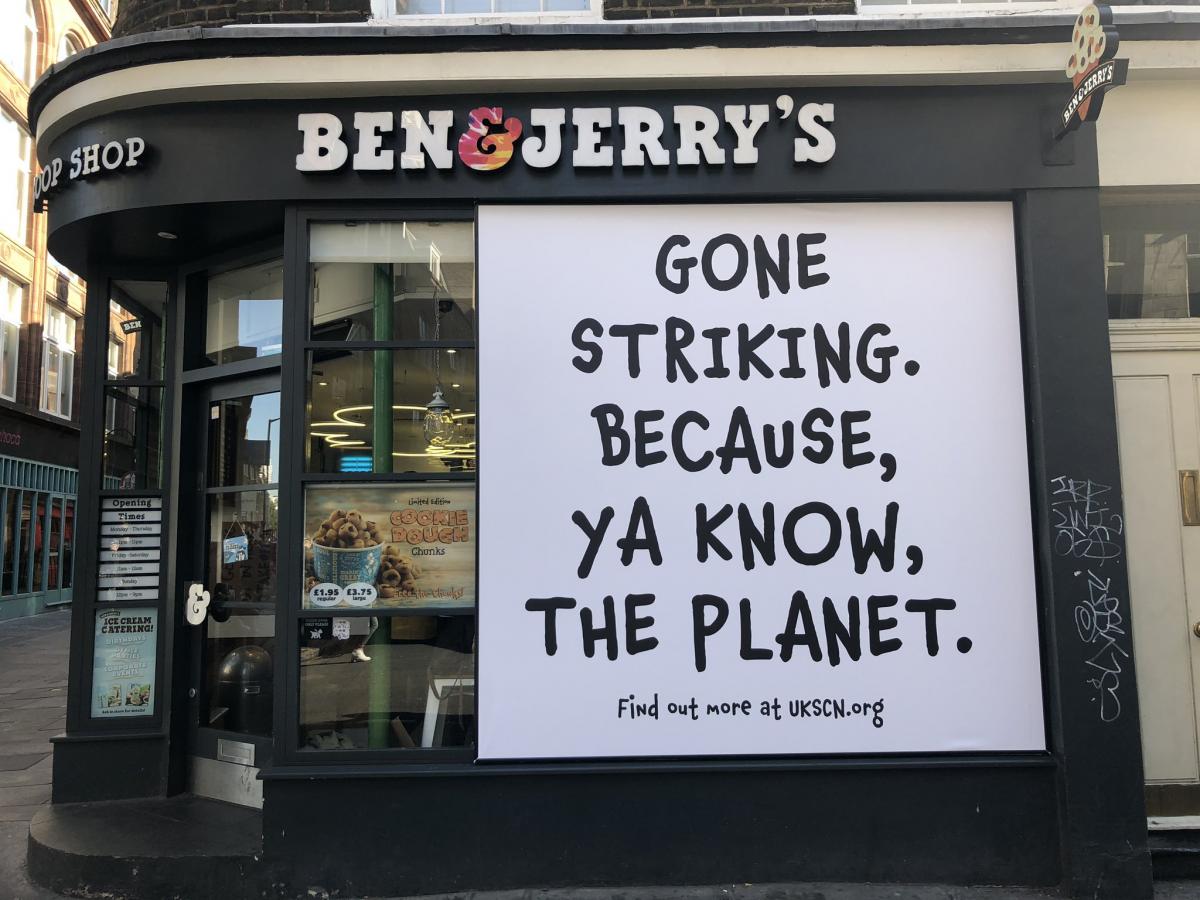 Employees are increasingly expecting their companies to take an ethical stand. (Credit: Twitter)

Employees are calling for their leaders to be prepared for advocacy: to speak out and speak up for social justice and sustainable development. Those same leaders are going to need to be prepared for employee advocacy as well, including advocacy directed at their own company.

The rise in employee activism could be seen to be a by-product of increasingly embedded business ethics programmes. Employee activism is, in a way, employees holding their organisations to stand by their stated ethical values. If there is a say/do gap – if the company says one thing but does another – then employees need to feel empowered to challenge, and speak up, where they see something unethical or out of line with the corporate values.

Recent research from Mazars and the INSEAD Business School suggests that whilst European boards now increasingly understand this agenda, they may lack the experience and skills to bridge the performance gap we currently see. Some businesses are restructuring to put stakeholder engagement more at the heart of decision-making, with stakeholder panels and sustainability advisers.

Could we see parallel boards of talented employees from different parts of a business and different levels of seniority, who receive the main board’s board-pack and give their inputs? In the political world, there is increasing interest in the use of citizens’ juries to help resolve intractable problems. Might companies – especially when dealing with tricky ethical dilemmas where there is no obvious right or wrong – also try out a variation of citizens’ juries.

It would be helpful if regulators and stock exchanges supported this greater emphasis on the long term, with reporting and listing requirements that incentivise business activities for inclusive growth and sustainable development. And I agree with Colin Mayer, who argues the case for reform of corporate law around the world to make it easier for companies to really be stakeholder companies.

Doing business ethically makes for better business. In the years and years ahead, we need big business to be ethical and sustainable role models. 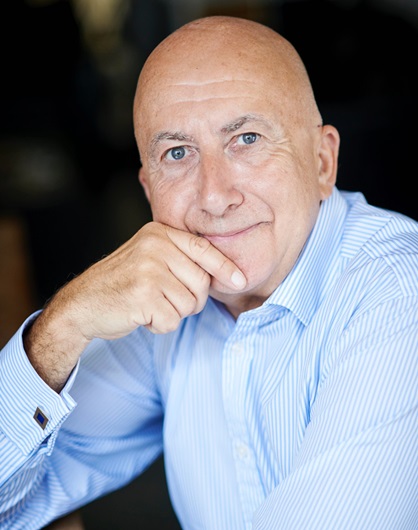 David Grayson is chair of the Institute of Business Ethics and emeritus professor of corporate responsibility at Cranfield School of Management, www.DavidGrayson.net Twitter: @DavidGrayson_

This article is part of the in depth Inclusive Capitalism briefing. See also:

What will it take to make ‘purpose’ fit for purpose?

‘Shareholder primacy is dead. Now we need to restore trust in the corporation

The invisible hand of Firmenich

We are living in a time of extreme tension across UK society. If companies can help, they should’