Fashion 'slow to act on ocean plastic pollution from microfibres'

With textiles the biggest source of the 1.4 quadrillion chemically laced microfibres that are floating in our seas and entering the food chain, Mark Hillsdon looks at nascent efforts by the likes of H&M and other Fashion Pact members to clean up its act

While images of plastic bottles littering beaches, and marine wildlife caught up in abandoned fishing nets, have dramatically raised the profile of ocean pollution, this visible plastic junk may represent as little as 1% of the problem. The rest is made up of microfibres, tiny threads that are shed by clothes during manufacturing and when they are washed. Research has shown that one machine load of washing can shed more than 700,000 of these fibres.

Although around 50% of our clothing is made from plastic, new research from Italy’s Institute of Marine Sciences suggests that the majority of these tiny threads aren’t made of synthetic fabrics such as polyester and nylon, as had been presumed, but cotton, linen and other man-made fibres such as raylon, which have been so impregnated with chemicals that they aren’t able to naturally biodegrade.

Whatever their make-up, microfibres are flooding the oceans. While some are caught by filters in washing machines, and others are extracted at waste treatment plants, it’s estimated that some 1.4 quadrillion are floating in our seas, absorbing pollutants and other poisonous substances, and becoming highly toxic.

We need to make more of a connection between the sea and what we do in our everyday lives,

They are also starting to enter the food chain, with research showing that 63% of shrimp in the North Sea now contain microfibres, as marine life mistakes the threads for food. Another report in July revealed microfibres have been found in the guts of sharks living off the UK coast for the first time, while a recent study of the Atlantic Ocean in Nature Communications found that both “inputs and stocks of ocean plastics are much higher than determined previously”.

Dr Laura Foster, the Marine Conservation Society’s head of clean seas, says: “Tiny microfibres are less visible than a plastic bottle but we need to make more of a connection between the sea and what we do in our everyday lives, including the clothes we wear and put in the wash. It all becomes part of a soup of ocean plastic.”

While the textile industry is thought to be responsible for nearly 35% of all microfibre pollution, critics say fashion brands have been slow to address the risk. 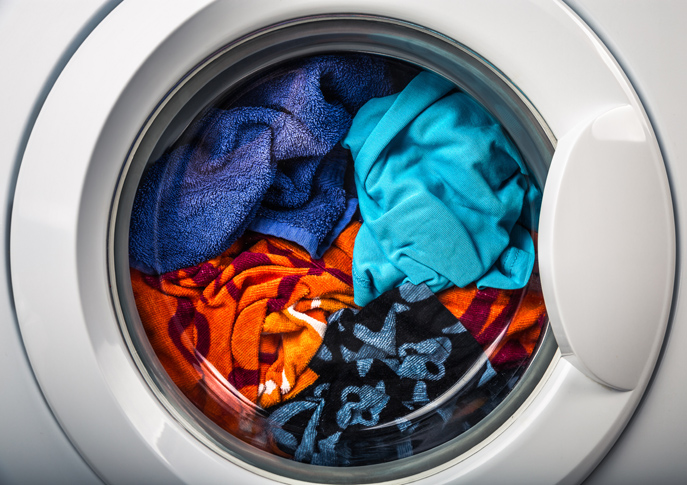 One machine load of washing can shed more than 700,000 microfibres. (Credit: Megastocker/Shutterstock)

Carry Somers is founder of Fashion Revolution, a community interest corporation that publishes an annual Fashion Transparency Index, based on a survey of over 250 leading fashion brands. The current survey revealed that only 20% of companies had a strategy in place to prevent microfibre shedding from their clothing. “Textiles are the biggest contributors to ocean plastic pollution, so why are so few brands doing anything about it?” asks Somers. “Why aren't they looking at microfibre shedding, because you can pretty much guarantee they are all using synthetics.”

H&M is one of the companies on the index that is tackling microfibres, and in a statement told The Ethical Corporation that as well as designing yarns and fabrics that minimise microfibre shedding, it is also looking at alternative, bio-based materials.

“We think that microfibre pollution needs to be tackled with a holistic view on several perspectives: design, production, fabric construction, usage on washing machines and end-of-life,” read the statement.

You need more people to move the needle. It needs the power of the collective

The company is also part of MinShed, a project run by the Swedish research institute SWEREA, which is helping the textile industry design clothes made of fabrics that don’t emit microfibres.

H&M is also part of another industry body, the Fashion Pact. Launched at last year’s G7 in Biarritz, the pact is made up of fashion industry chief executives representing over 60 leading businesses, from Adidas and Nike through to luxury names such as Burberry and Prada.

One of the pact's three commitments is to protect the oceans and includes supporting innovation to eliminate microfibre pollution from the washing of synthetic materials, as well as efforts to educate consumers on product care. 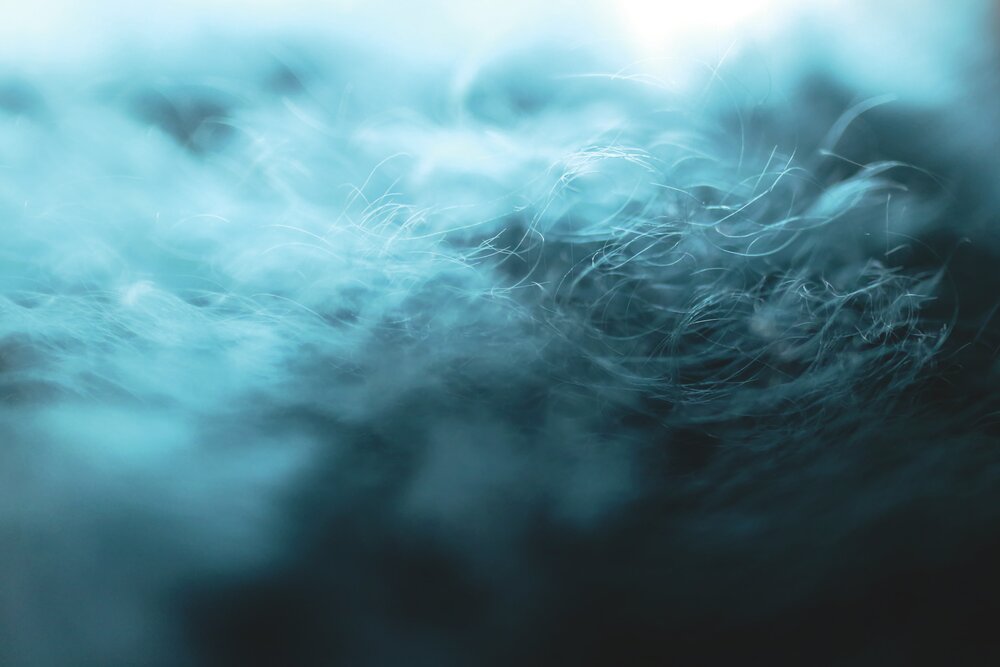 It is estimated there are 1.4 quadrillion microfibres floating in our seas. (Credit: griffyn/Unsplash)

But while the pact’s executive director, Eva von Alvensleben, confirms that CEOs are now meeting to find solutions to the problems posed by microfibres, she is tight-lipped about exactly what the pact is doing, saying the results of their action will be communicated at the end of the year.

She does, however, concede though that while “it's an industry that is at the forefront of sustainability,” fashion does need to up its game. “You need more people to move the needle,” she says. “It needs the power of the collective.”

This collaborative approach is epitomised by the Microfibre Consortium (TMC), a UK-based industry group that has developed the first standardised methodology for measuring microfibre shedding and what triggers it.

Developed with support from the University of Leeds, the methodology goes live at the end of the year, explains TMC founder Sophie Mather. This will allow different materials to be tested at scale, improving R&D and creating a database. The goal is to create a traffic-light system for shedding rates similar to that used by other consumer goods such as fridges. "That's what the brands and retailers are really wanting to move towards," she says.

Such a system will also help to drive change further down the supply chain, says Mather, and help brands make better-informed decisions about what materials are used and how garments are put together. For instance, using laser cutting rather than scissors creates less frayed edges and reduces shedding.

The consortium is also supporting the development of alternative textiles by looking at composition and fabric structure, but progress is slow. “I'm not seeing the level of innovation and technology at the yarn or the fabric level that I would anticipate at this stage,” says Mather. 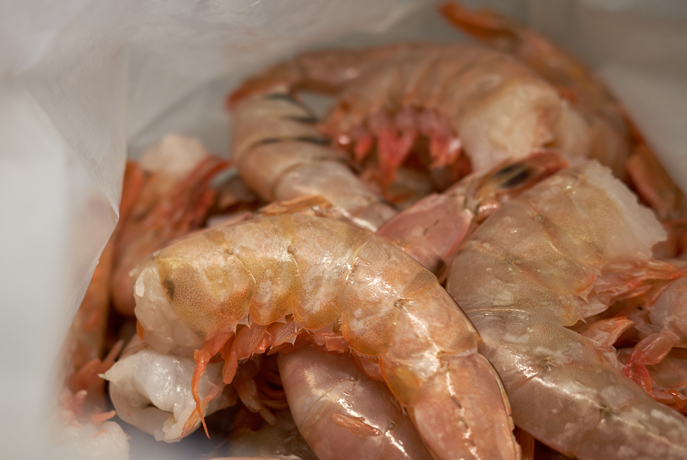 Somers agrees. “There seems to be very little brand appetite for those alternative textiles,” she says. “It's not like there's easy options out there for the industry… we need to see a lot more brands investing in innovation.”

Some progress is being made, however, particularly in the US, where Mango Materials has developed a process that turns methane into bioplastic, a naturally biodegradable material that can be used by the clothing industry. Elsewhere, biotech company Genomatica is manufacturing nylon made from plants instead of crude oil.

But Mather also stresses that biodegradable materials don’t necessarily hold all the answers. “We need to move away from just pointing the finger at synthetics; this is an issue that affects all fibres,” she says.

Rayon and cotton yarns are often processed with a wide range of chemicals, which may slow remineralisation

This is a point born out by Giuseppe Suaria’s research at the Institute of Marine Sciences. Published in ScienceAdvances in June, it showed that although microfibres are traditionally reported as microplastics in plastic pollution studies, in fact only 8.2% of microfibres it collected in 916 seawater samples from six oceans were synthetic, with 79.5% being cellulosic (including cotton, linen and man-made fibres like rayon/viscose) and 12.3% of animal origin.

It was a surprise finding, considering that synthetic polymers currently account for two-thirds of global fibre production, the researchers said.

“Our results highlight a considerable mismatch between the global production of synthetic fibres and the current composition of marine fibres,” said Suaria. 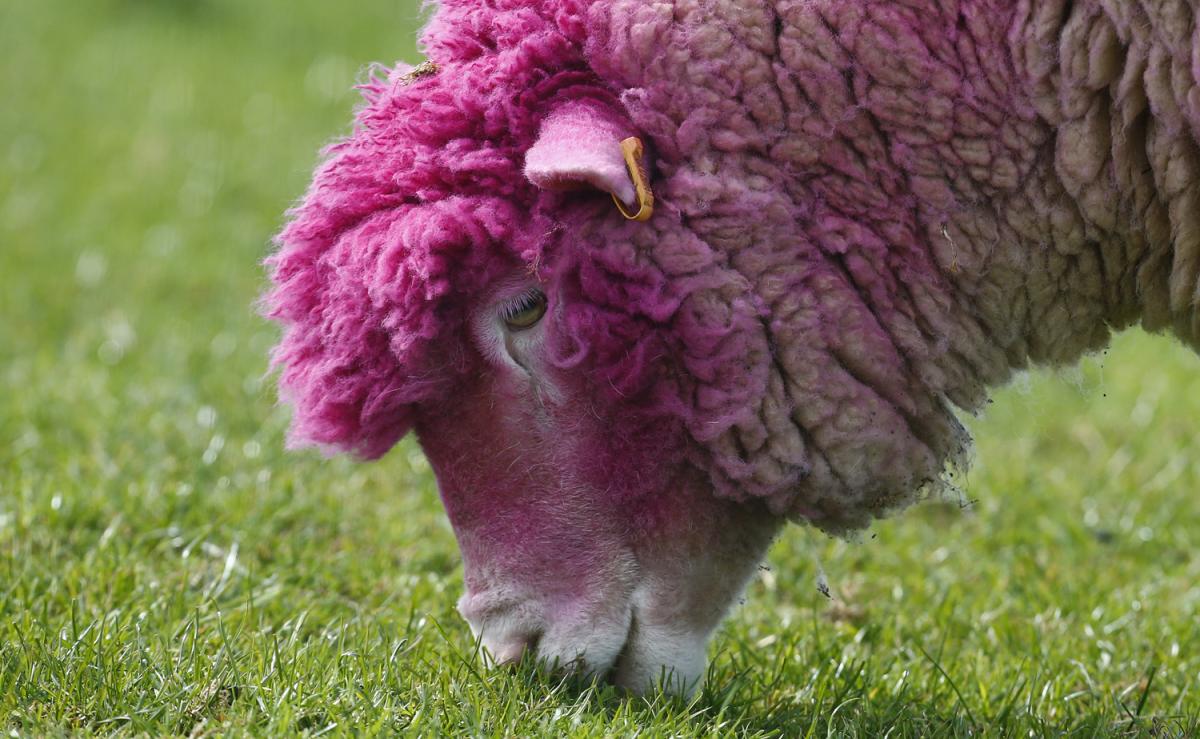 Natural products like wool that have been chemically treated do not biodegrade. (Credit: Cathal McNaughton/Reuters)

The study pointed out that despite being considered biodegradable, little is known about the degradation of wool and cellulosic fibres in marine environments. “Rayon and cotton yarns are often processed, finished, dyed, and coated with a wide range of chemicals including resins, softeners, and flame retardants, which may considerably slow their remineralisation.”

According to Fashion Revolution, more than 15,000 chemicals are regularly used in textile manufacturing, from dyes to anti-shrinking agents and water repellents: “It's an endless list,” says Somers. Yet 60% of brands don’t publish an inventory of the chemicals they use. “A lot of these chemicals are sitting in or on the microfibres,” she adds, yet “there is so little information, considering what a huge issue it is.”

It’s a question that another US business, Evolved by Nature, is seeking to tackle with a textile finishing chemistry called Activated Silk. Made from pure silk protein dissolved in water, it’s a technology that has already spiked the interest of several major brands, says company manager Meg Roberts.

“Our goal is to reduce or completely replace the use of petroleum-derived finishing chemistry in the textile industry, which is also contributing to the microplastic problem,” she explains.

“Many people don't realise that clothing is coated in different chemicals that impart desirable performance properties such as waterproofing, moisture-wicking, or anti-wrinkle. Similar to washing a synthetic garment where microfibres are shed, these chemicals are also being washed into waterways, where they accumulate and, in some cases, become more toxic.”

While the end of the year should see more announcements from the Fashion Pact, and the release of TMC’s methodology on shedding, Somers also sees the need for legislation. “This problem isn't going to go away and we really need regulation because there are always going to be those laggard brands who aren't going to move unless they're compelled to do so,” she says.

Time is rapidly running out to save oceans