Case study: Agriculture – Beyond the label

Nicaragua produces some of the world’s best high-altitude Arabica coffee, but farmers need to be certified if they want to stand any hope of competing

Nicaragua is widely recognised as one of the best coffee growing areas in the world. A combination of the right soils, climate and altitude has earned this small Central American nation an important foothold in the global specialty coffee market. Yet, as with other coffee-producing countries, the sustainability of Nicaragua’s second largest agricultural export is far from assured. Fluctuating global prices, disease (Central America as a whole has been hard hit by coffee leaf rust) and changes in weather patterns due to climate change all pose very real threats.

In large part, product certification represents a response to these challenges. The last few decades have seen a boom in international certification standards. Among the most influential are Fairtrade (under the FLO International and FLO-CERT brands), Netherlands-based UTZ and the US-headquartered Rainforest Alliance. All operate in Nicaragua. A number of roasters operate their own certifications too, with Starbuck’s C.A.F.E Practices perhaps the best known. 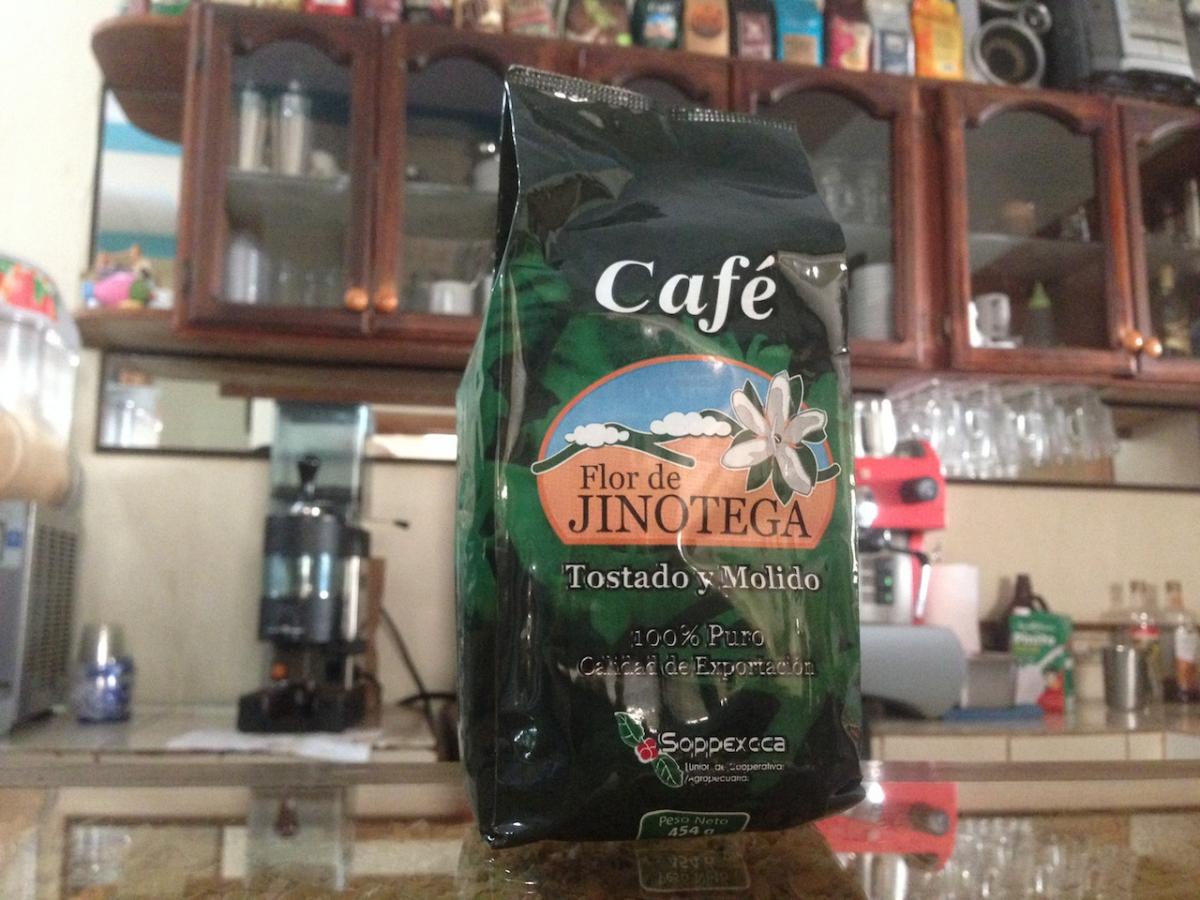 Becoming certified isn’t without its costs, so why do producers bother? The most obvious answer is economic. First and foremost, certification offers farmers a minimum price and – ideally – a price premium. Secondly, it provides access to export markets that would otherwise be closed to them. The impacts of both these benefits are felt most keenly by small producers. “Without Fairtrade, it would be very difficult for us to compete with the big international exporters because they have much larger production volumes and greater access to finance,” says Fátima Ismael, general manager of Soppexcca, a coffee cooperative in Nicaragua’s Jinotega province.

Soppexcca’s 650 small producers currently receive around $182 per quintal (46kg), allowing them to cover their basic costs as well as provide a small surplus. Under its agreement with FLO, the cooperative has agreed a £160 base price, inclusive of the social premium. This has served as a “lifesaver” when the market price falls dramatically, as it has done in the recent past, says Ismael.

As for access to foreign markets, certification is almost a prerequisite now for those coffee growers in Nicaragua interested in targeting the high-end specialty market. “The first thing that any serious producer has to do is get certified if they want to enter the export market because without that they can’t realistically market their product”, says Mary Idania Saenz Artola, a local auditor for Rainforest Alliance. 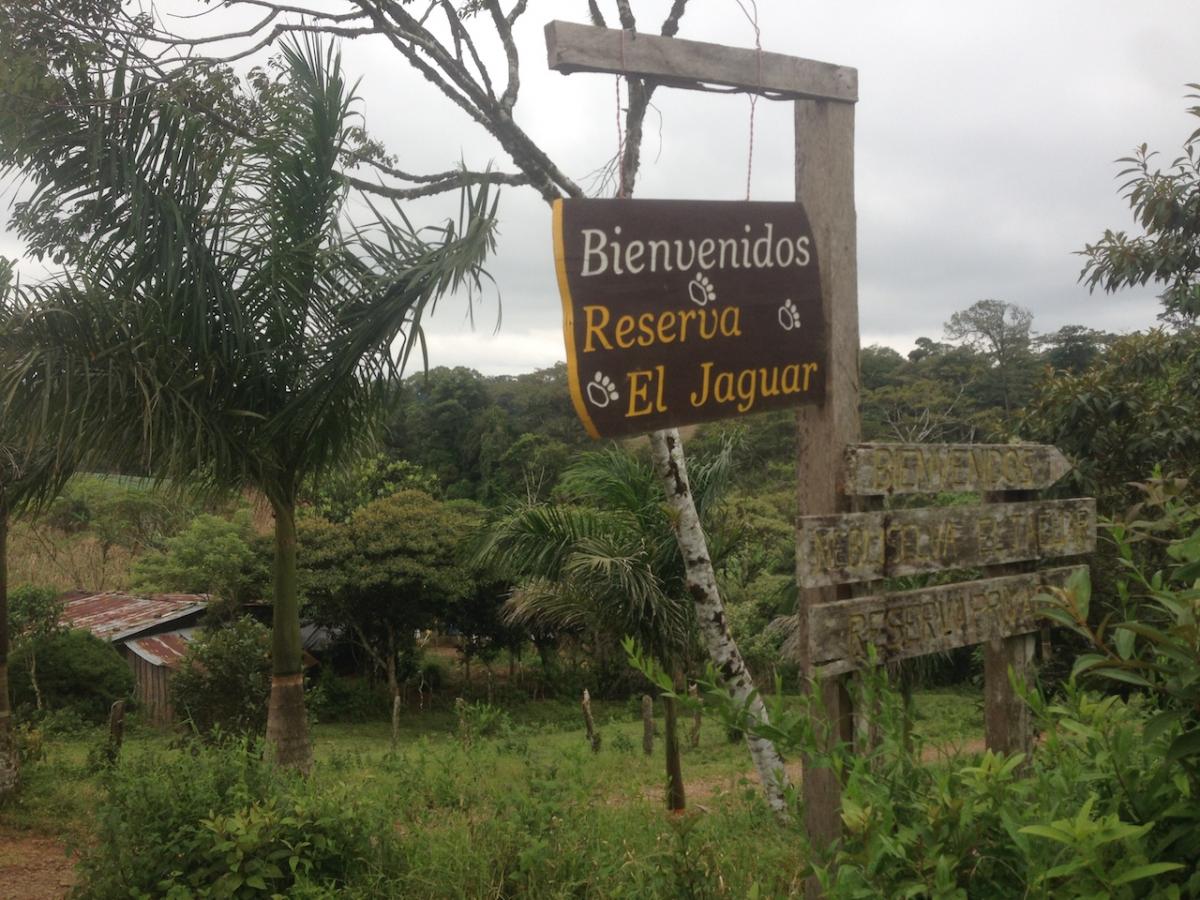 Certification can help to increase productivity

Improvements in productivity and quality represent the other big gains deriving from certification. Most credible certifiers have technical assistants that can advise producers both before and after the certification process on agricultural best practices. In many cases, they may also provide credit to invest in infrastructural improvements or new equipment.

In the case of El Jaguar, a 100-hectare coffee farm located at 4,400 feet in Jinotega province, productivity increased from between 7-8 quintals per manzana (1.72 acres) to 17-20 quintales in 2007 when it switched to the Rainforest Alliance standard. The farm was previously organic and therefore free of chemical fertilizers, the introduction of which partly explains the rapid increase. Yet the farm’s agronomist Gema Blandón credits Rainforest Alliance’s rigorous sustainability criteria with helping the farm produce more consistent and higher quality beans too.

“The real prize is not obtaining a premium, but achieving 20 to 30 quintals per manzana. And that’s possible via good soil and disease management, the right level of shade, the correct amount of nutrients, and all the other good practices that come from being certified”, says Leonardo Sánchez, director of Aceres, an environmental consultancy.

The non-financial upsides are significant too, of course. Different certification standards place an emphasis on different themes. Yet most adhere to basic minimum social, environmental and ethical standards. In practical terms, that should translate into better wages and working conditions for workers; fewer ethical abuses such as underage working; and less pollution, deforestation and other forms of environmental damage.

Cecocafen, for example, an association of cooperatives representing 2,400 farmers, runs a wide variety of social programmes that only exist because of its certified status. The list includes everything from school and university scholarships to micro-loans and adult literacy projects. “Other cooperatives have social programmes, but we can offer much, much more because we’re certified”, says Santiago Dolmos, a spokesperson for Cecocafen. 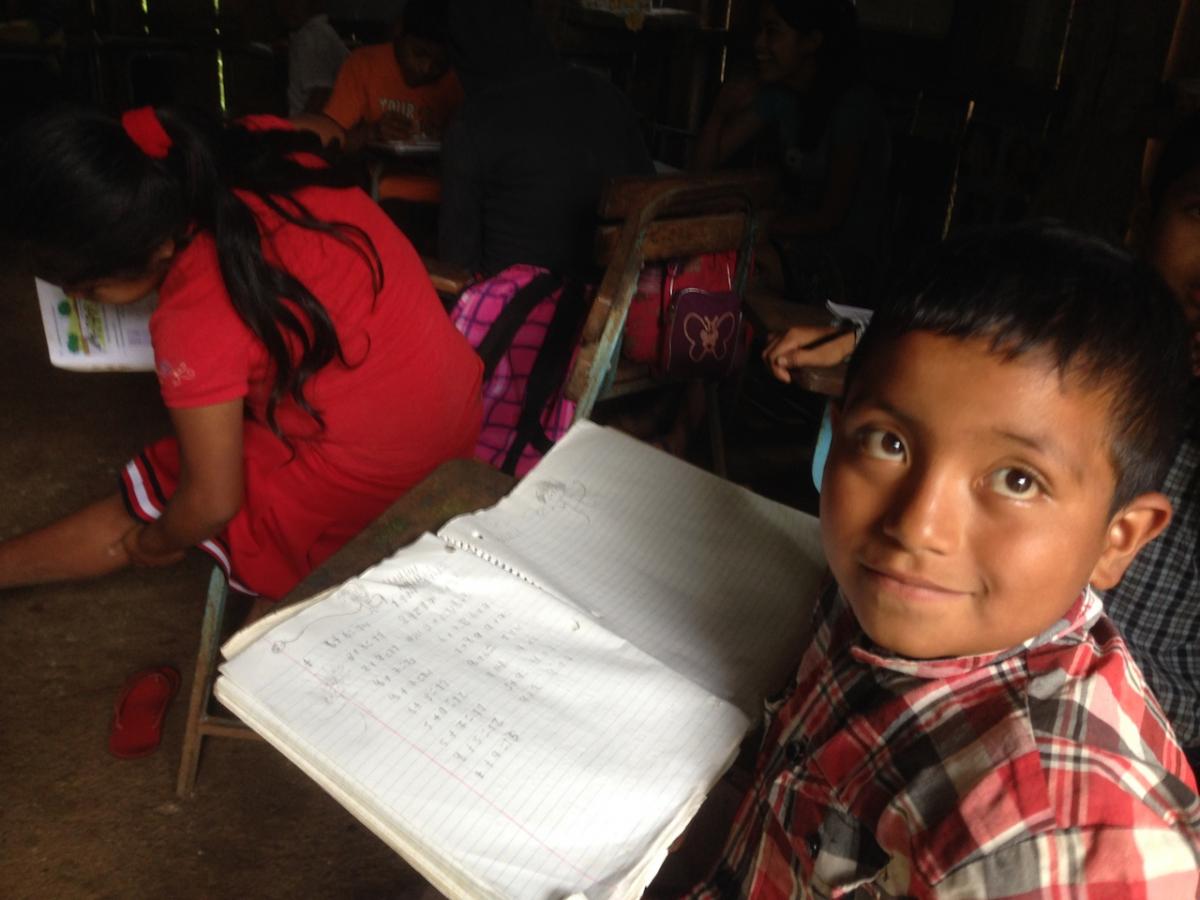 Certification is not without its challenges, however. The economics are far from failsafe, for instance. Certified producers are not immune from price fluctuations in the global market. Soppexcca’s members will still lose if they receive the FLO base price should the world coffee price crash – just not quite as much as others.

So-called ‘direct trade’ (i.e. selling to a roaster directly without a certifying body or other intermediary) is one option to hedge against market fluctuations. Direct trade buyers remain a tiny minority, however. Nor are they entirely free of market pressures. Of course, when prices are high, it may be in farmers’ short-term interests to sell their coffee on the conventional market – a practice that leads to hedging on the producers’ part and complicates longer-term relationships with buyers of certified beans.

Another impediment is global demand. Certified coffee producers could be considered victims of their own success, as supply now outstrips demand. Take UTZ, for instance. Despite registering a 71% increase in UTZ certified sales from Latin America over the last decade, only 34% of UTZ certified coffee from the region is sold as such. In Nicaragua, the figure is slightly higher, at 45%. This means certified producers are not receiving the $0.31/lb premium for more than half (55%) their beans.

The onus is clearly on certifiers to increase market demand among importers of speciality coffee. Commitments by big buyers can of course help. Nestlé-owned Nespresso, for instance, recently committed to increase the proportion of Rainforest Alliance certified coffee it buys from 30% to 50%. McDonald’s in Europe, meanwhile, sources 100% of its coffee from farms certified by one or other of Rainforest Alliance, UTZ and Fair Trade International (excepting decaf).
Another back-up strategy for gaps in demand is for coffee farms to undergo certification on request. This way, producers only apply to become certified or renew their certification if and when a confirmed buyer is lined up. 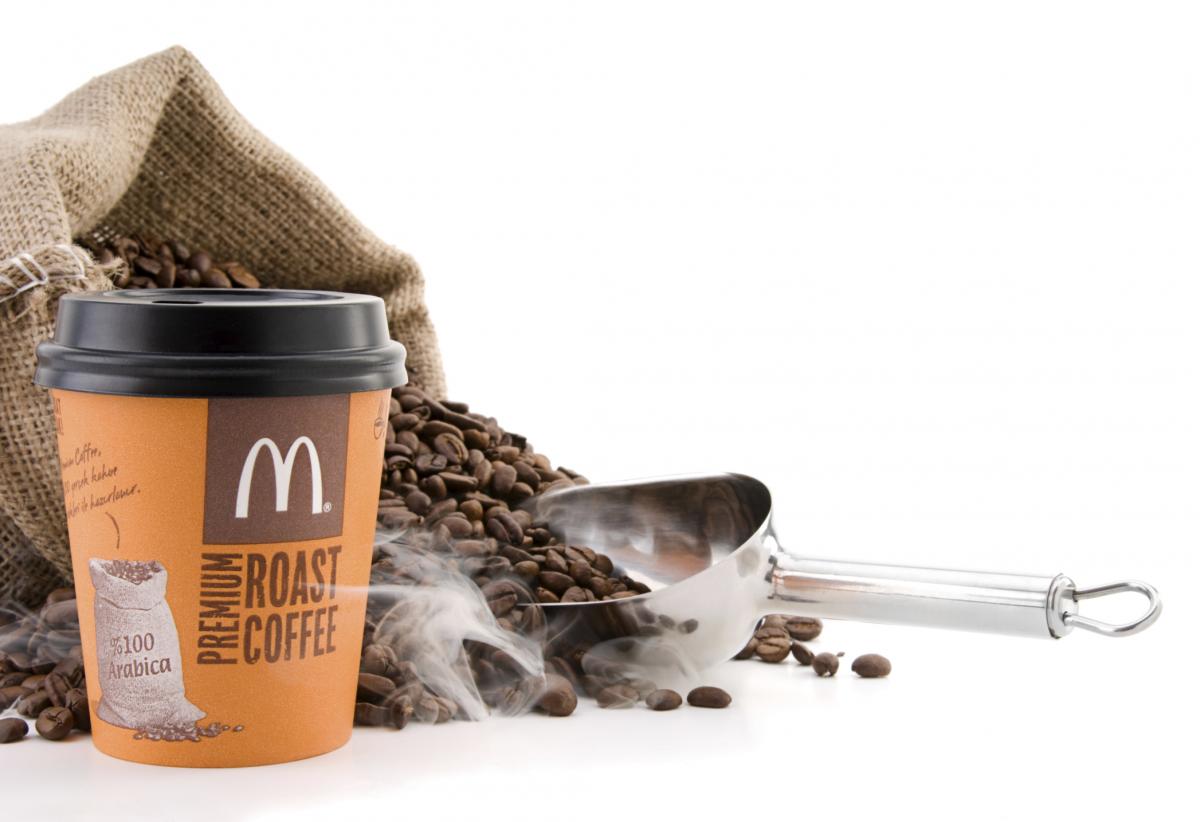 Multi-certification represents another option in the face of deficits in demand. Last year, for instance, Cecocafen sold 80% of its total production (60,000 quintals) under the label of three distinct labels – Fairtrade (60%), UTZ (5%) and BioLatina (15%). To facilitate the process, UTZ has produced a guide to inform coffee producers (initially in Peru and Guatemala) on what criteria are required for which certification standard.

A final and oft-cited hurdle is the cost of certification itself. An independent auditor in Nicaragua might charge anything between $300-$500 per day. Even spread between three or four farms, this still represents a considerable investment for small producers. To keep costs down in the case of coffee cooperatives, some certifiers audit a randomly selected sample of smallholder farms and (if successful) certify the cooperative as a whole. In other cases, it requires a charity or buyer to foot the bill.

Certification is no panacea for coffee farmers. Nor is the system without its faults. But for producers in what is a volatile and competitive market, a certification label can mean the difference between make or break.

ESG Watch: War in Ukraine sheds harsh new light on sust...
‘Food waste is a big cause of methane emissions. Comp...
‘We have to get from net-zero to near-zero,’ says S...
How Olam, Natura & Co and Kering are taking a regen...
comments powered by Disqus