While the high carbon stock approach methodology will help companies implement no-deforestation commitments in Indonesia's fragmented landscapes, it is ill-suited to help in densely forested Africa, where most new palm oil development is now occurring.

According to a new report from the World Resources Institute, expanding palm oilplantations in Liberia and Sierra Leone will have contributed to a six and 12-fold increase, respectively, in deforestation in 2015 compared to 2001.

“It’s a methodology everyone can agree with," says Simon Lord, chief sustainability officer of Sime Darby of the High Carbon Stock Approach. "But there is still one problem. It works in a fragmented landscape but when a country is forested and the forest is old, what do you do?”

Since January 2014, when Sime Darby signed up to the Sustainable Palm Oil Manifesto, committing to no further deforestation, no planting on peat, and no exploitation of workers and communities (a precursor to the High Carbon Stock Approach), the company has had a moratorium on all new planting in Liberia, where it was awarded a concession by the Liberian government to develop 220,000 hectares in 2008.  “Since 2008, we’ve only developed 2,000 hectares in Liberia,” he says. “And we were only able to develop that because we knocked down rubber trees and planted palm oil.”

A big part of the problem was the absence of free prior and informed consent from communities, which Lord says the company has been working diligently to obtain. What remains unchanged is the density of forest cover on the concessions, which under the High Carbon Stock Approach must remain touched.  Dense forest covers more than 40 per cent of the country and are considered one of west Africa’s most important carbon sinks and biodiversity hotspots.

A visit to Liberia earlier this year with the environmentalist Jonathan Porritt, who is advising the company, convinced Lord that it is in the interests of the communities as well as Sime Darby for a solution to be found.

According to the World Bank, around 70% of Liberia’s citizens still live below the poverty line of $1.90 a day, with levels of male unemployment running at 70-80%. The population of 4.5 million is growing fast, with an average fertility rate of 4.6 children per woman. 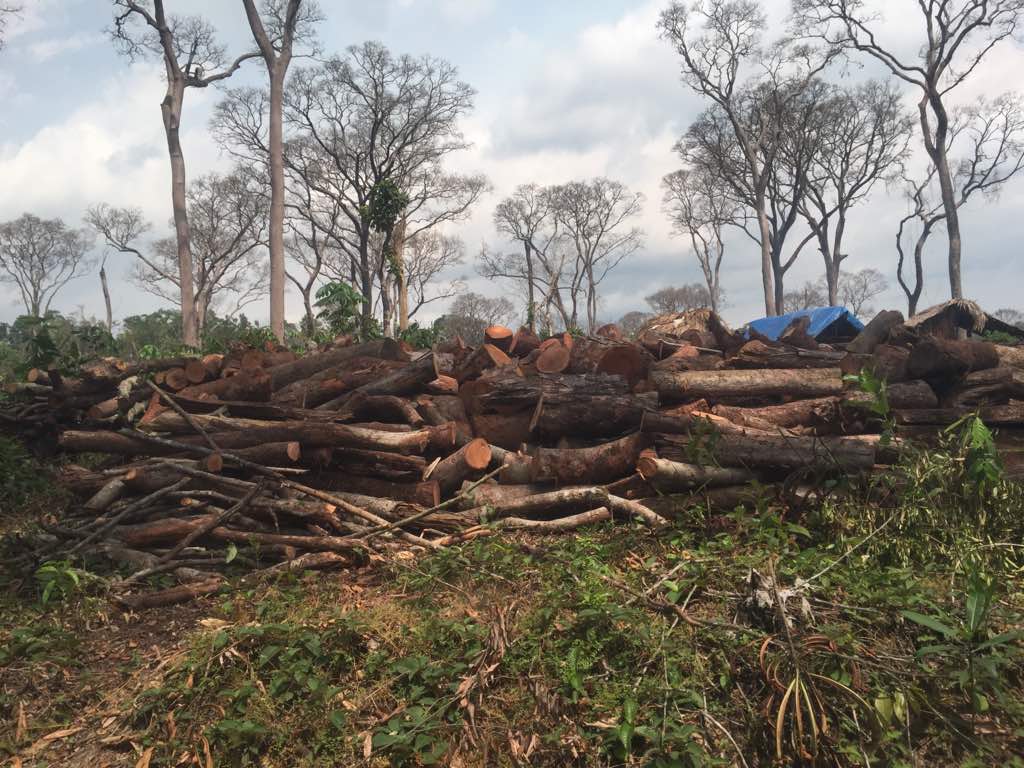 "Many of these communities live in abject poverty. I went to 21 communities and every single one of them is crying out for development," Lord said. They expressed anger that promises to plant palm oil have come to nought, though the company has built schools and health clinics, and invested $18m in a mill.

He says shifting cultivation, once a regenerative process, is now one of the biggest drivers of deforestation in Liberia because of the huge population pressures. In particular, spiralling demand for charcoal for cooking purposes is leading to whole trees being cut down.

Last Christmas Lord came up with a model for community-based palm oil cultivation, called the Evergreen Model, that would allow farmers to give up shifting cultivation and move to static farms, with one third of the land keep intact as forests, one third of land farmed as a commodity crop, and one third set aside to grow food crops so farmers don't jeopardise their ability to feed themselves in pursuit of palm oil dollars.

The Sime Darby board is reluctant to sink any more money into Liberia, he says, so is looking for partners to come help fund trials, with Greenpeace and the High Carbon Stock Approach having already shown interest.

Fresh hope in battle to save orangutan from palm oil

‘Get the blend right’ and we can unlock trillions i...
Policy Watch:  An unfair COP that will likely fail to ...
The woman at the eye of the storm of Asia’s rising cl...
Greta Thunberg: ‘Our hopes drown in your empty promis...
comments powered by Disqus