Case Study: How Fairphone is blazing a trail to a smarter phone industry

Fairphone, a Netherlands-based social enterprise, designs and produces smartphones with a dual mission: to offer a more ethical alternative to the conventional manufacturing and consumption of phones and to help leverage a fairer economy across other spheres, by example and collaboration.

The product is robust, durable, easily repairable by the user and easily recyclable if it is beyond repair. Its components and manufacture are as fully traceable as possible.

Fairphone sees its smartphone as a communication tool in more than just the obvious way: it is a vehicle for engaging stakeholders to spread a message of responsibility on the part of both producers and users, across four areas: mining, design, manufacturing and lifecycle. And Fairphone is tackling each area continuously with innovation and ongoing assessments. By pioneering and experimenting, Fairphone aims to catalyse viable alternatives to traditional business models.

“We are using a commercial model, which is the design and sale of smartphones, to create a social and environmental impact through the lifecycle of the product,” says Bibi Bleekemolen, impact and innovation officer at Fairphone. “We want to encourage and support a different kind of supply and demand, so there is a strong awareness-raising and campaigning element to what we are doing.” 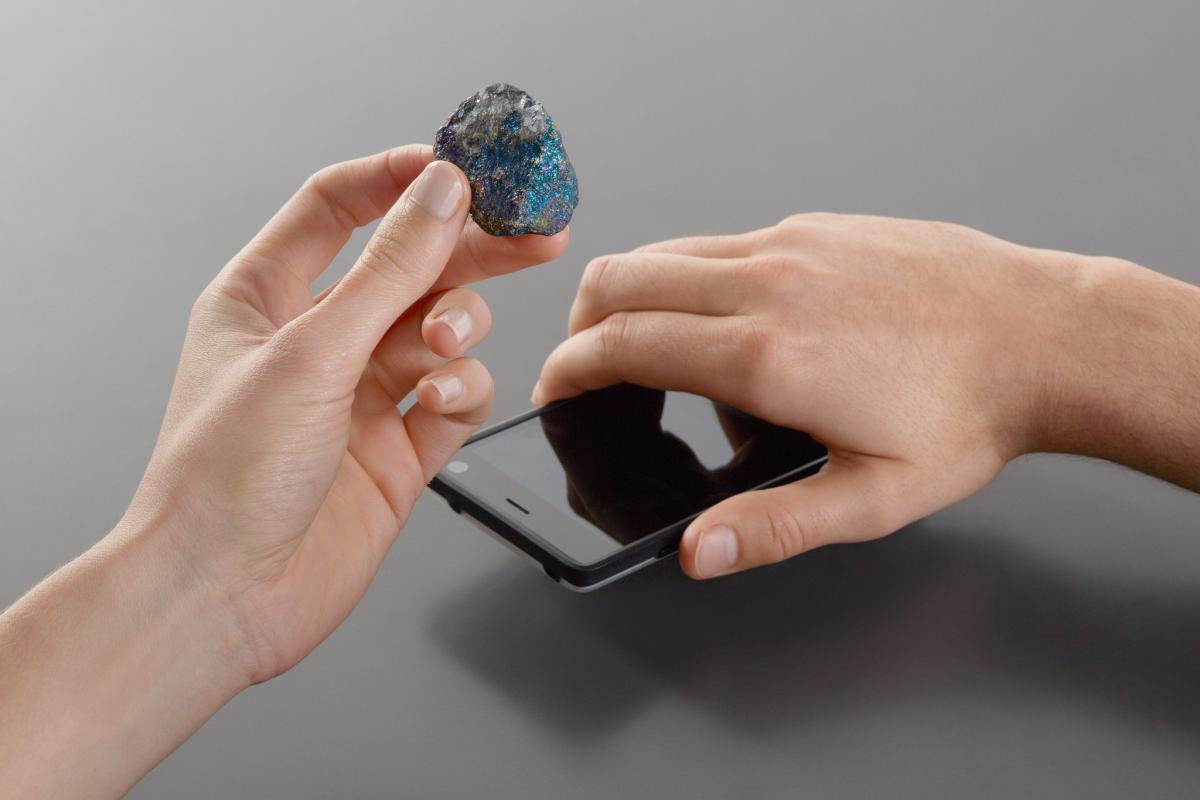 The latest model, Fairphone 2, features important differences from its predecessor, having been designed entirely by the organisation itself, unlike Fairphone 1, which was designed and manufactured by Chinese partner Chongqing Guohong on the basis of an existing model in its portfolio but with modifications. Those modifications related to both ethical sourcing of some components, such as conflict-free tin and tantalum, and factory labour conditions. Fairphone also stipulated dual SIM for personal and professional use, as well as replaceable batteries.

The evolution over the two models, in only two years, indicates the kind of progress Fairphone believes is needed within the electronics sector. As transparency is also key to the organisation’s ethos, it is keen to point out where shortcomings in traceability and other areas remain.

“With Fairphone 2, partly thanks to the support of all the people who bought Fairphone 1, we could grow our financial capital and invest in developing our own design,” says Bleekemolen. “We completely designed it ourselves, which means we had much more influence on the architecture and also the supply chain. We know much more about where it comes from and what the materials are.”

Bleekemolen explains that Fairphone discovered during the development of its first smartphone model that its influence on its own supply chain was limited. “It made us realise that for materials selection, having more leverage doesn’t stop with the manufacturer but depends really on how much control you have as a producer, over the whole lifecycle of the product.”

Still, the success of Fairphone 1 vindicated the organisation’s belief that there was demand for more responsible production of smartphones.

Bleekemolen says: “It’s all about longevity and DIY repair and product lifecycle, including making it easy to recycle. These were all key aspects of the design brief, which is not usually the case with mobile phones. The Fairphone 2 is much more modular than Fairphone 1, and components are very easy to replace once they do not function any more. It also expands the responsibility of the consumer to hold on to their phones much longer – that’s why we invested in our own design.”

Fairphone collects scrap phones in Europe and Ghana and feeds recycled materials into world markets. The company also encourages its suppliers producing components to use recycled materials. Bleekemolen says it does this by making its beliefs clear on mining and material use during supplier negotiations, and helping suppliers in turn source materials from responsible sources. 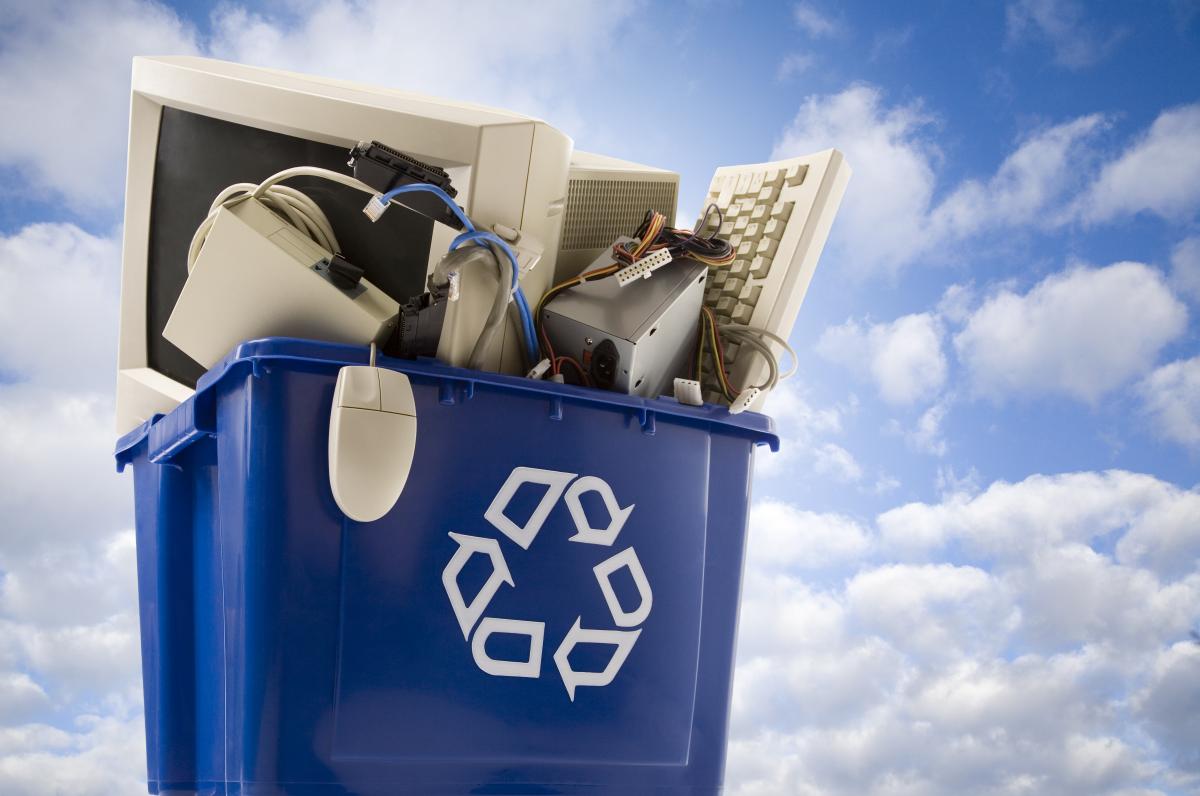 Efforts are being made to reduce electrical waste

“We are the only company that really has the key element in its value proposition that this is a long-lasting phone. It’s a question of looking at how we can use the product to extend both the consumer’s and the producer’s responsibility,” she says.

Fairphone 2 features thick glass and a protective case as standard. Certain components are isolated to make the phone less vulnerable. If the screen does get cracked or chipped, the user can order a replacement screen online, click the old screen off the main board via two clips and click the new screen on.

“With most mobile phones, the screen is the element that breaks most commonly and that can be a reason to buy a new one,” says Bleekemolen. “You are not usually encouraged to send it in for repair – or it is often very anonymous and you are having to give up your phone for a relatively long time, which has a lot of personal information, pictures, contacts and so on. You are not encouraged as a consumer to make it last as long as possible. More often you are urged to replace it altogether rather than repair it – with ours it’s the exactly other way round.”

For more complex repairs, Fairphone users send their phones to the company. They can also attend locally held workshops or repair sessions, bringing in spare parts that they have ordered. Everything is geared to prevent shipping over long distances. Fairphone produces repair manuals and videos with iFixit. “You can’t address circularity in a product if you don’t provide the right systems or after-life management to actually facilitate it,” Bleekemolen says. 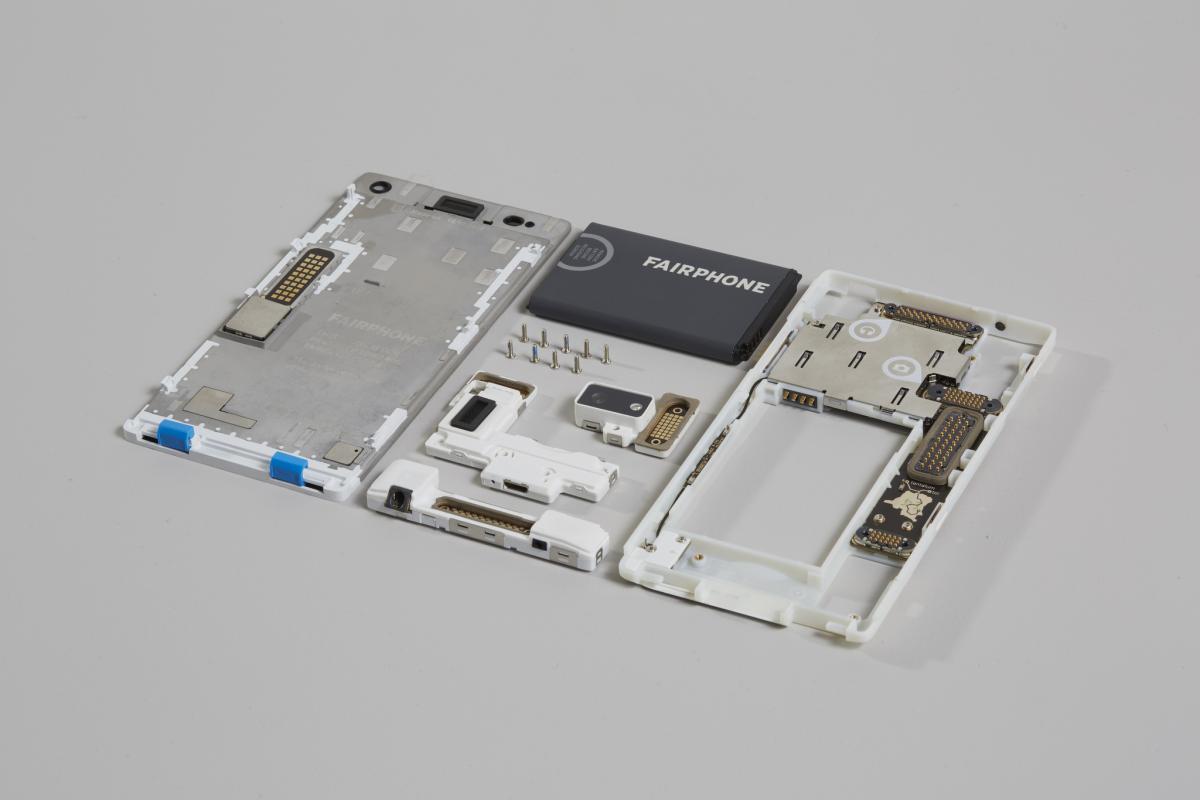 Fairphone have embraced modular design concepts for their new handset

Fairphone’s approach to circularity begins with social values, particularly labour rights and working conditions, Bleekemolen says. While other electronics and mobile companies heed these issues to varying degrees, particularly with tier one suppliers, Fairphone tries to engage as far as possible with sub-suppliers, too.

Usually, the mobile phone and electronics industries use a top-down approach to materials sourcing. Such an approach may be compliant in terms of non-use of conflict minerals, but does not tend to support positive alternatives in a proactive way, Bleekemolen says.

“A lot of the time this way of working leaves a toothless paper trail because there’s this whole forest of sub-suppliers,” she explains. “What we do differently is more of a bottom-up approach where we identify initiatives or organisations or companies that have innovative ways of doing things, and try to bring them into our production system. For example, one of our suppliers, AT&S, makes printed circuit boards using recycled copper.”

By linking sub-suppliers to suppliers and ultimately to the product, the model creates room for learning and for getting deeper into the supply chain to see what the issues are and how to solve them, Bleekemolen says.

Many people have compared Fairphone to Fairtrade commodities such as bananas or coffee. However, the smartphone sector is much more similar to the aviation or automotive industries, Bleekemolen says. “We are taking the principles of fair trade from those simpler commodities to this far more complex industry, with its global dispersal of suppliers. By trying to deploy that value set to an industry that is not at all ready for them, it enables us to see what those challenges actually are.”

Traceability is one of the biggest challenges. Mobile phones contain many minerals, from tin to tantalum, tungsten and gold, and their manufacture entails many technological processes. Suppliers have their own network of sub-suppliers, making it difficult for the producer to claim use of recycled material, and in many cases Fairphone still has a limited choice of suppliers since it is not necessarily seen as a strategic partner. 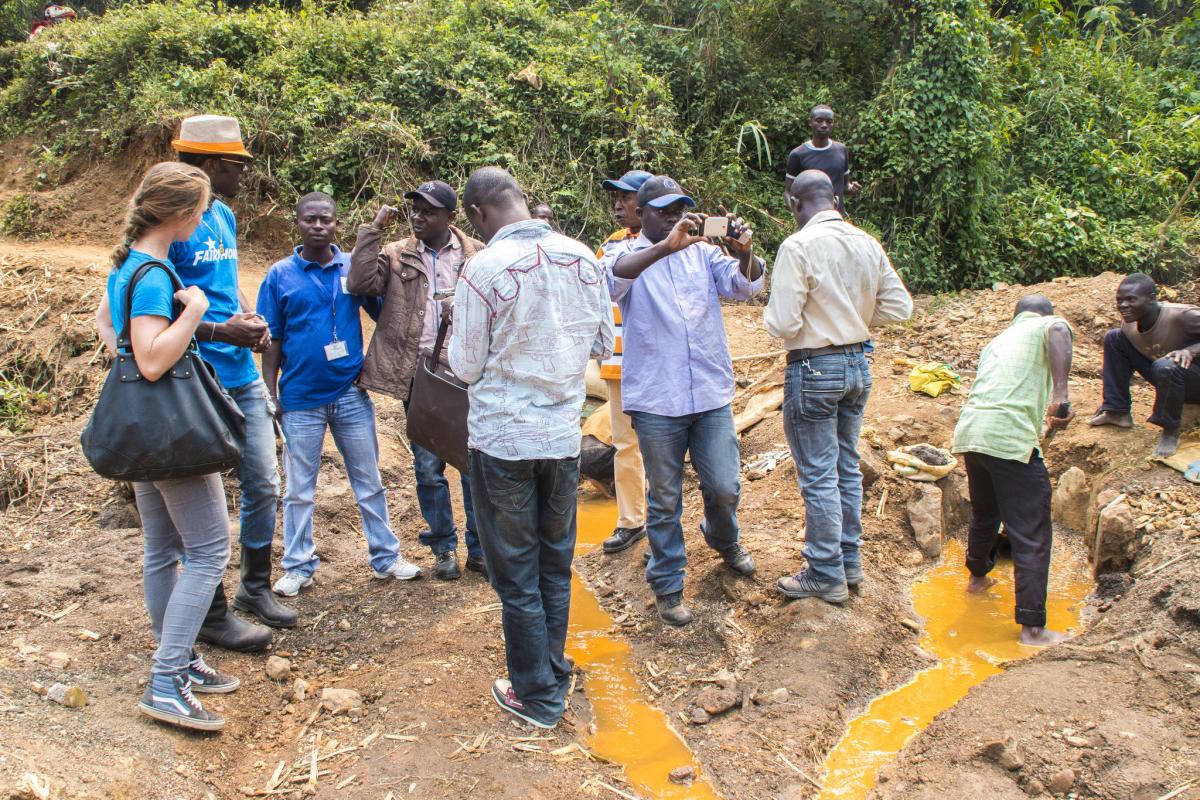 “If we can create a mutually beneficial relationship of trust, we can make big progress,” Bleekemolen says. “But on the way, we want to be transparent about what we can achieve and what the challenges are, instead of the vague proposition that everything is 100% fair. We have to discuss things that cannot be done overnight. You can start doing something different without claiming that it’s all 100% fair or green or sustainable.”

Fairphone picked the smartphone as an object that functions well as a storytelling platform, something that is used every day and can address many elements in the supply chain and lifecycle. “But we can definitely inspire other industries,” Bleekemolen says. “It could be Fairfridge or Fairmicrowave, or whatever.”

Brand Watch: ’Tis the season to use recycled plastics...
‘Europe’s ‘right to repair’ regulation should b...
‘Leicester 'sweatshops' show the urgent nee...
‘We can win the war on plastic waste if we marshal th...
comments powered by Disqus