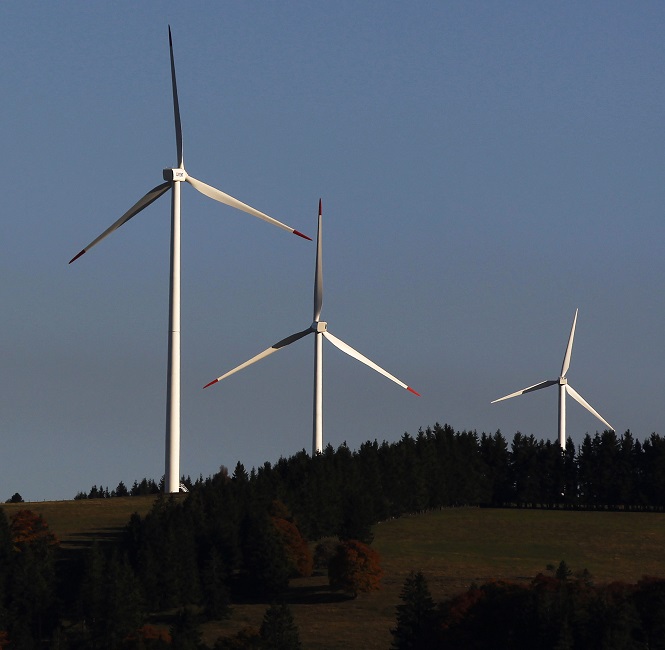 A push by European governments to streamline renewable energy permitting is sparking new debate on the environmental impacts of projects. Permitting delays have stunted wind and solar growth and governments are accelerating renewable energy plans to reduce their exposure to soaring gas prices following Russia's invasion of Ukraine.

Germany is fast-tracking new laws that harmonise permitting regulations across all of its states and require states to set aside 2% of land area for wind power development. Legislation implemented by the coalition government this summer will also increase the importance of climate protection in environmental permitting to favour renewable energy deployment.

The UK and Spain also plan to speed up renewable energy permitting and the European Commission is set to require European Union members to designate areas for accelerated permitting in a bundle of policies aimed at ending the EU's reliance on Russian gas and oil.

The streamlining of permitting puts environmental campaign groups in a difficult position as they campaign for lower greenhouse gas emissions while insisting on rigorous environmental assessments of projects.

Environmental groups broadly support the allocation of 2% of Germany’s land for wind power but warn that changes to planning rules such as minimum distances between turbines and breeding areas will need to be backed up by effective support for vulnerable species.

Under the proposals, developers must provide financial support towards impacted species or perform compensatory activities such as tree planting elsewhere in the country.

In the past, compensation from similar schemes was not spent as intended, Magnus Wessel, Head of the Nature Conservation Policy Unit at Friends of the Earth Germany, told Reuters Events.

“Mitigation measures would be slow to take effect and out of sync with accelerated renewable energy development,” he warned.

Germany aims to install around 10 GW of onshore wind per year by the end of the decade - around three times the current level - and reach an installed capacity of 100 GW. Overriding public interest for renewable energy could be used to strengthen the position of developers in approval processes or court cases, he said.

Key areas of concern include "bad agriculture or forestry practice or traffic which has huge negative impact, especially on birds of prey," Wessel said.

Additional measures could be introduced to protect vulnerable species such as red kite, harriers, eagles, falcons or storks and a number of bat species, Schone said.

These could include "clearly defined no-go-areas" as well as shutdown times during ecologically sensitive periods and species protection schemes outside the designated wind areas, he said.

Schone also fears developers in other industries will try to make use of weakened standards.

"It is important to avoid loopholes or options for other industries to step in," he said.

EU law requires that species and habitats must be preserved and the speeding up of planning procedures usually ends up restricting legal control and public participation, he said.

Deutsche Umwelthilfe (DUH), another environmental group, welcomed the government's attempt to reduce permitting delays but warned aspects which do not comply with EU regulations "would cause lengthy approval processes by the [European] Commission and hence counteract the whole initiative towards a faster deployment.”

A lack of administrative staff, blockages from local and regional policies, and poor federal planning can delay or derail projects, while many existing nature laws are not properly enforced, he said.

The effectiveness of the new laws will depend on the federal government's ability to influence state-level policy. Many southerly states have introduced land planning policies such as minimum distances to turbines that have stunted wind power growth.

The World Wildlife Fund (WWF) is in favour of Germany’s plan to designate 2% of land area to wind generation but the government should also focus on deploying wind and solar in low impact zones such as existing infrastructure, to reduce environmental effects, Felix Schmidt, policy advisor for climate and energy at WWF Germany, said.

WWF wants wind power development to be maximised in less sensitive areas while PV capacity should be deployed on rooftops, car parks and alongside railway lines.

To reduce conflicts, regional and federal regulation should ensure species protection is included from the very start of the approval process, Schmidt said.

This would “minimise the risk of complaints during the approval and construction phase and ensure legal certainty," he said.