US research into inverter reliability and modular solar systems is bringing 50-year lifespans closer but cross-compatibility of components will be crucial, experts told Reuters Events. 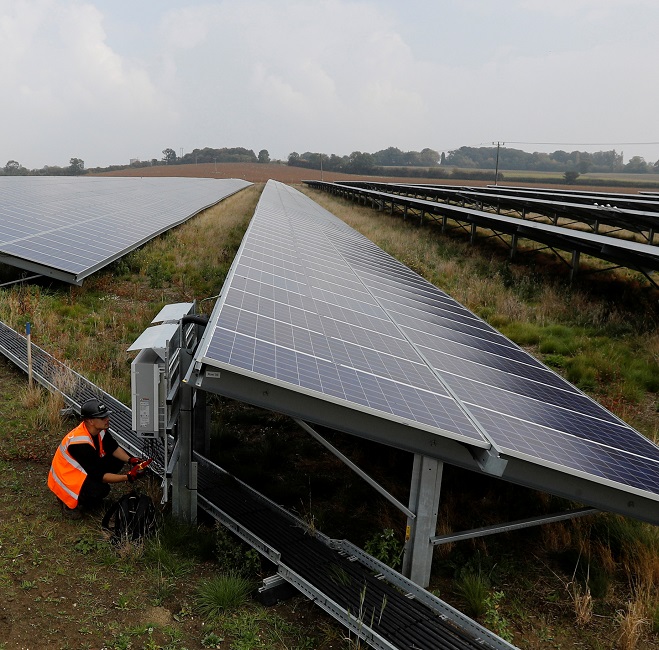 The latest solar funding round by the US Department of Energy (DOE) highlights the rising importance of longer lifespans. The DOE awarded $40 million to solar research, including $7.5 million to projects that will help expand PV plant lifespans to 50 years or deliver significant results within a year.

The push towards longer lifespans comes after years of cost reductions which have slowed as the technology matures. The average life expectancy for US utility scale solar rose from 21.5 years in 2007 to 32.5 years in 2019 and many plant owners now expect lifespans over 35 years, according to a survey by the DOE's Lawrence Berkeley National Laboratory (Berkeley Lab). Suppliers are improving the durability of major components such as solar modules and racking systems but a key challenge is extending the life of inverters and other power electronics that are subject to cyclical loading.

“It all comes down to [levelised cost of energy], with the service life being one variable of many to control cost,” Lutian said.

“Holistic system and component-level designs to support easy maintenance will be key.”

Accelerated degradation tests have helped improve predictions on component reliability but as yet there is limited empirical evidence for long-term performance. Over 90% of global installed PV capacity has been operating for less than ten years.

Inverters typically represent 5 to 10% of project costs and are expected to be replaced at least once over a standard plant lifetime. Extending lifespans from ten to 17 or 25 years has a significant impact on maintenance costs as it can reduce the number of replacements over half a century from four to two to one. EPRI will use a mix of field and lab tests to better understand inverter failure, identify ways to improve reliability and develop lifespan estimates and predictive maintenance.

Inverter availability averages about 97% after infant mortality issues have been resolved, translating to a 3% energy loss and a commensurate reduction in LCOE, recent research by the National Renewable Energy Laboratory (NREL) showed.

The increased energy production from eliminating a 3% energy loss over 50 years is equivalent to reducing PV module degradation by as much as 60%, from a typical rate of 0.5%/year to 0.2%/year, Michael Bolen, Program Manager at the Electric Power Research Institute (EPRI), told Reuters Events.

Better modelling of component reliability and costs will help asset owners decide whether to retrofit parts and extend the project life, or repower the solar array with improved technology, taking advantage of existing permits and grid connections.

The inclusion of battery storage in a solar project adds further complexity, requiring owners to weigh up degradation rates that differ between technology and usage profile.

A growing number of solar developers are including batteries to capitalise on the growing value of energy storage. Some 89% of solar projects in California ISO (CAISO) interconnection queues at the end of 2020 included storage, according to the Lawrence Berkeley Lab. US solar developers are forecast to install 9.4 GW of battery storage in 2021-2024, the U.S. Energy Information Administration (EIA) said.

“Similar questions about durability and retrofitability of 50-year storage lifetimes exist," Bolen said. "Changes in policy, such as new or phasing out incentives for renewable technologies, can further complicate decision-making.”

SolarFlexes will create an integrated system design in which modular balance of system components are integrated with self-monitoring health systems to further aid component replacement. In another DOE-funded project, the University of Nebraska will prove the concept of a fault-tolerant modular power converter system which allows the array to continue operating while components are replaced.

Some owners already encounter this challenge after 10 years of operations, he noted. Operators of larger facilities may decide to remove failed components and consolidate functioning components, freeing up parts of the facility for upgrading with newer technologies.

Information sharing and standardisation between suppliers will also be required to achieve the highest level of modular efficiency. For example, suppliers need to adopt common electrical mating and communications standards to make them compatible with each other, Bolen said.

A 50-year PV plant could be achieved with today’s technology but it would be a “Frankenstein mash-up of different technologies, manufacturers and vintages accumulated over the decades," Bolen noted.

This ‘mash-up’ will only be positive “if the various technologies work well together," he said.