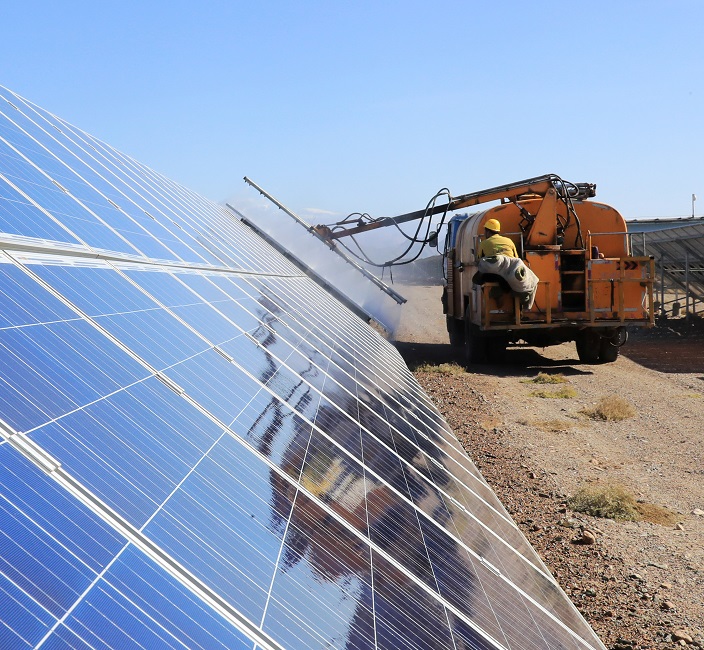 Longer lifespans allow operators to spread costs over a longer operating period and compete for lower-priced power purchase agreements (PPAs). The average life expectancy of US utility-scale PV projects rose to 32.5 years in 2019, compared with 21.5 years in 2007, according to a recent survey by the Lawrence Berkeley National Laboratory (Berkeley Lab).

“Cost of capital is crucial to the investment and that’s also why we look to improve the O&M by predicting failure to any component," he said.

Growing O&M learnings and competition between suppliers have reduced prices.

Global O&M spending is set to soar in the coming years as more capacity comes online. Annual global spending on solar operations and maintenance (O&M) is forecast to double to $9.4 billion by 2025, Wood Mackenzie Power and Renewables said in a recent report.

US solar opex estimates in 2019 Wind O&M has advanced faster than in the solar sector, spurred by higher maintenance costs. Many large wind operators have deployed predictive and preventative maintenance strategies to avoid major equipment failure and minimize downtime. Wind turbine suppliers have expanded O&M services and digital products to gain a share of the growing O&M market.

Preventative maintenance will be key to reducing labour costs and gaining a competitive edge, Sonderskov said.

It could be "three or four years" before PV faults can be accurately predicted, he warned.

"Assets are simply not being cared for as they should be for a long life,” Kuhn said.

Relatively minor issues such as misalignment of trackers, suboptimal inverter function or faulty module connectors, can add up to unravel the financial model, he said.

Replacement of major components such as inverters are a critical factor in lifespan modelling.

Operators must take into account compatibility of components in repowering cost assumptions. For example, central inverters are now wired to 1,500V, compared with 600V ten years ago.

"15 years from now the inverters will not be anywhere close to being electrically compatible with inverters installed today," Kuhn said.

“The inverter manufacturers need to up their game by offering future-proofing solutions. Certain areas of industry standardization would be super helpful," he said.

Storage functionality significantly changes the revenue model, but operators can include this option in contract terms from the outset, he said.