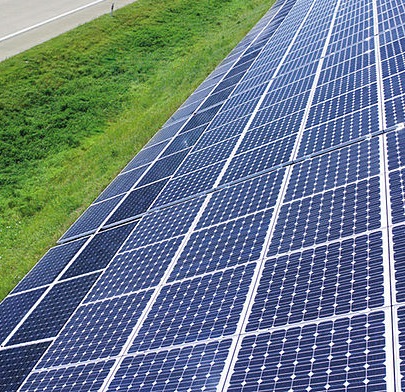 As solar fleets age, operators are increasingly looking to repower their assets to improve competitiveness.

A key focus area for operators is the upgrade of inverters, the primary source of solar plant downtime.

Global demand for replacement inverters is forecast to grow by 40% in 2020 to 8.7 GW, over half of which will be in Europe Middle East and Africa (EMEA), research group IHS Markit said in a new report. 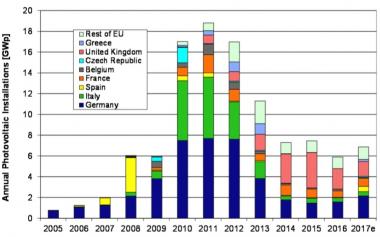 To minimize upgrade risks, operators must perform a health check of the full solar facility with future components in mind, experts told the conference on March 5.

"We are focusing first on the central inverters because they have the biggest impact on downtime," he said.

"That's probably what we are likely to do on the second site," O'Toole said. "It's a very site-specific question...The approach is slightly different for each due to layout and configuration changes."

To replace the central inverter with string inverters, Gresham house had to replace transformers and cabling at the original combiner boxes, he said.

Other key considerations include electrical configurations, permitting and grid requirements, physical access and requirements of manufacturers down the supply chain, Waters said.

In one example, PSH replaced a 1.25 MWp central inverter that was underperforming due to poor EPC design, with a 2.2 MWp inverter. PSH typically assumes a budget of 60,000-90,000 pounds per MW ($71,000-$107,000/MW) for a central-to-central inverter replacement and this particular project increased the performance ratio (PR) by around 4.1%.

"Doing a full field test before...thinking about the future-- what systems are going to be in there in the future-- is so, so important," she said.

The careful planning of deliveries to avoid unnecessary costs for on-site staff, involvement of the monitoring company in the project and salvaging of unused equipment also aided efficiency, Waters said.

"It's worth trying to salvage any equipment…Think about where else you might be able to use it, can you recycle it, can you upcycle it even, that's becoming more important, especially as more manufacturers are using generic parts," she said.

Market consolidation has also been a key driver of inverter decisions as operators favor suppliers with stable outlooks and supply chain access.

"Replacement inverters of old generation inverters may simply not be available anymore," IHS Markit said in its report.

To mitigate these risks, O&M providers are developing specialist in-house inverter expertise and warehousing inventories of spare parts, it said.

At one of its central inverter sites, Gresham House chose to implement optimization add-ons rather than repower, based on stronger inverter performance and the expectation of a stable supply chain for the next five or 10 years, O'Toole said.

"The string inverter sites have a supply chain which can basically maintain the existing fleet of inverters for some time, once that supply chain starts to dry up then I think we will quickly reconsider replacement of those inverters," he said.

Operators must also take into account ongoing advances in inverter technology when deciding the timing of repowering.

"Technology is improving very quickly, they are designing new central inverters which can be switched out and the parts can be replaced like you have a string inverter inside the central inverter," Waters said.

"It might be worth in some cases waiting for that technology to come through... If you are not desperate to get that uplift right now," she said.

Operators may also want to use new lease models that manufacturers are set to offer going forward.

These may suit "some cases, where big repowering is on the cards," Waters said.