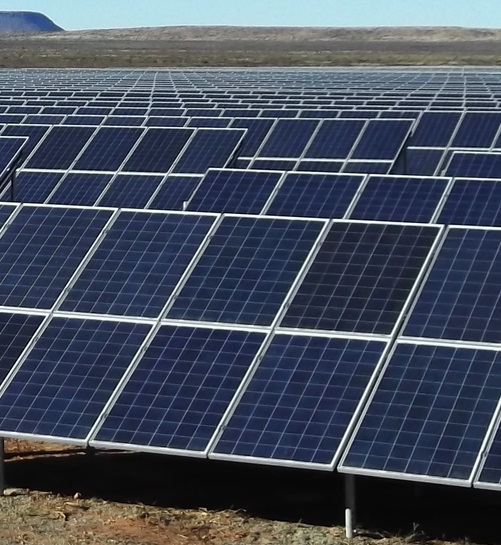 A recent study of U.S. PV costs shows that design and operational innovations are having a significant impact on operations and maintenance (O&M) costs.

Capital cost reductions and a gradual removal of solar subsidies have increased the importance of O&M efficiency. Developers are seeking to use economies of scale and the latest technologies to drive down operational costs and lower the levelized cost of energy (LCOE).

Without inverter replacement, utility-scale fixed tilt O&M costs were $9.1/kW/yr in 2018 while tracker costs were $10.4/kW/yr.

A model is used to quantify preventative maintenance scheduled at regular intervals as well as corrective repairs to components. Corrective maintenance costs are calculated by multiplying the replacement cost, including labor, by the probability that a failure will occur each year.

The study breaks down O&M costs into six cost categories, shown in the table below. Inverter replacement costs comprise the lion’s share of component replacement costs on utility-scale projects. Module cleaning is the second-largest cost, unlike on residential and commercial projects.

Improved inverter reliability has been a key driver of lower O&M costs and suppliers are offering much longer warranties.

“Inverters have improved both in terms of topology and the quality of components,” Walker said

Improvements such as better protection of working electronics from the environment and materials which lower leakage current and series resistance could see inverter lifespans hit 25 years, he said.

A number of other technology advancements have created additional savings. Remote sensor and access technologies, including drones, have sped up monitoring procedures, Walker said.

“Previously you had to have staff with personal protective equipment (PPE) and training/certification do circuit-by-circuit testing of live circuits,” he said.

Improved plant cleaning strategies, including advanced cleaning technologies and schedule optimization programs, have also improved efficiency, he said. In one example, operators in agricultural areas have placed greater focus on cleaning after the ploughing and pollen seasons to increase plant efficiency.

Tracker systems have additional maintenance costs because they have moving parts, such as gearboxes, drivelines and central monitoring systems.

Tracker suppliers are continuing to improve durability and accessibility to optimize O&M.

In one example, Array Technologies has developed a single-axis tracker designed to operate within a temperature range of -34C to +60C with simplified engineering to minimize failure points.

Solar project developers will face sustained price pressure in the coming years. The investment tax credit (ITC) steps down from 30% for PV projects starting construction in 2019, to 10% from 2022 onwards. Falling subsidies and competition from wind and gas plants will prompt PV operators to seek out further savings and longer plant life spans.

Solar O&M costs will continue to fall as developers place more emphasis on the full lifespan of the project and incorporate operational learnings in plant designs, Walker said.

“Up to now designs favor low initial costs and foist operating costs on someone else,” he noted.

These design improvements could have a significant impact on O&M costs over the lifetime of the plant, Walker said.

“I think a target cost of $10/kW/year is an achievable goal...I hope we get there in five years”, he said.