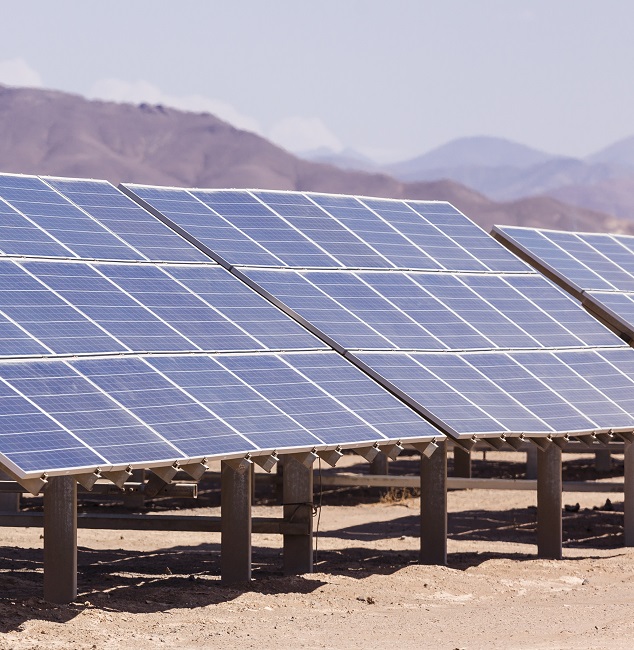 U.S. utility-scale installed solar costs fell by almost 30% between Q1 2016 and Q1 2017, according to a new cost benchmarking study published by the National Renewable Energy Laboratory (NREL) in September. Utility-scale fixed tilt PV costs fell by 29.0% to $1.03 per watt (W) while single axis tracker prices fell by 27.9% to $1.11/W, the report said.

Labor costs have also fallen, but the larger drop in hardware prices has raised the importance of soft cost components-- such as labor costs and profit margins-- in project budgets. 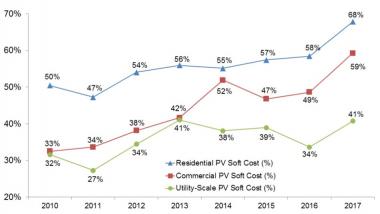 “The trend for investors is people are more aggressive in terms of customized [tests] and pre-assembly. Last year we saw maybe half of installers doing that, this year it’s maybe more than 70%,” he said.

In order to remain competitive in the coming years, developers will need to focus on technology selections and new logistics which optimize labor deployment, Fu said.

NREL's study shows that an increasing number of developers are installing one-axis trackers to benefit from higher returns over the lifetime of the project.

One-axis trackers incur higher installation costs than fixed-tilt projects, but provide a lower levelized cost of energy (LCOE). Tracking systems were used on 80% of U.S. utility scale projects in 2016, compared with 70% in 2015, according to NREL.

“The LCOE is what investors really care about...You have a higher upfront capital cost at year zero, however when you look at whole cash flow from year zero to end of system life, the payback is better for one-axis tracking systems,” Fu said.

“That can really speed up the installation work in the field. You just unpack the box and put together the elements,” he said.

Leading tracker suppliers such as Nextracker and Array Technologies are improving the durability and accessibility of trackers to reduce operations and maintenance (O&M) risks.

"Tracker manufacturers not only compete with low capital cost, but also compete with reliability and O&M costs. In fact, some of the selling points are easy maintenance,” Fu noted.

The latest tracker systems are designed to reduce risks associated with high winds, flooding and snow, as well as vegetation growth. In addition, new sensor and analytics technologies are being incorporated to respond to site weather conditions.

Another way in which developers are simplifying maintenance activities is through the use of string inverters, which can be easily swapped out by technicians if there is a fault.

NREL's report highlights that inverter choice impacts electrician fees, which can vary between $19.37 and $38.22 per hour, and this could warrant further study.

“We think there is a difference in terms of wiring, in terms of electrician time...We want to understand what the trade-off is,” Fu said.

Last month, the U.S. Department of Energy (DOE) launched a new round of funding for inverter and power electronics programs which cut costs and increase grid reliability.

Installers of larger projects often divide construction projects into small blocks to optimize human resources and some firms are experimenting with using special trays to transport modules from shipping box to site and reduce the need for carrying or loading of modules. The clustering of construction and maintenance services can also help to increase efficiency.

With the expected removal of solar subsidies in the coming years, labor productivity will remain a key priority for utility-scale developers seeking a competitive edge.

Political risk has clouded the outlook for U.S. module prices and labor optimization represents an important cost driver over which developers have control.

"The most controllable element in soft costs for developers and installers is labor...if companies try to adopt more advanced tech and construction management ideas then they will be able to lower the soft cost,” he said.