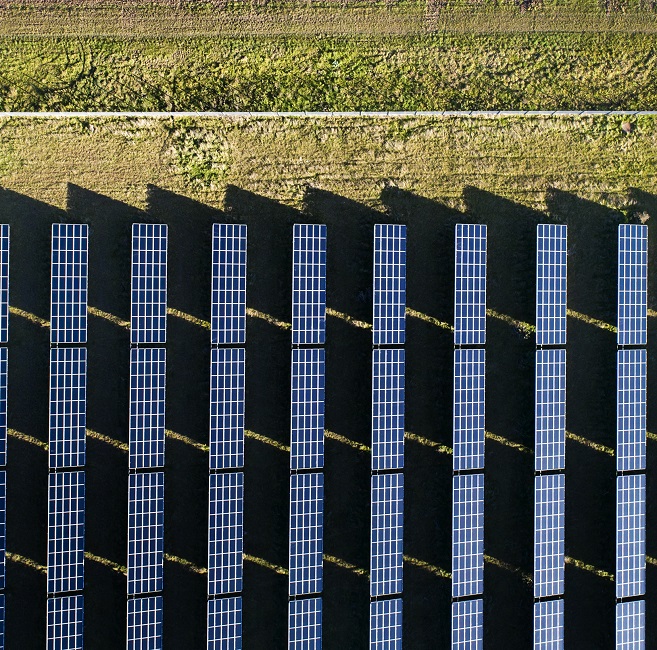 Duke Energy can use economies of scale to maximize technology and analytics innovations. (Image credit: Ollo)

U.S. utility Duke Energy owns and operates 600 MW of PV capacity and 2.4 GW of wind and has conducted drone inspections since 2015. The company is now deploying drones supported by machine learning AI across its U.S. solar plant fleet, Wehner told the conference on November 8.

Drone inspection data is downloaded into an AI system architecture which produces a detailed report of actionable insights, module by module, Wehner said.

"What we found is utilizing artificial intelligence, we could take the technician review out of that process," he said.

Larger fleet operators can gain the most from rapidly advancing analytics capabilities and Duke Energy clearly sees significant value in drone deployment. By the end of 2018, the utility plans to double the number of staff trained to use drones to 60 employees.

"We haven't flown over all of our [solar] assets yet but we hope to have that done by the end of the year," Wehner said.

Duke Energy is helping to drive solar growth in the U.S. Southeast, particularly in North Carolina where it is the dominant power supplier.

North Carolina installed 2.7 GW of solar power capacity in 2017, of which 83% was supplied by Duke Energy, the Southern Alliance for Clean Energy (SACE) group said in a report. Annual solar installations in North Carolina are expected to rise to over 6 GW by 2021, it said.

Some 17 of these facilities operate with out of warranty equipment, including over 200 inverters, eight tracker systems and over 645,000 modules.

Duke Energy has chosen to self-operate its renewable assets rather than extend warranty periods or use third-party service providers.

"Generally, because of the size of our fleet, the scale that we have for renewable energies more generally, we are better off doing the self-op model," Wehner said.

A key advantage of self-operating is more flexible sourcing of replacement parts.

"You really need to do an extensive review of those sub-component parts and which ones are critical to best manage your inventory," he said.

Duke Energy uses a module of its computerized maintenance management system (CMMS) to perform inventory validation and tracking for its U.S. fleet. This allows it to locate parts that can be transferred between sites.

Duke Energy’s growing scale and expertise has allowed it to expand into the highly-competitive O&M services market. The company’s Renewable Services subsidiary now has long-term operator or O&M contracts in place for over 1.5 GW of third-party wind and solar facilities.

These projects have helped Duke learn from challenges faced by the wider solar industry, but Wehner warned that broader industry benchmarking of O&M costs is needed to maximize returns going forward.

As solar costs fall, O&M will play an increasing role in project competitiveness.

"I think there has been a dearth, quite frankly, of [O&M cost] benchmarking in the solar field," Wehner said.

"We need to get together as an industry and challenge ourselves to improve it," he said.