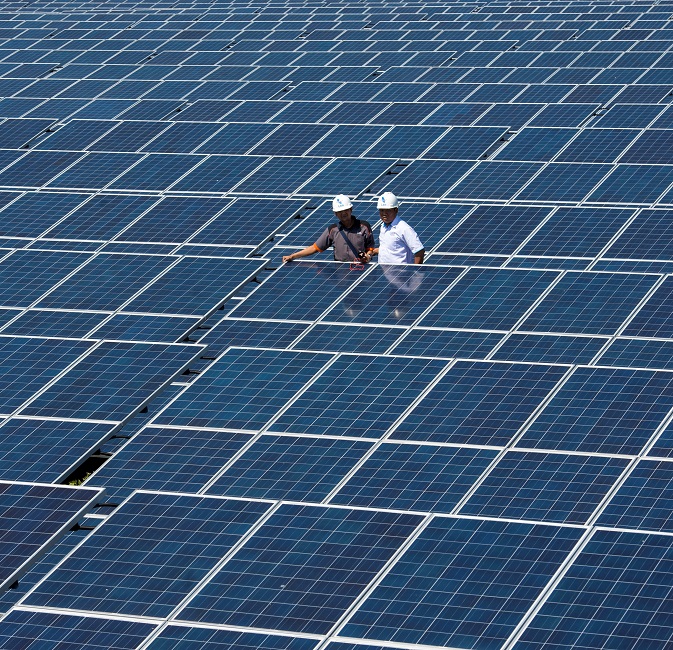 A recent report by a group of data and measurement specialists has highlighted the impact of solar asset underperformance on returns.

Solar developers use a combination of site characteristics and system and energy modelling to estimate returns.

The methodology used to forecast output, the quality and suitability of components, and operations and maintenance (O&M) strategies all influence whether solar plants hit performance targets.

Project partners may use overly-optimistic projections for solar radiance, underestimate the impact of shading on components or use favourable assumptions on component or system performance.

Pre-construction estimates are often based on hourly temporal resolution, which underestimate the impact of short bursts of cloud cover on the DC to AC limits, NextEra Analytics said in the report.

Production forecasts are provided by independent or in-house engineers, depending on the developer, and are too often overly optimistic.

“For system developers who plan to sell the project, there is an inherent motivation to paint the rosiest picture of lifetime performance, as this is the most significant factor in determining the value of the system,” Fort said.

Examples of optimistic approaches include the selection of the most favourable nearby weather station for solar estimates and overly favourable assumptions on soiling losses and system downtime, he said. Key components such as modules and inverters can underperform due to a lack of comprehensive testing and technical specification during the pre-construction stage, Ian Gregory, Managing Director at Berlin PI, a risk management firm that performs quality assessments, said.

Cell soldering issues are responsible for around 24% of quality defects in PV module manufacturing, according to a study by Berlin PI of 69 projects of total capacity 3 GW that were brought online in 2017-2020. Greater production line supervision can identify and correct these defects earlier.

“Manufacturers may also be tempted to generate more attractive PAN files in order to portray their products as more competitive," he said. The files may also not be updated to reflect changes to the design and materials.

Solar operators are also extending lifespan estimates to lower the average cost of energy, despite little data on long-term operation.

In many cases, longer lifespan assumptions have been driven by general improvements in manufacturing processes, rather than specific component gains, Jenya Meydbray, CEO at PV Evolution Labs (PVEL), told Reuters Events in June.

Other drivers of underperformance include insufficient spending on O&M services, increasing complexity of systems as new technologies are brought onto the market, and the lack of replacement parts due to the exit of some suppliers from the market, Fort said.

Until recently, solar owners have typically minimised O&M spending, but falling capex costs have increased the importance of O&M efficiency.

Many developers are rapidly turning to bifacial solar panels and this raises additional challenges for operators as less data is available for this newer technology.

Project owners must be actively engaged in the development phase of the project to ensure equipment matches operational needs, Gregory noted.

“They need to make sure that their demands for long-term performance and reliability are understood and factored into the system design and equipment procurement processes," he said.

Going forward, monitoring and modelling software must be able to adapt to new technology solutions and O&M teams must be appropriately trained, he said.

The impact of widespread underperformance is exacerbated for larger fleets and longer-term asset owners, so the recent influx of institutional investors should sharpen the focus on this area.

Many systems that are “well-designed, well-constructed and prudently-modeled" are meeting their financial targets, Jackson Moore, Head of Solar North America at research group DNV GL, said.

But cost pressures remain a challenge.

“One factor to consider is how the commercial pressure of declining PPA rates and margins is influencing choices to use the cheapest equipment," Moore said.

A rush to meet construction deadlines may also cause “quality control and performance verification steps to be rushed,” he said.