Falling technology costs and rising renewable energy capacity are improving the business case for solar plus storage in the UK and revenue streams should multiply in the coming years, industry experts told Reuters Events. 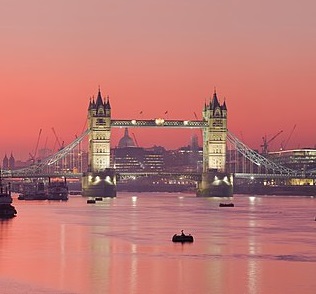 France's largest power supplier, EDF is one of the "Big Six" energy suppliers in the UK. EDF's partnership with Octo is part of the group’s plan to build 10 GW of storage capacity in Europe by 2035 and double its renewable energy capacity to 50 GW by 2030.

Falling technology costs are increasing the competitiveness of solar plus storage projects and many are now being developed without subsidies.

“Energy storage like solar plus [storage] can exploit these price patterns," Moody said.

Despite only moderate solar resources in the UK, ongoing technology improvements have made solar plants competitive. Demand for bifacial modules is soaring as developers seek greater plant efficiency. By 2028, bifacial cells could represent 40% of the global solar market, according to the International Technology Roadmap for Photovoltaic (ITRPV).

The UK’s high population density means that land availability and permitting is a challenge. Procurement of large flat areas next to grid connection points is difficult and many landowners initially expect high lease rates, a legacy of earlier solar subsidies.

EDF and Octo will seek out opportunities on dual-use sites, such as farmland, the partners said in June.

The market for combined agri-PV concepts is growing as competition over land intensifies.

“Our strategy is to identify lower grade agricultural land, which tends to suit livestock farming. Sheep farming, for example, is ideal given the land can continue to be farmed in the same manner,” Welch said.

Many UK farmers are yet to install solar projects, offering strong growth potential.

Greater access to the power balancing market and grid services are also improving the economics of solar plus storage, Moody said.

The UK market for ancillary services is still developing and long-term returns are difficult to predict, Northam noted.

Contracts currently typically last between one and four years, he said. Future improvements to the market framework should lead to greater visibility of long-term revenues.

A rapid expansion of UK offshore wind capacity in the coming years will increase the demand for storage.

There is currently over 13 GW of battery storage projects in the pipeline, figures from the UK Solar Trade Association (STA) show, and the government plans to relax planning regulations for large-scale projects.

Demand-side factors will also impact the need for storage and solar plus storage plants in the coming years.

Increasing use of demand management and smart grids will affect load trends, as will the planned rollout of electric cars. The government aims for at least 50% of new cars to be ultra-low emissions by 2030 and plans to ban the sale of new petrol and diesel cars from 2035. These targets could change, however.

"The key in analysing how this will play out is essentially to understand the timing of this fundamental transition,” Welch said.

Last November, EDF bought Pivot Power, a UK-based developer of storage and infrastructure for electric vehicle charging. Pivot plans to install 2 GW of battery capacity directly to the high-voltage transmission system and the first projects are expected online in south-east England this year.