Italy set for solar surge that could uncouple markets

Italy's streamlining of solar and wind permitting will accelerate renewables growth in Sicily and the South and could create a North-South divide in power prices. 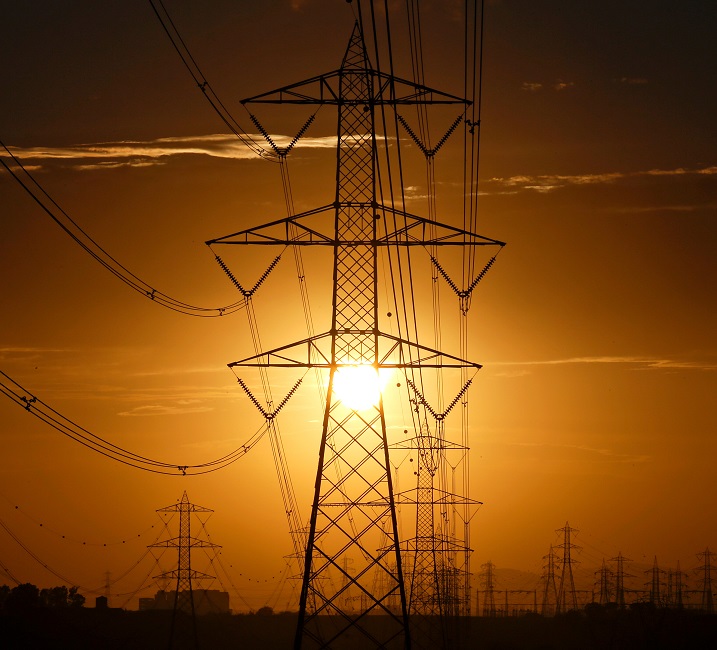 Italian solar and wind capacity is set to rise dramatically in the next 10 years as new government measures that streamline approval processes are followed by a ramp up in grid investments.

Italy must accelerate solar and wind deployment to meet the renewable energy targets set out in its National Integrated Energy and Climate Plan (PNIEC). The country has pledged to increase the share of renewables to 55% of power generation by 2030 and reach a solar capacity of 52 GW, up from a current level of 22 GW. To meet this aim, Italy must install 3 GW of solar capacity per year, compared with 1 GW/year currently. To speed up deployment, the government plans to implement a new Simplification Decree that removes permitting bottlenecks while national grid operator Terna will invest a record 18.1 billion euros ($21.5 billion) over the next 10 years to improve transmission links. Terna's investments will strengthen the power links between the south of Italy, where renewable energy is set to grow rapidly, and the north, where power demand is higher.

The south of Italy benefits from stronger solar resources and more land availability than in the north but permitting issues are severely hampering projects. Developers often face around six years of delays in permitting and around half of all projects are abandoned, according to industry associations SolarPower Europe and WindEurope.

The Simplification Decree aims to speed up environmental assessments by allowing the central government to fast-track authorisations. It also simplifies the approval process for repowering solar and wind sites with new technology.

"Often we see disagreement between the central government and the regional bodies," he said.

The decree, which is currently being debated in Parliament, will "simplify and shorten" project approvals, a spokesperson for developer Lightsource bp, said.

Once fully implemented, the new law should lead to an “acceleration of renewables buildout in the coming years,” Matteo Coriglioni, Market Lead, Italy at analytics firm Aurora Energy Research said.

This could create larger price spreads between some of Italy's regional power markets, he said.

Italy's power market is split into seven regional market zones that take into account local demand supply balances and transmission restrictions. Utility-scale renewable energy developers receive a feed-in tariff premium that is set through a competitive bidding process. Successful projects receive a premium on top of the zonal market price for a period of 20 years. 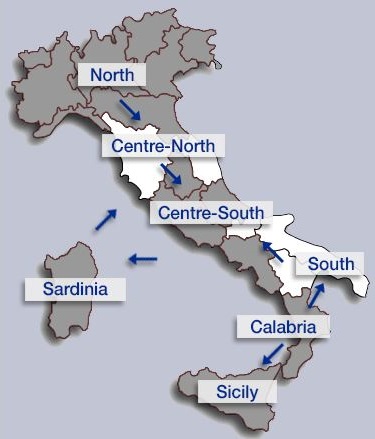 Italy's most attractive regions for solar development are currently the islands of Sicily and Sardinia, Puglia in the far southeast and Lazio in central Italy, Savini said.

A recent rush of project applications in Sicily and Puglia has caused a backlog in permitting, he noted.

Power prices in Sicily are currently around 20% higher than in Italy's other zones, Coriglioni noted. Prices in the other six zones are relatively aligned.

According to Coriglioni, projects in the north of the country could be a "good diversification opportunity" for some developers.

“Due to the trends in solar developments and the mismatch between better irradiation factors in the South and Islands and higher demand in the North, our forecasts at Aurora show that prices across the different market zones will diverge more than they currently do, and at some point the North will become the zone with the highest level of prices,” he said.

Terna's first projects will include a new 380 kV power line between Bologna and Florence provinces in north-central Italy and the first high-voltage connection in western Sicily, the 300 million euro 380 kV Chiaramonte Gulfi-Ciminna line.

By 2027-28, Terna will install the 500 kV subsea Tyrrhenian Link from Sardinia to Sicily and on to Campania on the mainland, it said. The 3.7 billion euro project will allow the closure of thermal power plants on Italy’s two biggest islands and the development of more solar capacity.

"Terna’s development plan, together with the expected strong penetration of solar, should bring Sicilian prices in line with the other Southern zones during the 2030s,” Coriglioni said.

Terna will also lay the Adriatic Link, a 1 GW subsea cable in the Adriatic Sea between the regions of Abruzzo and Marche on Italy's eastern coast that will link up more solar and wind capacity in the south with large consumption centres in the north.

Despite these measures, rising renewable energy penetration in the south will increase the price differential between market zones, Coriglioni said.

"Terna’s plan will contain the increase in the price differentials, but it is unlikely that it will be enough to keep the market zones as coupled as they currently are,” he said.