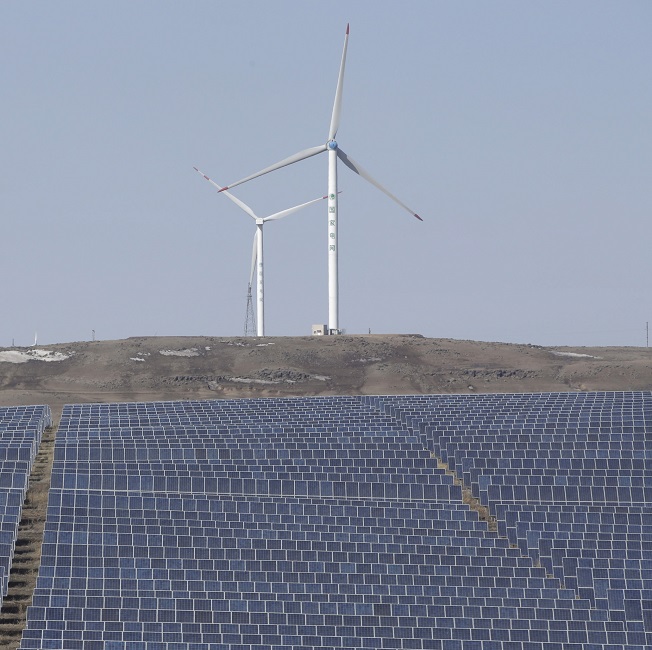 Solar developers claimed all of the 1 GW of capacity available in a technology-neutral pot, on top of 1 GW set aside for solar projects. Solar capacity was allocated at an average 25.31 euros/MWh ($30.09/MWh) and the lowest price was 14.89 euros/MWh, more than five euros below the lowest wind price.

“We are going to turn them into the first fully commercial hybrid wind and solar facilities in Spain," the company said.

The projects will "increase production and profitability" at the sites and EDPR plans a wave of similar projects, targeting 400 MW of hybrid capacity in Spain in 2021-2025, it said.

There is currently a huge interest in hybrid projects in Spain, industry experts told Reuters Events. All medium-to-large operators are considering solar-wind hybrids as a way to optimize existing installations, one source said.

Spain had 21.7 GW of installed wind capacity in 2020 and 6.1 GW of solar. Under its latest National Energy and Climate Plan (NECP), Spain aims to build 28 GW of new wind capacity and around 30 GW of PV by 2030, through annual auctions held over the next five years.

EDPR's first hybrid projects will consist of a 40.9 MW solar plant at the 49.5 MW Lomillas wind farm and a 23.6 MW solar system at the 25.5 MW Castillo Garcimunoz facility, both in Cuenca, eastern Spain. The group will also install a 13.8 MW PV facility at the 14.5 MW Cruz de Hierro wind farm in Avila, central Spain and 13.2 MW of solar at the 14.5 MW Villacastín plant in nearby Segovia. EDPR secured five solar CFDs in the auction at prices between 18.99 euros/MWh and 27.01 euros/MWh, government documents show.

Spain's best sites for new wind projects have been claimed, but much of Spain benefits from strong solar resources.

The most attractive wind farms for hybrid development are located close to the sea “where the generation curves, especially in summer, complement each other quite well,” Willstedt said.

The best sites may be on the Atlantic coast, where higher temperature differentials between the sea and the land boost wind supplies, he said.

Hybrid solar-wind projects can lower the cost of land and permitting and allow the sharing of site and grid infrastructure. The size of the project depends on site conditions, technology specifications, grid capacity and market need. 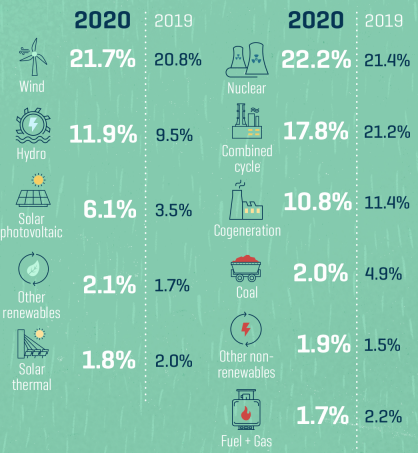 Wind and solar power converters are significant cost factors for hybrid projects. Hybrid designs can eliminate the need for solar inverters that transform direct current (DC) to the alternating current (AC) used by the grid, but this does limit the PV capacity to the capability of the wind turbine converter.

Many of the power converters used to regulate power from wind farms are oversized to prevent curtailments and can accommodate solar capacity, industry group SolarPower Europe said in a 2019 report.

EDPR will be able to use learnings from an earlier pilot project at its Janda III windfarm in Cadiz, southern Spain. Online in 2018, the Janda III pilot was the first hybrid project on the Iberian Peninsula and consisted of a 3 MW wind turbine and 372 kW of new PV capacity. Turbine supplier Vestas upgraded the technical specifications of the turbine’s controllers and converters for the project, EDPR said in an earlier statement.

"By connecting wind and solar through the turbine’s power electronics and utilising its full-scale converter, the number of converters is reduced, contributing to lower equipment costs and thus cost of energy,” it said.

"Digital solutions such as smart meters and inverters, advanced weather forecasting, blockchain technologies and other applications allow a much more efficient use of variable renewable energy resources,” he said.

A critical factor for hybrid projects is the extra revenue gained by longer operating hours. A sharp rise in solar and wind capacity in the coming years will dampen power prices during periods of high supply and many operators are now turning to energy storage to widen revenue opportunities.

The government's latest regulations encourage the development of renewable energy hubs where technologies such as biomass, hydroelectric, energy storage and even hydrogen plants, co-exist with solar and wind, he said.