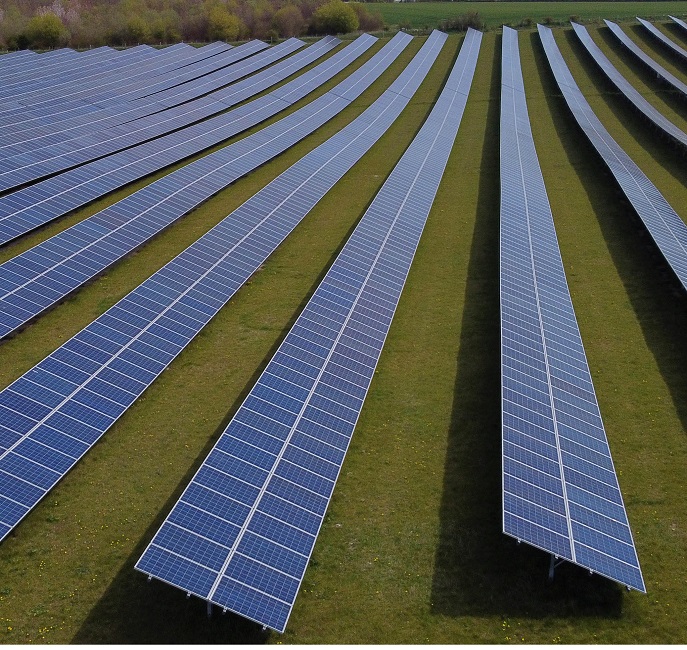 Europe's largest industrial companies have called on the European Commission (EC) to enact measures that support a "massive acceleration" of renewable energy capacity to meet its target of carbon neutrality by 2050.

The move came days before the EC unveiled a range of climate policies aimed at cutting total EU emissions by 55% by 2030.

"Without a stronger European policy focus and increased investments boosting the availability of renewables for industrial use, we not only risk delaying needed [greenhouse gas] reductions, affecting industrial competitiveness but also our overall credibility to deliver on our common commitments," the companies said.

The EC’s new climate policies include a carbon levy on the import of goods from countries with lower costs due to less strict emission standards. The carbon border adjustment mechanism (CBAM) aims to protect energy-intensive companies in Europe that must offset their carbon emissions by buying permits via the European Union’s Emissions Trading System (ETS). ETS prices have doubled since November 2020 to over 50 euros per tonne ($59.1/tonne).

Under its Green Deal plan, the EC has pledged to spend one third of the 1.8 trillion euro investments from the NextGenerationEU covid recovery plan towards reducing greenhouse gas emissions.

Italy's Terna plans to invest a record 18.1 billion euros ($21.4 billion) in the national power grid over the next 10 years to accelerate renewable energy deployment and economic growth, the grid operator announced July 7.

Terna plans to spend 25% more than in its previous 10-year plan and the grid enhancements will help Italy meet the objectives set out in its National Integrated Energy and Climate Plan (PNIEC).

Italy has pledged to increase the share of renewables to 55% of power generation by 2030 and reach a solar capacity of 52 GW, compared with a current level of 22 GW. Installation rates must rise rapidly to achieve this target as annual additions have been below 1 GW since 2013. To meet its goals, Italy must remove permitting hurdles and transpose into law European Commission (EC) directives that support repowering of assets, industry groups SolarPower Europe and WindEurope said in a joint statement July 5. Terna's investments will strengthen the power links between the south of Italy, where renewable energy output will be higher, and the north, where there is more sustained power demand, Terna said.

The grid operator will also upgrade connections between Italian islands and the mainland and build a new 1 GW interconnector with Switzerland as well as a 500 MW subsea link to Greece.

The first projects will include a new 380 kV power line between Bologna and Florence provinces in north-central Italy and the first high-voltage connection in western Sicily that will support renewable energy projects. Later projects will include the Adriatic Link, a 1 GW subsea cable between the Abruzzo and Marche regions on Italy's eastern coast that will link up more solar and wind capacity in the south with large consumption centres in the north.

"The pursuit of the objectives of the energy transition requires an effort in terms of planning, simplifying authorisation procedures and the construction of infrastructures that are unprecedented in the most recent decades of Italian history," Terna said.

Founded in Sweden, EQT Infrastructure has 18 billion euros ($21.4 billion) of assets under management and Cypress Creek is its first renewable energy acquisition in the US.

Based in North Carolina, Cypress Creek Renewables has developed 11 GW of US solar and storage capacity and operates 1.6 GW of assets.

"With EQT, we will accelerate our sustainable growth in developing the highest-value solar and storage energy projects, providing best-in-class O&M services for ourselves and our customers, and expanding our fleet of operating assets," Sarah Slusser, CEO of Cypress Creek, said.

The US House of Representatives approved July 1 a $715 billion surface transportation and water infrastructure bill in what Democrats see as an early step towards sweeping legislation that includes measures to tackle climate change, Reuters reported.

The bill authorises spending on road, rail and water infrastructure as set out in President Biden's initial $2.3 trillion infrastructure proposal but it omits other measures aimed at combating climate change including modernisation of the power grid and support for renewable energy projects.

The Democrat-controlled House approved the bill with a vote of 221 for and 201 against and the legislation is now with the Democrat-led Senate.

House Democratic aides said the measure could help a bipartisan working group in the U.S. Senate convert their $1.2 trillion infrastructure framework into legislative text, Reuters said. Biden has endorsed the bipartisan deal and the Senate hopes to pass legislation by the end of this month.

House Democrats are also working to produce a related landmark reconciliation bill that would address climate change, expand social programs and pay for new initiatives with tax hikes on US corporations and the wealthy - objectives that Republicans reject. Together, the infrastructure initiatives could cost $6 trillion and House and Senate Democrats aim to gain final congressional approval for the bipartisan infrastructure legislation and the reconciliation bill in September.

The Biden administration wants to require electricity suppliers to source 80% of power from zero-carbon sources by 2030, Reuters reported in April. President Biden has pledged to fully decarbonise the power sector by 2035 - a far harder goal - and a growing number of utilities and unions are calling for a national clean energy mandate.

A CES "provides a level of certainty for long-term investments that this country needs and we are going to move these pieces together," McCarthy said.