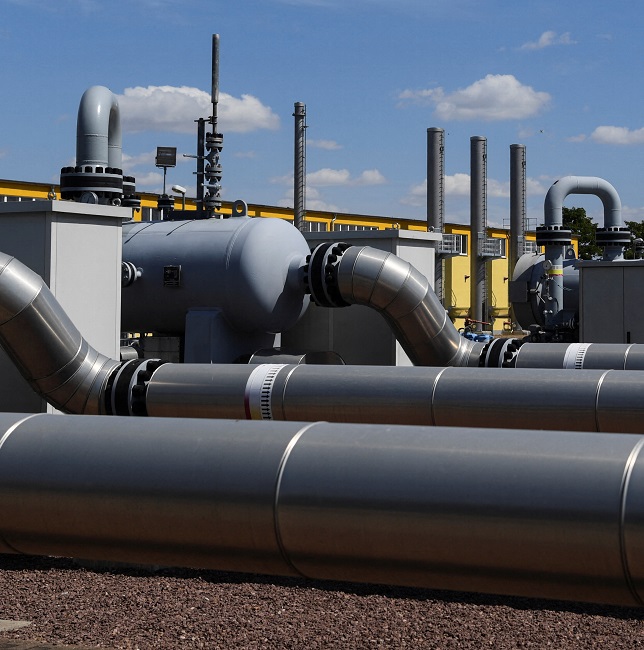 The European Commission (EC) has proposed an EU gas price cap of 275 euros/MWh for one year from January 1 in draft legislation that will be debated by EU energy ministers on November 24.

The EU is looking to curb soaring gas prices that have driven up gas and electricity bills following Russia's invasion of Ukraine.

The cap would be triggered if the front-month price on the Dutch gas exchange Title Transfer Facility (TTF) exceeds 275 euros/MWh for two weeks and at the same time the prices are 58 euros higher than a liquefied natural gas (LNG) global reference price for 10 consecutive trading days.

Countries supporting a gas price cap criticised the price level as too high, saying it would not have curbed soaring prices last August when month-ahead TTF prices approached 314 euros/MWh on August 26 and stayed above 225 euros/MWh for two weeks in a row.

Thus far, EU countries have disagreed on how to curb gas market volatility. As many as 15 of the 27 EU countries support a solid gas price cap, Reuters reported on November 23. However, Germany and several other nations have opposed an EU wide cap on gas prices fearing it could scare suppliers, reduce supply options and encourage higher gas consumption.

In a bid to ease these concerns, the EC said tracking the global LNG price would ensure suppliers continue selling to Europe and proposed that mandatory gas savings would kick in across the EU if a cap is activated.

The German government plans to skim the profits of power generators retroactively from September 1 until at least June 2023, according to a draft plan seen by Reuters on November 22.

The government has been considering imposing a levy on excess profits from solar, wind and nuclear generation to finance a new cap on gas and power bills for households and industry, draft documents showed last month.

The levy, which must be reviewed by EU authorities, and the consumer price caps, could be passed by Germany's Cabinet this week and passed by both houses of parliament in December, Reuters reported.

Under an earlier proposal by Germany's economy ministry, around 90% of solar and wind profits realised above 130 euros/MWh would be skimmed off and reallocated towards subsidising customer bills or investing in power transmission.

Delays in permitting and grid connection are hampering solar and wind growth.  The EU has called on member states to accelerate permitting procedures but implementation of new rules will take time.

"It might make sense for the state to step in with a guarantee and say 'you can order before the approval is there', then the ramp-up of the industry will be correspondingly faster," Habeck told a news conference.

The government plans to unveil firmer proposals in the coming weeks, he said.

European manufacturers are calling for more help to scale up production and manage soaring energy costs, particularly after the U.S. passed sweeping measures to support the manufacturing and deployment of renewable energy in President Biden's Inflation Reduction Act (IRA).

About 80% of the 200 GW/year global solar manufacturing capacity is located in Asia, particularly in China, where large factories and low labour costs have driven prices below European and U.S. levels.

Around 71.6 GW of U.S. utility-scale solar capacity is expected to be installed in the next three years, according to the latest infrastructure update from the Federal Energy Regulatory Commission (FERC).

There are 817 solar projects with a "high probability" of being connected to the grid between October 2022 and September 2025, FERC said, citing data from several industry sources.

The data is largely in line with predictions by the U.S. Solar Energy Industry Association (SEIA).

Tax incentives in President Biden's Inflation Reduction Act (IRA) are expected to accelerate solar and wind growth, reversing a dip in growth this year due to supply chain challenges and grid connection delays. Some 19.1 GW of coal-fired capacity is likely to be retired over the same period, along with 17.5 GW of gas-fired generation which would leave total gas-fired capacity relatively unchanged.

More than 1,000 shipments of solar energy components worth hundreds of millions of dollars have piled up at U.S. ports since June due to the Forced Labor Prevention Act (UFLPA) banning imports from China's Xinjiang region, Reuters reported November 11, citing federal customs officials and industry sources.

U.S. Customs and Border Protection has seized 1,053 shipments of solar energy equipment between June 21, when the Act went into effect, and October 25, and none have yet been released, the border force told Reuters in response to a public records request.

The detained products include up to 1 GW of panels and polysilicon cells primarily manufactured by Longi, Trina and Jinko, three industry sources told Reuters.

Longi, Trina and Jinko typically account for up to a third of U.S. panel supplies but the companies have halted new shipments to the U.S. over concerns additional cargoes will also be detained, the industry sources said.

Xinjiang produces 50% of the world's polysilicon and under the UFLPA, the U.S. border force essentially detains imports from Xinjiang until the supplier can provide documents showing components and materials were not made with forced labour.

The delivery delays are among a number of supply chain and grid challenges that are slowing U.S. solar growth, pushing the country further away from President Biden's target of a decarbonised power sector by 2035. U.S. solar installations in the third quarter fell by 23% on a year ago to 1.9 GW.

Deployment is expected to soar in the coming years following sweeping tax incentives in President Biden's Inflation Reduction Act (IRA). Annual solar installations must quadruple within the next few years to meet the President's goals.

The IRA includes tax credits for new U.S. manufacturing capacity but solar developers will largely depend on imported products until domestic capacity is expanded over the next several years.