Electrical power generated from offshore wind farms is expected to grow exponentially in the next few years and this expansion may be a key driver in helping to establish a green hydrogen economy. 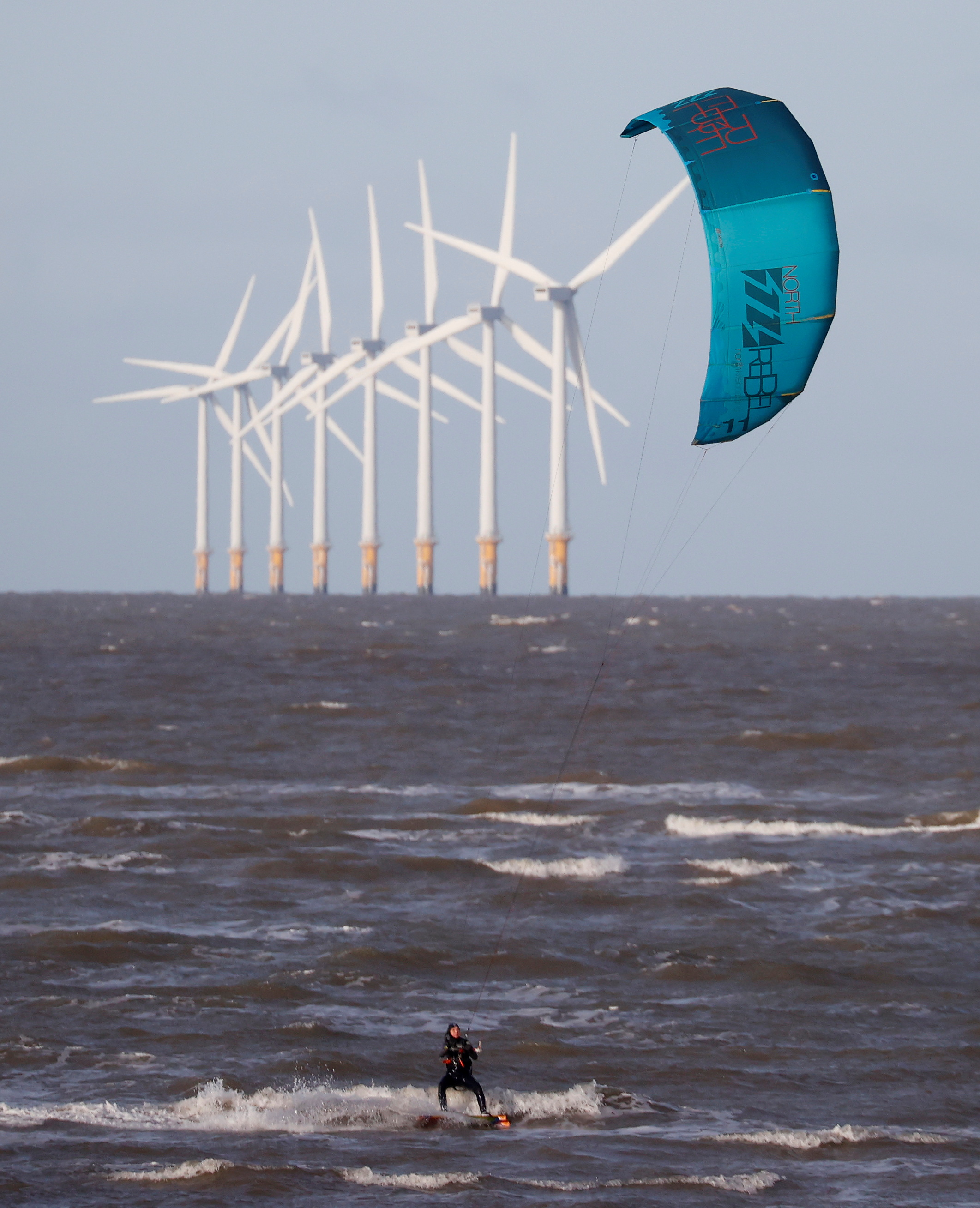 Offshore wind capacity in parts of Europe is soon expected to exceed demand and the curtailed power can be directed into producing clean, green hydrogen, while the technology’s scalability should bring prices down to competitive levels.

Over 5.5 GW of offshore wind capacity was installed in 2020, almost half of which was due to new deployments in China, followed by 1.5 GW in the Netherlands, and most of the rest in Britain, Belgium, and Germany, bringing the global installed capacity to almost 33 GW from 200 operating projects, according to the U.S. Department of Energy (DOE) figures.

This growth is expected to accelerate over the next decade, with over 23 GW of projects currently under construction.

At the end of 2020, the global pipeline for offshore wind energy development capacity was seen as 307.8 GW, the DOE says, with the European Commission expecting the 27-member European Union to produce at least 240 GW of offshore wind capacity by 2050.

“With an average annual growth rate of 18.6 percent until 2024 and 8.2 per cent up to the end of the decade, new annual installations are expected to sail past the milestones of 20 GW in 2025 and 30 GW in 2030,” according to the Global Wind Energy Council in their 2020 offshore wind report.

This is good news for those betting on the creation of a significant hydrogen economy, where the colorless gas is made ‘green’ when it is manufactured from renewably sourced electricity.

Green hydrogen will need similar order-of-magnitude increases in production from today, where only 2% of hydrogen produced worldwide can be designated as low carbon, while the vast majority is produced using fossil fuels. 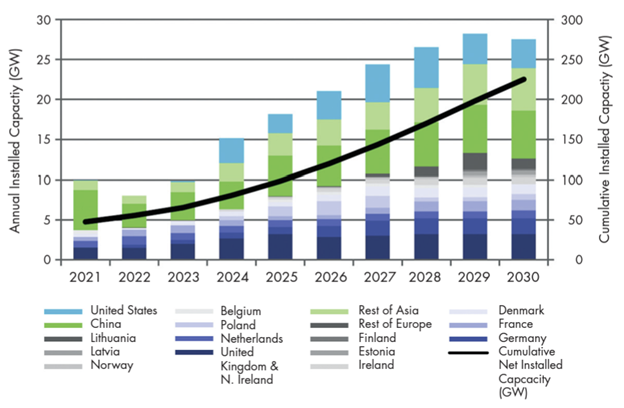 The country has an estimated 19,000 kilometers of coastline along the North Sea and the Atlantic Ocean and, using the definition of the ‘Scottish zone’ set in 1998, commands almost 500,000 square kilometers of sea, nearly six times larger than the Scotland itself.

Installed hydrogen production capacity targets are 5GW by 2030 – meeting the British government’s target for the whole United Kingdom – and 25GW by 2045, according to the country’s draft ‘Hydrogen Action Plan’.

It is this ambitious expansion that may be needed to make hydrogen a viable fuel at an acceptable cost.

“We’re moving toward price parity with onshore wind … because of huge wind turbines of 12-14 MW each. By the time ScotWind developers have begun to enact plans they are bidding for now, the turbines are going to be 18-20 MW. That’s going to reduce the cost even further,” says Senior Development Manager at Highlands and Islands Enterprise and DeepWind Cluster Manager Paul O’Brien.

For average projects such as offshore, wind-based electrolysis in Central Europe, renewable hydrogen production costs could decline from $5.4/kg in 2020 to $2.3/kg in 2030, with Levelized Cost of Electricity (LCOE) declines having the greatest cost-down impact, according to the Hydrogen Council and McKinsey & Company report ‘Hydrogen Insights’.

By 2030, offshore wind turbines are expected to soar to over 250 meters (just 74 meters shorter than the Eiffel Tower) with a capacity of as much as 20 MW each.

It is these size increases, via the ScotWind offshore wind lease tender and the Scot2Ger hydrogen export initiative, which will help fuel Scotland’s hydrogen ambitions.

“Bigger turbines mean less substructures, less cable, less installation time, less machines … so the sheer economies of scale are driving the cost reduction and it’s been happening at a pace that nobody expected. Before we thought that 10MW for a turbine was the largest it would ever get, but I’m not hearing an upper number anymore,” says O’Brien.

Winners of the SotWind tender, which will include floating wind projects in deep water areas and include hydrogen production projects, are to be announced in the next few months.

Offshore wind power generation is constrained by the need to access the power grid, which can be expensive and technically challenging, especially when projects like those being developed in northern Europe turn to deep water installations which require floating, rather than fixed, wind turbines.

But a move to hydrogen could resolve this problem, with electrolyzers located next to the turbines of an offshore wind farm.

“It’s certainly cheaper right now to make green hydrogen out of another renewable, such as solar, which is much cheaper than offshore wind, even in Europe,” says Project Director at Clean Energy States Alliance (CESA) and the author of the study ‘Offshore Wind to Green Hydrogen: Insights from Europe,’ Val Stori.

Offshore turbines are less common in the United States than in Europe and, for at least the next decade, any electrical output from U.S. wind farms will be needed to replace fossil-fuel generation, says Stori.

The U.S.’s Energy Earthshot, launched in 2021, seeks to reduce the cost of hydrogen from renewable sources by 80% to $1 per kilo in one decade (“1 1 1”) but the current administration’s struggles to pass its environmentally-leaning ‘Build Back Better’ bill has left that plan in the air.

However, large infrastructure companies are leveraging their own experience of offshore and digging into deep pockets to move into the green hydrogen space.

“Oil companies and engineering companies that have been involved in large offshore oil and gas projects are all moving into green hydrogen because, you can put an electrolyzer at the bottom of the turbines offshore, and you will put green hydrogen into that into a vessel, like oil and gas,” says Laurent Dallet, Managing Director at Nomura Greentech in Paris.

“I think this type of project will be very similar to the oil and gas projects we have seen over the last 25 years and the international oil companies have a big edge.”