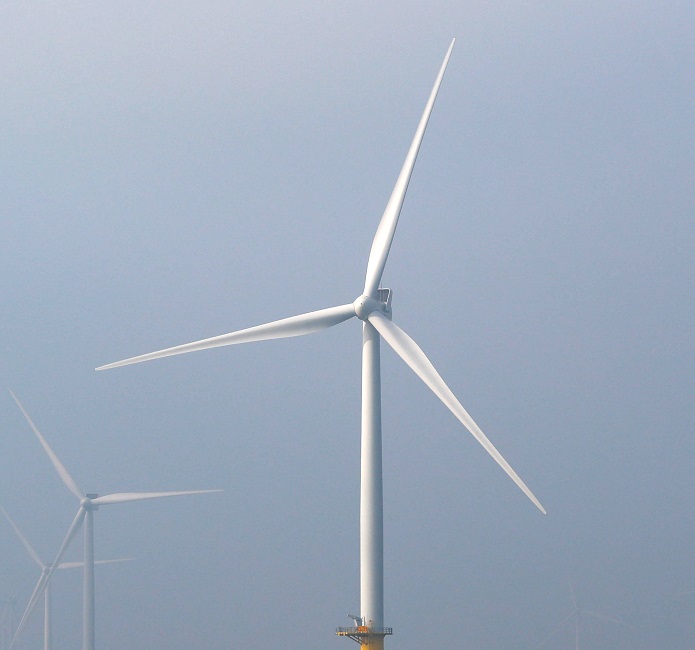 The ScotWind auction represents 25 GW of new offshore wind capacity and is the first offshore wind lease auction in Scotland in a decade. Crown Estate Scotland had initially targeted 10 GW from 15 leases but demand for projects is surging as developers look to gain economies of scale and series.

The auction is set to catalyse the UK floating wind market and propel capacity far beyond the 1 GW targeted by the UK government by the end of the decade.

Iberdrola's ScottishPower was the biggest winner, securing two separate leases for 2 GW of floating capacity and 3 GW of fixed-bottom.

The successful applicants will pay a total of 700 million pounds ($943.9 million) in option fees to the Scottish government and must gain all necessary permits before they are granted full seabed leases. Crown Estate Scotland hiked the price cap in the auction by 10 times to 100,000 pounds per square kilometre after surging demand in England and Wales.

Siemens Gamesa reported a first-quarter loss of 309 million euros ($349.1 million) and said its core profit margin this year would be between minus 4% and positive 1%, compared with a previous forecast of 1% to 4%.

Share prices in its owner Siemens Energy fell to below 18 euros January 24, the lowest level since it was spun off from former parent Siemens AG, Reuters reported. Siemens Energy owns 67% of the company and Chief Executive Christian Bruch is under pressure to buy the remaining 33% to get a better grip on its problems.

Since the pandemic, turbine suppliers and developers have been impacted by rapid rises in the cost of steel and other commodities along with transport disruptions as economies rebound from covid restrictions.

"Our development timeline was maybe here and there a bit optimistic," Chief Executive Andreas Nauen said. "Logistics costs have also been kind of exploding in recent months."

Steel prices have risen to levels not seen since 2008 and prices for other materials used in turbines such as carbon fibre, copper and resin have also increased.

The price pressures follow years of intense price competition which dented the margins of turbine suppliers, consolidating the market to a handful of suppliers.

The US Bureau of Ocean Energy Management (BOEM) will hold the US' largest ever auction of offshore wind leases next month, allocating up to 7 GW of projects in New York and New Jersey waters, the Interior Department announced.

The leases span a total of 480,000 acres, some 72% less than initially suggested after BOEM reviewed scientific data and feedback from the fishing industry and other local stakeholders, the DOI said January 12.

The lease sale forms part of President Biden's goal to install 30 GW of offshore wind by 2030. The Biden administration is accelerating federal permitting and plans to complete environmental reviews of at least 16 offshore wind projects by 2025, representing 19 GW of new capacity. New York and New Jersey together aim to install 16 GW by 2035. The auction will include stipulations that promote the development of a US offshore wind supply chain and increase engagement with local stakeholders, the DOI said.

"Stipulations include incentives to source major components domestically – such as blades, turbines, and foundations – and to enter into project labor agreements to ensure projects are union-built," it said.

US DOE to recruit 1,000 staff in clean energy roles

The US Department of Energy (DOE) will recruit an additional 1,000 employees to help allocate $62 billion in funding to clean energy projects, under legislation enacted in President Biden's $1 trillion Bipartisan Infrastructure Law.

The hiring surge comes after the DOE launched $20 billion of federal financing tools and planning changes to strengthen and expand the US power grid, following Congress' approval of the Infrastructure Law in November.

President Biden has pledged to fully decarbonise the power sector by 2035 through a huge acceleration in wind and solar but a lack of transmission infrastructure and long approval processes are delaying projects.

The DOE's clean energy hiring drive represents the largest expansion of DOE staff since it was created in 1977.