‘Green’ Hydrogen offers a path to decarbonization, but it won’t be easy

In the last two years, dozens of countries have released, or are working on, hydrogen strategies as a step toward decarbonizing the world’s energy, transport, manufacturing, and industrial sectors. 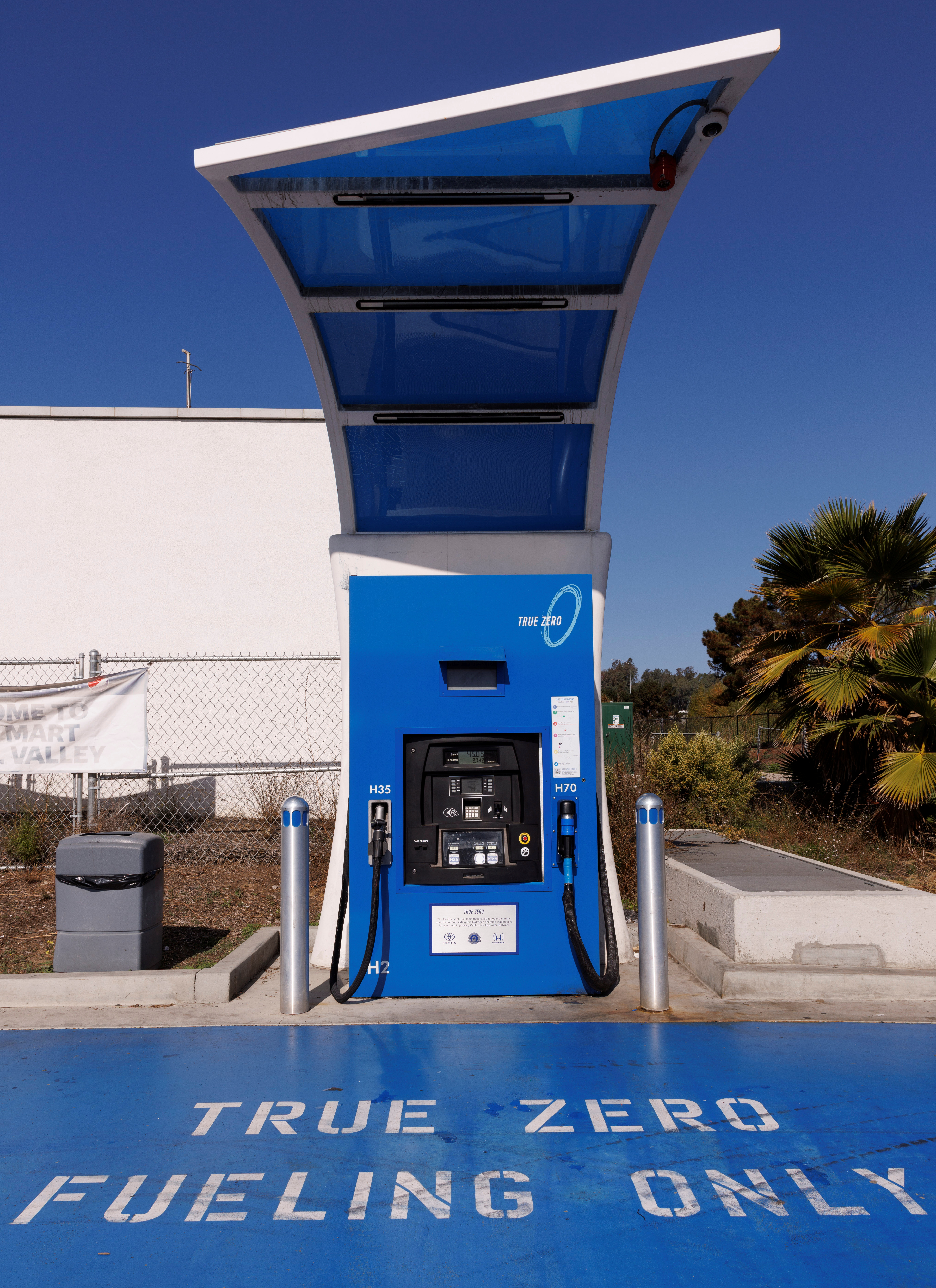 Hydrogen can power planes, trains, and automobiles, as well as steel mills and merchant ships, with only water as a bi-product and, we are told, if derived using electricity from non-carbon-emitting power generation, the fuel will be “green” from “well to wheel”.

The hydrogen revolution is coming, proponents say, and it will free the globe from its addiction to green-house gas spewing fossil fuels and herald a cleaner, more sustainable future.

However, it will not be easy.

Switching to hydrogen on a massive scale will require building a whole new global energy system as it changes how we produce the energy we need and how that energy powers the machines we need it to power.

It will cost hundreds of billions of dollars and will need everyone – from the oil majors to the general population – to change how they live and work.

And, beyond the hype and the hundreds of pages of carefully planned strategies, the journey has barely begun.

Today, only a fifth of the world’s energy comes from electricity while the remaining four fifths still relies on burning coal, oil, or gas. With effort, and the right investments, electricity generation could eventually power up to half the globe but, without burning fossil fuels or converting to hydrogen, the other half will be very hard to electrify, he says.

“The question is not so much, why hydrogen? The question should be, what else? If you’re thinking through what net-zero carbon means, then it means that you’ll have to stop burning fossil fuels to a huge extent, and that means that you have to think about something else.” 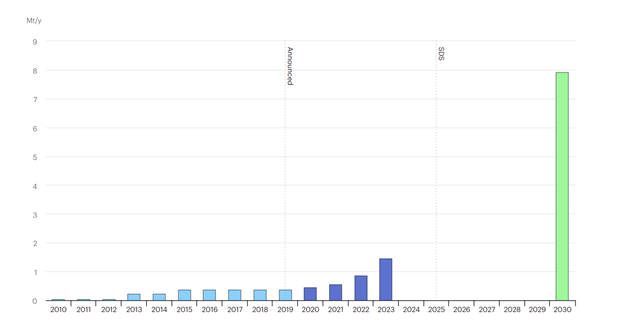 Clean hydrogen could meet almost a quarter of world energy demand by 2050, with annual sales in the range of 630 billion euros ($712 billion), according to analysts cited by the European Commission. But that goal is a long way off.

The remaining 2% is low carbon hydrogen, not from a push for net zero, but as a biproduct of oil refining and chlorine production.

The strategies that have been compiled in the last couple of years, both corporate and government, imagine a path toward a hydrogen economy through the decarbonizing of hard-to-clean up sectors such as heavy industry, construction, and transport.

“The question is, how can we turn 2% into 100% in less than 30 years?” says Dolf Gielen, Director for Technology and Innovation at the International Renewable Energy Agency (IRENA).

“You need a few things at the same time. You need a hydrogen supply, you need hydrogen transportation infrastructure, and you need a consumer.”

All of these boxes can be ticked with a large dose of commitment from governments, companies, and consumers.

For the moment, the political and industrial will seems to be there.

By the beginning of this year, more than 30 countries have released hydrogen roadmaps and the energy industry has announced more than 200 hydrogen projects and investment plans, 85% of which are in Europe, Asia, and Australia, says ‘Hydrogen Insights’ a joint research paper by the Hydrogen Council and McKinsey & Company.

Governments worldwide with hydrogen strategies have committed more than $37 billion in public funding to the cause so far while the private sector has announced additional investment of another $300 billion, according to the International Energy Agency, which also estimates some $1.2 trillion of investment will be needed between now and 2030.

“This momentum exists along the entire value chain and is accelerating cost reductions for hydrogen production, transmission, distribution, retail, and end applications,” the Hydrogen Council and McKinsey report says.

The demand is also there. As the world moves toward deeper electrification through renewable sources, the intermittent nature of generated power from the sun and the wind means a baseload must be provided on those overcast, still days when both are at low capacity and stored hydrogen can produce that power backup.

“What renewable energy has always needed is a very large storage container or storage medium … a stabilizing complimentary energy carrier and renewable hydrogen is just that; it’s renewable energy complemented by an energy carrier which gives storage, stability, and the ability to move that energy around,” says Daryl Wilson, Executive Director at the Hydrogen Council.

The previous wave of optimism about converting to hydrogen in the early 2000s, specifically hydrogen cars driven by the fear of peak oil and the concern that petroleum extraction had reached a maximum, petered out after the automobile industry failed to make the economics work.

Since then, electric vehicles have carved out an acceptable price/performance ratio and left much of the ambitions of the hydrogen car in the dust.

In the last few years, however, two things have changed to put hydrogen back on the menu, says IRENA’s Gielen.

“First of all, the cost of renewable power came down tremendously, so you can produce this hydrogen affordably using renewable electricity. The second thing is the imperative of reaching net zero carbon,” he says. 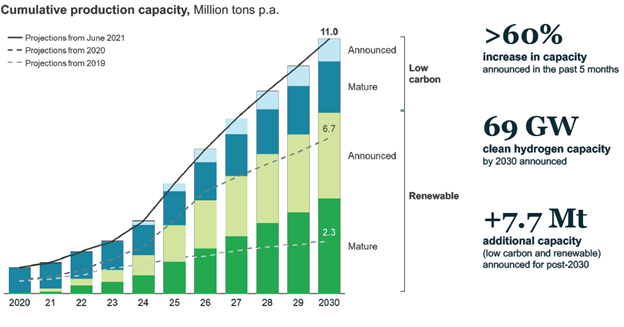 With a little help from our (oil) friends

As governments and industries pledge to make all energy reliant processes free of greenhouse gas emissions by 2050, the hydrogen story has moved from the relatively narrow view of the hydrogen-run private vehicle to entire economies behind hydrogen-powered industry, aviation, and shipping.

The task will need dedicated work, money, and expertise from everyone, including the fossil fuels industry, says President and CEO of the Canadian Hydrogen and Fuel Cell Association (CHFCA) Mark Kirby.

“We should be leaning hard on the fossil fuel industry to shift their massive financial resources, technical capabilities and asset base to making clean, low-carbon intensity hydrogen available to Canadians at the lowest cost possible. They can do it and we need them to do it if we are going to achieve net zero by 2050,” says Kirby.

Fortunately, large oil producers have been some of the most enthusiastic proponents of the plan.

Spain’s Repsol’s hydrogen strategy up to 2030 includes investments in the entire hydrogen value chain of 2.549 billion euros by the end of the decade and claims renewable hydrogen is one of “Repsol’s strategic pillars to achieve zero net emissions by 2050,” according to a statement.

The Canadians agree that the fossil fuel industry’s part is essential.

“Far from questioning Canada’s oil and gas industry, we should be demanding huge investment by it in clean hydrogen production from our abundant fossil reserves. Export the energy, leave the carbon in the ground!” says Kirby.