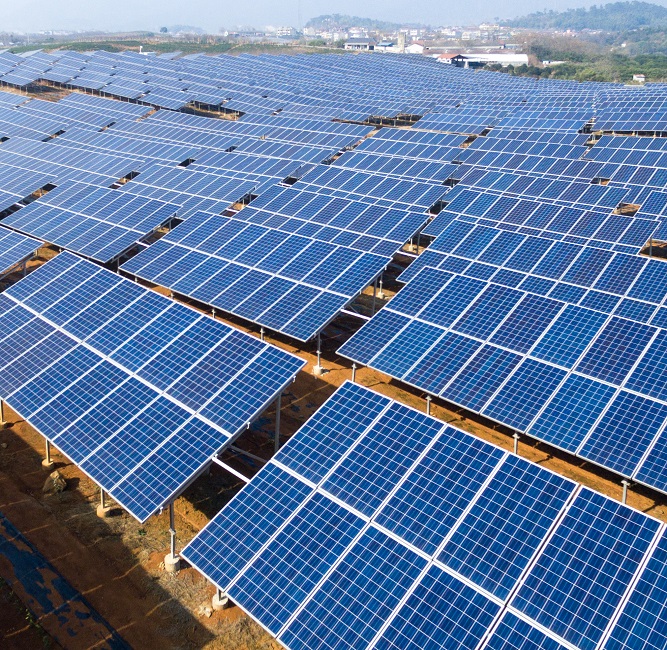 Spain's PV capacity is forecast to hike from 6 GW to over 25 GW by 2025, raising grid connection risks. (Image credit: Milocroft)

Spain will be the largest solar market in Europe this year, installing over 4 GW of capacity compared with just 288 MW in 2018, industry association SolarPower Europe said in a recent report.

The Spanish government's most recent national energy plan targets 3 GW of new renewable capacity per year until 2030 and the country is well on target to meet this objective.

Spain is forecast to install 3.5-4 GW/year of new capacity in the next five years, according to SolarPower Europe. Wood Mackenzie predicts 20 GW of new capacity will come online between 2019 and 2024, mostly utility-scale.

Developers are racing to bring online capacity allocated in Spain's record 3.9 GW solar tender held in 2017, but demand for unsubsidized projects is also soaring and Spain will be one of Europe's most active solar markets in the coming years.

Demand from corporate offtakers is on the rise and an increasing number of developers are incorporating merchant risk in their project, attracted by Spain's favorable daytime power prices, Tom Heggarty, senior analyst, global solar at WoodMac, told New Energy Update.

Much of the current activity in Spain is concentrated in southern regions.

Wood Mackenzie is currently tracking 12 GW of announced solar projects and 3 GW of this is being developed in the south-western region of Extremadura, Heggarty said. Growth is also strong in the southern regions of Andalusia, Castilla-La Mancha and Murcia, he said.

More stringent planning rules apply for projects over 50 MW and many developers have chosen to build large-scale projects above 200 MW to maximize economies of scale, Heggarty noted.

“This seems to be the size you need to go to to really take advantage of economies of scale and to compensate for greater planning and permitting costs,” he said.

Many of the developers assigned large amounts of capacity in the 2017 tender are building larger projects. These include the 493 MW Mula project in Murcia, which was among 1.5 GW of solar capacity awarded to engineering and services company Grupo Cobra in the tender. Grupo Cobra sold the project to Northleaf Capital Partners' in 2018 and the facility is due online this summer.

Across Europe and the U.S., PV developers are using economies of scale and the latest technologies to lower construction and operations costs. Economies of scale reduce capex and labor costs per MW and offer greater savings from analytics-led maintenance strategies.

Clusters of projects also allow developers to implement regional construction and operations strategies, sharing teams and equipment between projects. However, this assumes adequate resources. In some regions of Spain, the flurry of project activity has elevated the price of third-party Engineering-procurement-construction (EPC) providers, Heggarty said.

Projects under development without subsidies must either secure long-term power purchase agreements (PPAs) with end-users or operate as merchant plants by selling into the wholesale market.

Few solar developers in Spain are considering purely merchant projects due to the risk of "price cannibalization" as more solar and wind comes online, Heggarty said.

Until now, Spain's power prices have remained at relatively healthy levels across daytime solar hours but this will change as more capacity is installed. In markets with high solar penetration, such as Germany and California, daytime prices have fallen.

“Typically in European markets, we see that once hourly wind and solar feed-in surpasses 50% of total power supply, prices drop below 30 euros/MWh and rapidly towards zero after that,” he said.

“There are a limited number of bankable offtakers that will be able to absorb a large proportion of power from a multi-hundred MW project, so stacking smaller corporate PPAs, and/or selling into the wholesale market will spread risk and potentially offer greater returns," he said.

In one example, power utility Iberdrola has already signed three PPAs for its 500 MW Nunez de Balboa solar plant in Extremadura and could sign more, selling the remainder of the power to the wholesale market.

Due online in 2020, the 290 million-euro Nunez de Balboa plant will be Europe's largest solar facility. Earlier this month, Iberdrola secured 285 million euros for the project from the European Investment Bank (EIB) and Spain's ICO state bank.

Growth in battery storage capacity in the coming years could help to mitigate some of the price risk for merchant solar projects.

Grid access is a significant challenge for Spanish solar developers due to insufficient infrastructure investment.

In parts of the south, authorizations for grid connections have far outstripped actual transmission grid capacity.

In Andalusia, for example, Wood Mackenzie estimates there is 9.7 GW of authorized grid connections for renewable energy projects, compared with 4.5 GW of available grid transmission capacity.

Olga Garcia, Extremadura’s Minister for Economy and Infrastructure, highlighted the scale of the challenge.

"There are more than 120 projects regarding photovoltaic energy that will be connected to the grid and that will provide a power capacity of 7,500 megawatts (MW); some of them are currently in the permitting stage and others are already under construction," Garcia said.

Grid limitations have already impacted the current wave of projects. Strong market activity has placed higher demand on land with nearby grid connection points, inflating the cost of developing utility-scale PV in Spain relative to other markets, Heggarty said.

In 2018, Spain had one of the lowest all-in utility-scale PV costs in Europe. This year, cost reductions have been far smaller than the European average, he said.