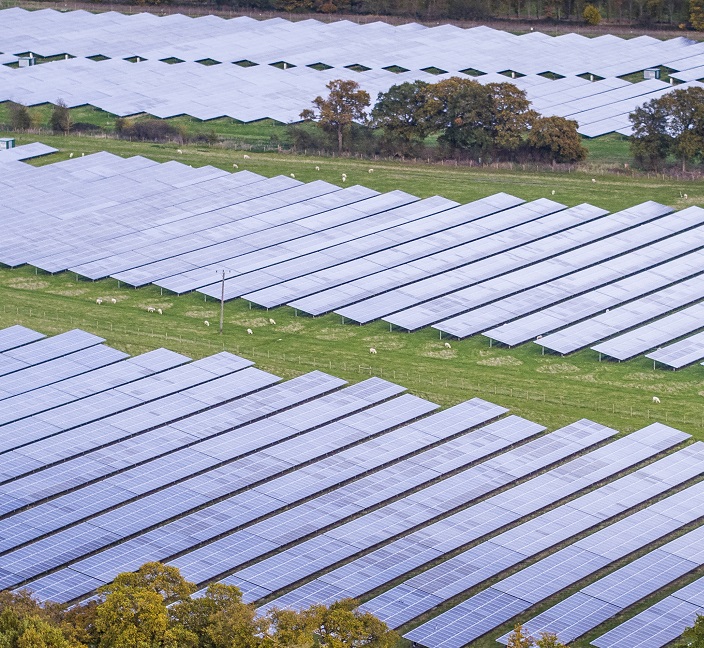 Falling panel prices have been the main driver of cost reductions, but innovations in balance of system and operations and maintenance (O&M) practices have also played a role. Plant lifespans are also increasing with some developers now predicting 40 years of operations.

"Solar PV growth in the UK will be driven by continued cost reduction of solar panels as well as a reduction in balance of system costs” Wolf Dietrich, General Manager at developer Solarcentury, told New Energy Update.

A further 10 to 20% reduction in costs would "make a lot more projects feasible in the UK," Dietrich said.

By 2030, solar costs could fall to as low as 40 pounds/MWh, undercutting wholesale prices and making solar the U.K.'s cheapest energy source, STA said in its report. 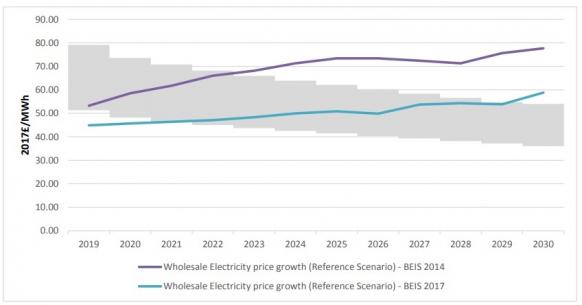 To meet these cost forecasts, solar developers will have to overcome grid connection and land availability challenges and secure a share of the emerging corporate PPA market.

Grid availability and connection costs remain a critical issue for many solar developers in the UK.

"Continued distribution network congestion will drive increases in grid connection costs, but we factor in some mitigation of this effect in future as a result of increased availability of more flexible network connection options," STA said in its report.

In the past, higher subsidies for solar projects meant that farmers could often secure annual rents of 1,000-1,200 pounds per acre, Dietrich said. In the current market, solar projects might only become feasible at rents of around 600 pounds/acre and this is still a favorable price compared with crop production margins, he said.

Further falls in capex will increase the share of operational expenditure in project costs.

“These [O&M] costs have already dropped considerably, we don’t see a lot of margin for further reductions that would have a significant impact on project feasibility,” Dietrich said.

Rising insurance costs could inflate O&M costs going forward, STA said in its report. This would be offset by falling O&M contract costs, it said.

Growing renewables capacity will reduce the ability for solar operators to capture wholesale market prices during high wind and solar periods, STA warned in its report.

“Investors are getting more comfortable with subsidy-free projects...but only where the income is provided by a fixed term corporate PPA from a bankable organisation," Peill said.

"This will help to build up experience in the PPA model among both developers and corporates, further enabling future cost reductions," it said.