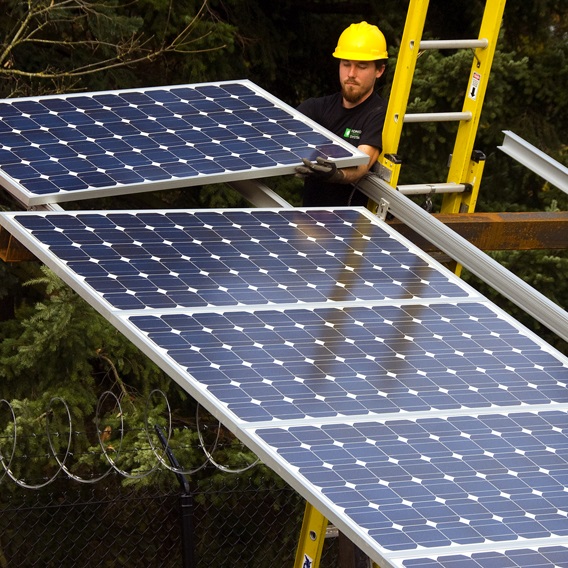 US solar employment was rising fast until the COVID-19 outbreak. (Image credit: Oregon Department of Transportation)

The US solar industry has cut 65,000 jobs due to COVID-19 and cancelled the creation of around 50,000 positions, the US Solar Energy Industry Association (SEIA) said in a statement May 18.

By June, the solar workforce is expected to fall to 188,000 personnel, dragging the industry back to 2014 levels, SEIA said.

Before the crisis, US solar employment was forecast to rise to 302,000 jobs this year as new installations soared to record levels, SEIA said. The Solar Foundation was less bullish, predicting job numbers would rise by 7.8% this year to 269,500 in a pre-COVID-19 census.

Some 3 GW of US solar capacity is now expected to be installed in Q2, 37% lower than forecast before the pandemic, SEIA said May 18.

“Thousands of solar workers are being laid off each week, but with swift action from Congress, we know that solar can be a crucial part of our economic recovery,” Abigail Ross Hopper, president and CEO of SEIA, said in a statement.

The new O&M company has been renamed NovaSource and Clairvest will support the O&M team in a management buyout, the company said.

“NovaSource can capitalize on our industry’s tail winds and the expected growth of installed solar assets over the next ten to fifteen years," Jack Bennett, CEO of NovaSource, said in a statement.

Pre-COVID-19, annual global solar O&M spending was forecast to double to $9.4 billion by 2024, as installed capacity grows, Wood Mackenzie Power and Renewables said in a report published in October 2019.

Annual solar installations were forecast to rise to 120 GW-125 GW in the early 2020s, driven by growth in emerging markets, WoodMac said in July 2019.

By 2022, some 19 countries were forecast to install between 1 and 5 GW of solar power per year, compared with just seven countries in 2018, WoodMac said. New growth markets include Saudi Arabia, France and Taiwan, it said. 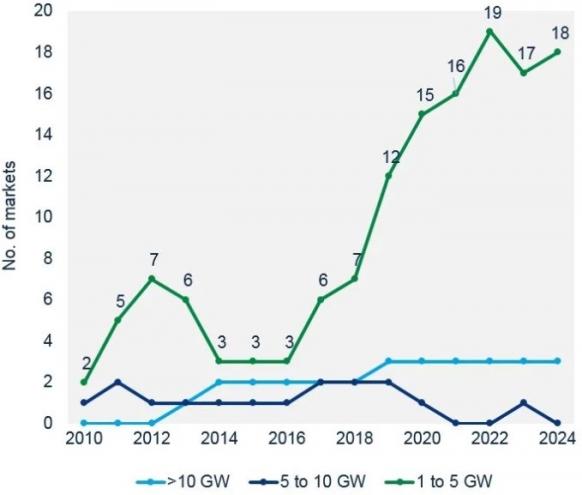 "Our planned transaction will allow for each company to focus on their core strengths in their respective markets around the world," he said.

Quinbrook Infrastructure Partners has received full federal approval for its groundbreaking 690 MW Gemini solar plus storage project in Nevada, the company announced May 11.

“This final decision officially clears the pathway for Quinbrook, and our development partners at Arevia, to accelerate completion of detailed project designs and procurement plans for one of the world’s largest renewables projects," David Scaysbrook, Co-Founder and Managing Partner of Quinbrook, said.

Nevada utility NV Energy has agreed to purchase the entire capacity of the project under a 25-year power purchase agreement (PPA). The storage will be used to supply power in the early evening peak demand period.

US to double renewables plus storage plants by 2023

The number of US solar and wind assets co-located with batteries will double from 53 in 2019 to 109 by 2023, according to the US Energy Information Administration's latest inventory of power plants.

The number of renewables plus storage plants has tripled since 2016. Texas currently hosts almost half of this capacity and Nevada will soon rival Texas as giant projects such as Quinbrook's Gemini solar plant come online.

Top 10 US states for renewables plus storage

Renewables developers are building larger projects to benefit from economies of scale. The average renewable capacity at new coupled facilities is forecast to hike from 34 MW in 2019 to 75 MW by 2023 while average battery capacity will soar from 5 MW to 36 MW, EIA said.

The storage of excess energy is the most common application for co-located batteries but the majority of facilities serve more than one function, EIA noted. Frequency regulation, system peak shaving and backup power are also common applications.