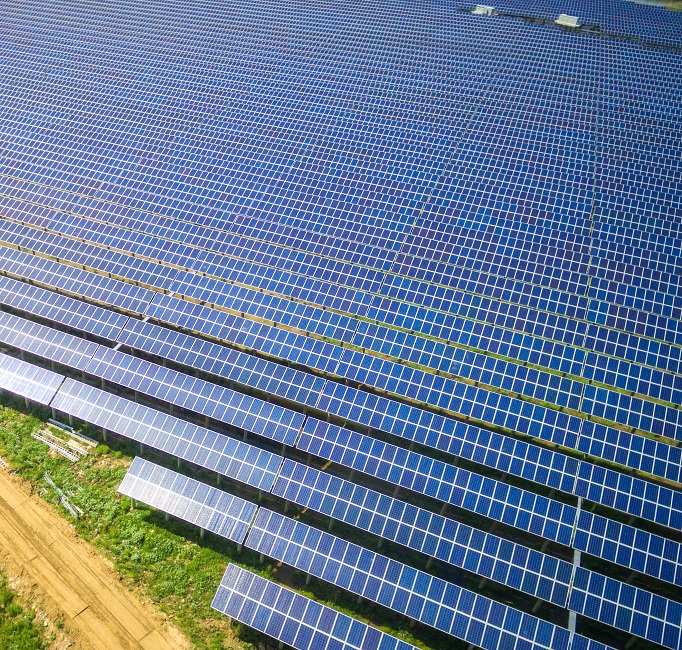 Annual global solar operations and maintenance (O&M) costs will double from around $4.5 billion in 2019 to $9.4 billion in 2024, as installed PV capacity grows, Wood Mackenzie Power and Renewables said in a new report.

Annual solar installations will rise to 120 to 125 GW in the early 2020s, driven by growth in emerging markets, WoodMac said in an earlier report in July.

By 2022, some 19 countries are forecast to install between 1 and 5 GW of solar power per year, compared with just seven countries in 2018, WoodMac said. New growth markets include Saudi Arabia, France and Taiwan, it said. 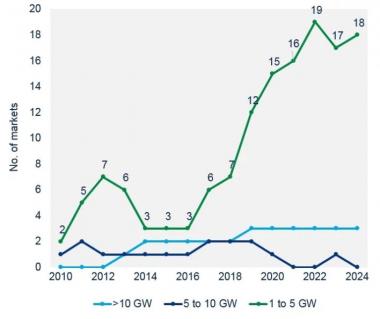 By 2024, China, India and the U.S. will be the largest markets for O&M services, together hosting some 50% of global installed solar capacity, it said.

The Trump administration has removed exemptions on import tariffs for bifacial panels in the latest bid to protect U.S.-made products.

Following consultation with the U.S. Secretaries of Commerce and Energy, the USTR has decided to withdraw the exemptions for bifacial panels as they undermine the objectives of the Section 201 safeguards, it said in a notice published online. As of October 28, the exemptions will no longer apply, USTR said.

The removal of the exemptions could inflate prices for consumers, the Solar Energy Industry Association (SEIA) said in a statement. 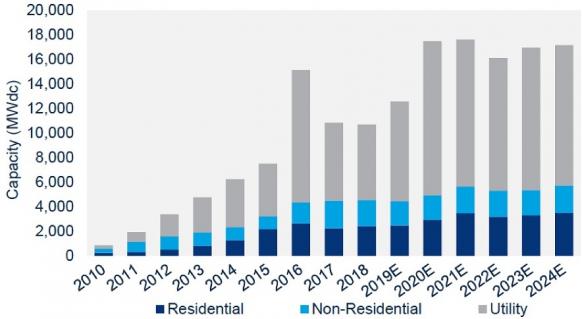 "In its rush to judgement, USTR missed an opportunity to address the significant shortage of domestic solar panels and its decision will slow the growth of an American economic engine," the SEIA warned.

By 2024, bifacial panels are forecast to represent 17% of the global solar market, it said.

A group of major European manufacturers are proposing to build 2 GW/year of advanced solar manufacturing capacity in Europe to fuel the growing hydrogen economy, using funding support from the European Union (EU).

The project could create over 6,000 jobs and would be a welcome boost for Europe's PV manufacturing sector which has been severely impacted by cheap imports from Asia.

The "Silver Frog" project is estimated to cost 12 to 15 billion euros ($13.2-16.5 billion) and has been submitted to the European Union's Important Projects of Common European Interest (IPCEI) program. The EU has thus far received eight hydrogen proposals under the IPCEI program and plans to select the winning projects in 2020, industry group SolarPower Europe said in a statement.

Under the Silver Frog plan, Meyer Burger would supply the solar PV manufacturing line, Ecosolifer manufactures the modules focusing on heterojunction technology, European Energy acts as the energy developer and Hydrogenics supplies the water electrolysis technology. The project partners have identified Italy as a potential host of some of the solar power generation capacity. The balance between hydrogen production and consumption would be managed via "large-scale hydrogen storage solutions," the partners said in a presentation.

The hydrogen would be transported by gas pipelines to industries which are hard to decarbonize, such as the steel and chemicals sectors. Over a period of eight years, the new facilities could reduce annual CO2 emissions by around 8 million tonnes, the partners said.

Wind power groups are also looking to capitalize on the growing demand for hydrogen in transport and industry.

In March, Denmark's Orsted announced it is developing green hydrogen projects as part of its bid for the Holland Coast South 3&4 projects in the Netherlands. Orsted is the world's largest offshore wind developer by capacity and plans to increase its installed capacity from 5.6 GW to 15 GW by 2025.