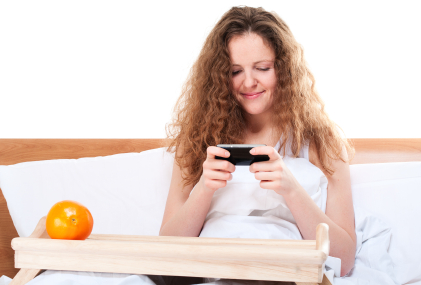 The initial burst of creative energy in the Health 2.0 space has focused on virtual health tools, such as apps that help track physical activity or websites that chart nutritional information and manage diets. The poster child of this early activity was Keas, co-founded by Adam Bosworth, the former head of Google Health. Keas aspired to be the Mint.com of health; its basic model gave users a personal homepage, sent them regular email and text reminders, and tracked their progress in charts and graphs on the way toward fulfilling personal health goals.

There was one problem: People weren’t all that interested in it. While the start-up received venture capital funding, it failed to find traction with real-world users. Individuals were reluctant to pay for the service, and companies that instituted it (like Pfizer) found that use dropped off precipitously among employees as time marched on. “We came to realize that getting beautiful, color-coded charts about your health can often create a negative feedback loop,” recalls Keith Messick, chief marketing officer at Keas. “It can quickly turn into a lovely way to say, ‘Wow, I’m not doing well here. Wow, I’m really not doing well there.”

And that sort of negative feedback can keep people on the couch rather than inspire them to get up and out to the gym … or back on diet … or up-to-date on prescribed meds. Keas’s approach, the team realized in a light-bulb moment in mid-2010, was all a little too dour, whereas successful social and virtual tools these days are the opposite: fun, catchy, interconnected.

And so the start-up did what millions of golfers do on the first tee each week: It took a mulligan. Specifically, it reoriented its entire approach toward the idea of social games. Games, after all, are inherently fun and addictive, which are powerful adjectives if they can be redirected toward healthy behavior. “Games work, we just know it,” says Messick. “A lot of times they’re good at creating awful behaviors, but they’re engaging. And social media is the same way.” If you look at Facebook, for example, 50 percent of users log in every day, says Messick. “How do you capture these addictive qualities and use them in a positive way?” (For more on the use of games in pharma, see Future pharma: Making games work for pharma and Technology, adherence and patient partnerships.)

That became Keas’s guiding principal, and in 2011 it relaunched as a social game for corporate wellness. The game works by encouraging employees to form teams, and those teams compete against each other for prizes—cash, bragging rights, prestige. “They all seem to apply in the company environment,” says Messick.

Along the way, each team member sets individual health goals—to stop smoking, to practice yoga, to swim, to run, to do lunges at the copier. Whether or not they meet these goals week-by-week determines the points their team wracks up. Peer pressure plays a significant motivating roll, as team members can interact in a Facebook-esque news feed and keep tabs on one another. “Your reputation to co-workers is important to your success” at any company, says Messick. “You’ll let your friends down before you’ll let co-workers down.”

So far, the market seems to agree. Keas is raking in nearly 100,000 new users per quarter, and its list of engaged companies now includes two of pharma’s biggest players, Pfizer and Novartis, as well as numerous companies outside the life science space. Pilots have shown a sizable improvement in reported healthy behaviors. At Pfizer, participating employees who exhibited healthy behaviors rose from 15 percent to 35 percent over just three months. Those sorts of results could have big implications for the overall health and wellbeing of the general population, and of corporations.

“At this point, wellness is core to your business strategy,” says Messick. “Companies used to have to think about regulatory pressure, foreign competition, cost of goods sold. Now they have to worry about the health and happiness of their employees—are they overworked, overstressed, overweight? The collective weight of that is falling on the bottom lines of these organizations.”

Social games have boomed into a billion-dollar industry in the last three years. One in five Americans above the age of six has now played a social game, according to a study conducted by Mashable. Nearly half of social gamers in the US and UK have dipped into their wallets to spend virtual currency in a social game, and experts expect spending on virtual goods to increase from $2.2 billion in 2009 to $6 billion in 2013.

The granddaddy of the industry is FarmVille, a farming simulation game created by Zynga in 2009 and accessed via Facebook. The game already has more than 200 million monthly players and $600 million in revenue. But FarmVille has anything but a monopoly on the social gaming market. It didn’t even make the top ten of Facebook’s most popular social games of 2011; Gardens of Time, a hidden objects game, claimed the top spot on the pedestal.

The more popular social games become, the more variations seem to emerge. Major corporations now launch games of their own to foster community and drive business or charity. MasterCard, for example, has its You Play, We Give campaign, while travel giant Expedia entices customers with a social game called FriendTrips.

Social games for social good are another recent development. New-York-based Games for Change is involved in numerous ‘good’ games; with their help, this year Pulitzer-prize winning journalist Nicholas Kristof of The New York Times will launch a social game through Facebook to raise awareness of and continued support for global crises. Players who buy virtual goods in the game will be directing real funds toward aid organizations in places of need around the globe.

Selling social games to corporations is yet another iteration, as Keas has shown. Competitors Shapeup and Wellthy are keen to enter the social-games-for-corporate-wellness arena as well.

All of which begs the question of what pharma’s relationship with social games will become in the years ahead. As social games approach ubiquity, should the industry produce games of its own to engage patients and raise disease awareness? Should it place advertisements in other social games—say, on a virtual billboard that towers above a virtual thoroughfare in CityVille? Should it look at acquisition opportunities?

All of the above, says John Pugh, director of digital communications at Boehringer Ingelheim. “Tools like social gaming can definitely augment the current business model, enhance bottom-line profits, and help with promotion,” he says. But it goes beyond that. “This isn’t just about making money,” he continues. “It’s the opportunity to engage with people directly and to make more of them healthy; to promote and properly improve lives through gaming and these sorts of endeavors.”

Although the FDA is yet to provide comprehensive guidance on social media, most major pharma companies have embraced the medium for product promotion, corporate affairs, and disease awareness. Trouble is, actual user engagement in pharma social media initiatives is paltry, even among people who want to learn about drugs and diseases. Of consumers already using or interested in online information and tools from pharma companies, only 13 percent want to access this content on Facebook and 5 percent on Twitter, Manhattan Research’s report Cybercitzen Health Europe found.

In other words, pharma has Keas’s old problem: It’s not fun, catchy, or interconnected, at least not in the realm of social media.

In this respect, social games could be useful. Pharma companies can create their own social games to engage patients and create a sense of community. At Boehringer Ingelheim, Pugh is working on a social game called “Syrum,” which will run via Facebook and allow players to operate their own pharma companies and make decisions about drug development, clinical trials, and product launch. The goal is to increase awareness of the challenges and expenses that go into drug discovery and development, and to create a sense of community.

“Social gaming should be about connecting with people and groups of people that traditionally we’ve been unable or unwilling to [connect with],” says Pugh. “There needs to be a paradigm shift in the way that pharma operates.”

Pugh adds that the argument that pharma companies will be overwhelmed by social chatter and data threads doesn’t impress him. After all, mining data and making sense of it is one of any pharma company’s core competencies. “If we put our minds and resources to it, then we can make sense of it, and we can understand that data and information in a very useful way,” he says.

Full ownership of a game isn’t the only option for pharma companies in the social gaming space. Alternatively, they can partner with established games and organizations to drive causes they care about, push a brand, or raise awareness. In 2010, Boehringer Ingelheim provided support to HealthSeeker, a social game developed by the Diabetes Hands Foundation. As new games emerge, so too will new partnership opportunities.

Pharma can also consider investment and acquisition prospects. In the minds of some, the intersection of social gaming, mobile, and health represents the dawn of a new healthcare era. As pharma continues to search for new sources of growth and revenue in a stagnating market, it may behoove the industry to realign with new digital solutions that are as curative (and profitable) as a drug. “Our business model is being challenged,” says Pugh. “If pharma is going to be useful in this world, it needs to redefine what it does and why it’s doing it.”

Keith Messick concurs. “Increasingly big companies are looking at start-ups as the innovation arm of their companies,” he says. “They would have a hard time launching these ideas themselves, but they get the benefit of other people learning from their failures and building on them, and then they come in and profit from the value.”

That’s a game pharma may want to play.

To read more about Health 2.0, see The Future of Pharma Series.

For more on marketing and games, join the sector's other key players at SFE USA on June 12-14 in Somerset, NJ.

For more on patient adherence and games, check out Patient Adherence Europe on May 29-30 in London.