J&J lead the way on a bold new approach to healthcare with their Disease Interception Accelerator.

J&J is looking for growth in unconventional places, pinning their hopes on prevention and disease interception with Type 1 diabetes being their first planned target.

Only when people feel unwell do they start to look for the causes of their disease; traditionally, pharmaceutical companies have been there to provide the medication and treatments necessary. However, Janssen Research & Development, LLC (Janssen), a Johnson and Johnson (J&J) company, has a progressive new approach to disease, aimed at earlier intervention to prevent disease progression.

In order to accomplish this, Janssen will be looking at environmental triggers and the genetic susceptibility of people who are at risk of developing particular medical conditions. Janssen will be collaborating with researchers globally in a bid to identify innovative technologies that show promise of proactively providing solutions in efforts to develop them to assist people before they become ill.

What is the Disease Interception Accelerator? 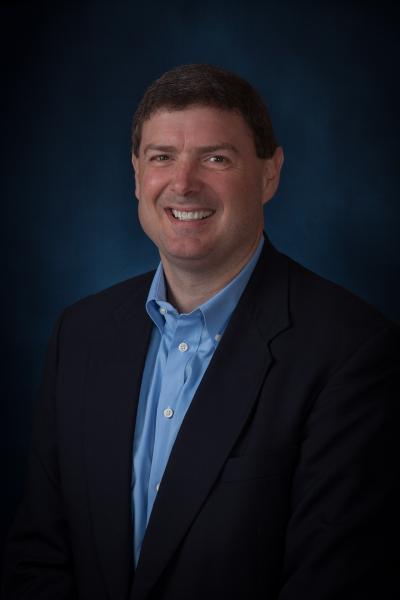 Dr. Benjamin Wiegand is Global Head of the Disease Interception Accelerator (DIA) for Janssen Research & Development, and explains how he believes the DIA will add value to patients and his company.  “Disease interception is an exciting, future-focused, scientific approach undertaken by the Janssen Pharmaceutical Companies of Johnson & Johnson,” he says.“We have been screening target diseases, based on four filters: a) size of unmet need; b) ability to identify risk factors that identify people at high-risk to develop a disease; c) ability to identify a target for intervention, including Pharmaceutical, Device and Consumer solutions; and d) length of time to intervene during the ‘disease interception window’.”

Once a targeted disease area that meets the above filters has been identified, such as type 1 diabetes, the company identifies a Venture Leader, who combines deep scientific expertise with an entrepreneurial mindset to develop a strategic venture plan to intercept the targeted disease. “To help drive focus and a sense of urgency,” explains Wiegand, “these ventures use tranche-funding investments with external collaborators, including academic and small and large companies, to answer the most important questions. Through targeted investments, addressing critical hypotheses, we can accelerate key research in the disease area.”

Going forward, it will no longer be enough to treat the symptoms of illness.  Success in the future will be driven by programs that address the root cause of disease by intervening earlier than today’s clinically-accepted point of diagnosis, through solutions that stop, reverse or inhibit progression to disease before a person ever gets sick.

While the five Janssen Research & Development Therapeutic Areas (Cardiovascular & Metabolism, Immunology, Infectious Diseases & Vaccines, Oncology, and Neuroscience) maintain a critically important role in the discovery, development and delivery of novel therapeutics to treat some of the most difficult diseases with high unmet medical needs, Janssen understands that they must continuously seek to innovate in health care.

“Going forward,” says Wiegand, “it will no longer be enough to treat the symptoms of illness.  Success in the future will be driven by programs that address the root cause of disease by intervening earlier than today’s clinically-accepted point of diagnosis, through solutions that stop, reverse or inhibit progression to disease before a person ever gets sick.”

J&J isn’t planning to pioneer this approach by themselves. As Wiegand explains, "We hope to lead an important change from ‘diagnose and treat’ to ‘predict and pre-empt,’ and look to do so in collaboration with other pharmaceutical and biotechnology companies, academic centers, governments, patient organizations, and entrepreneurs".

As J&J works to hone and advance disease interception strategies in disease areas like type 1 diabetes, presbyopia, cataracts, perinatal depression, and other select areas, they hope to inspire other groups to partner with them to find solutions, as well as potentially expand into other areas of opportunity.  “In order to create a true paradigm shift, collaboration is essential to the success of interception approaches – we, as an industry, all play an important role,” says Wiegand.

Janssen DIA and JDRF team up

A shining example of the kind of cooperation Wiegand is keen to promote within the pharma industry is Janssen’s plans for work with JDRF (formerly known as the Juvenile Diabetes Research Foundation), a charitable organization dedicated to the funding of type 1 diabetes (T1D) research. Founded in 1970, JDRF’s vision is for a world without T1D, and the foundation has long believed in taking proactive preventative measures to move toward this goal.

JDRF’s forthcoming collaboration with the Janssen DIA is an initiative that the JDRF is particularly looking forward to in order to achieve their vision, especially since the Janssen group is already working in diabetes research with Emil Unanue, M.D., Paul and Ellen Lacy Professor, Pathology & Immunology at Washington University, an award winning immunologist. Together they are undertaking important work to determine the role of antigen presenting cells in the initial onset and progression of T1D.

There is a particular compelling need for a cost-effective diagnosis or provision of a universal childhood intervention (vaccine or dietary intervention) for all children in the first year of life.

Dr. Richard Insel, JDRF’s Chief Scientific Officer, who himself has a distinguished medical and research career in the field of pediatric immunology, is enthusiastic about this new partnership. “Janssen brings to the table expertise in diagnostics, therapeutics, and a commitment to disease interception,” he says. “Janssen is committed to dedicating significant resources over a long period of time to deliver on their commitment to disease interception for T1D.”

Insel highlights that, within the field of T1D, “There is a particular compelling need for a cost-effective diagnosis or provision of a universal childhood intervention (vaccine or dietary intervention) for all children in the first year of life.” He suggests that the preventative approach being taken by Janssen, “Could prove to be cost-effective in the long-term, by reducing daily costs of diabetes management and preventing hypoglycemia and long-term diabetic complications.”

“We can identify risk of T1D at birth, based on genetics, follow those at-risk children for onset of T1D autoimmunity and then ultimately offer interventions to intercept and arrest progression,” adds Insel. However, he also points out that screening based on genetics will not detect all at-risk children, and the majority of genetic at-risk never develop T1D because of the major role of environmental factors.

Insel highlights the important role of the JDRF FR1DA study in this area, which is an example of childhood population-based risk screening. “Of concern is the fact that the incidence and prevalence of childhood onset T1D has been increasing in the last three to four decades, and that the threshold for developing T1D based on genetics has lowered,” he says. “This means an increasing role is being played by environmental factors and there is a somewhat decreased contribution from genetics.

A paradigm shift in healthcare research

The public image of Janssen, and by association the J&J group, stands to benefit significantly from its research in this area. “We fundamentally believe,” Wiegand explains, “that advancing and making significant progress in disease interception will move ‘disease care’ today to ‘health care’ tomorrow, where individuals’ health and wellness may be preserved. This will translate into substantial improvements for society, governments and the global economy. We hope that this focus on disease interception further demonstrates our commitment to eliminating disease through highly innovative, transformative medical solutions for people around the world.”

To this end, there is also an ongoing initiative between BRIM Biotechnology Inc. and Janssen Pharmaceutica N.V., who are collaborating on research into the development of therapies for Dengue fever, a mosquito spread disease affecting around no fewer than 400 million people globally each year. In tropical regions Dengue fever is a leading cause of illness and death, yet there are no approved vaccines or therapies currently available.

Hepatitis B is also a major health problem, with 240 million chronically infected worldwide. It requires treatment for life in most cases. The University of the Witwatersrand, South Africa and Janssen Sciences Ireland UC are collaborating in research to proactively fight this disease. The research involves exploring the possibility of delivering transcription activator-like effector nucleases (TALENs) using viral and non-viral vectors, which are hepatitis B targeted.

Why try to eliminate disease now?

The opportunity exists to redefine health care by diagnosing and intercepting disease at its earliest, less progressed, less resistant stages and, in turn, lead the next wave of growth for our company and transform the industry.”

Wiegand suggests that there has never been a better time for a company such as J&J to take on research in this area. “Janssen views disease interception as the future of healthcare. With major advances in the new frontiers of science and precision diagnostics, we are in a position to better understand the root causes and initiating stages of disease, which enables the potential to intercept disease,” he says.  “The opportunity exists to redefine healthcare by diagnosing and intercepting disease at its earliest, less progressed, less resistant stages and, in turn, lead the next wave of growth for our company and transform the industry.”

For millions around the globe, the focus has been on wellness as people try to free themselves from dependence on daily medication for diseases like type 2 diabetes, cardio-vascular conditions, and arthritis, among others. J&J is tapping into this new age desire for clean living and health, and are deploying the enormous amount of medical and technological expertise at their fingertips through collaborations that could go a long way towards making this a reality.

“We see prevention and disease interception as two separate strategies that are very closely related,” Wiegand explains. “Janssen is approaching prevention through the Janssen Prevention Center, which is aimed at non-communicable diseases that exist within the general population, while efforts in disease interception will require specificity in the identification and targeting of at-risk populations to deliver solutions that stop or reverse progression to disease.”

Therefore, the DIA program will not be operating is isolation, but is fundamentally based on collaborations. As an example, the Janssen Microbiome Institute will be studying the diverse bacteria living both within and on the surface of the human body and the crucial role they play in possibly preventing diseases, such as asthma and T1D.

Insel believes, “There may be a role for the intestinal microbiome in susceptibility to T1D,” so by incorporating the latest insights obtained from microbiome studies with the DIA program, the next era of transformational medicine could soon be here.