A plan to build a wind-SMR and hydrogen production hybrid-energy project in North Wales is the latest sign of where the UK nuclear strategy may be heading as older plants come offline. 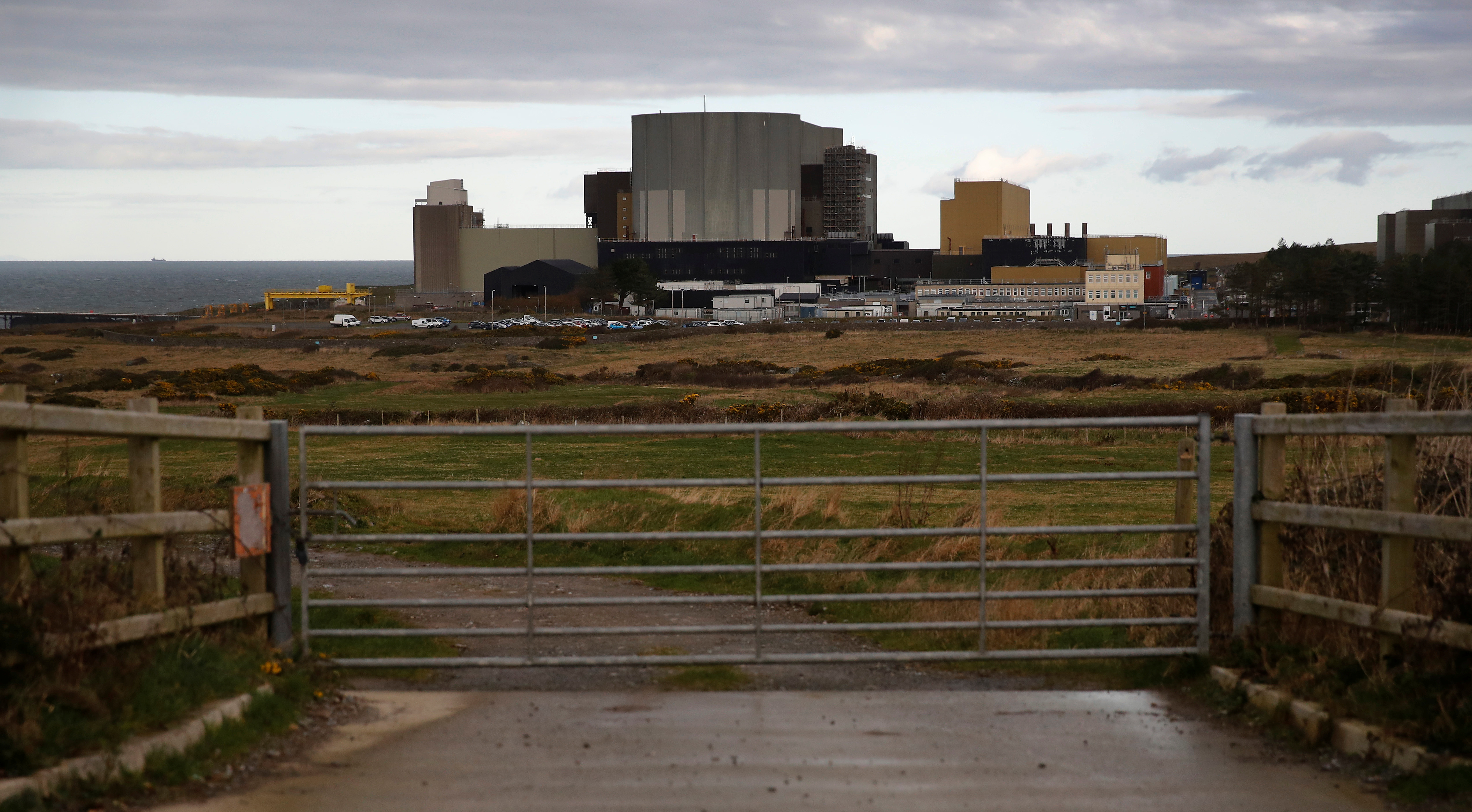 Power generation at the plant could begin as early as 2027, according to Shearwater.

Without the procurement of new build, the UK nuclear fleet will likely shrink by almost a third to 3.2 GW after the shutdown of Sizewell B in 2035 (assuming its life is not extended) and with only Hinkley Point C, currently in construction, remaining operational.

A lack of government support has prompted nuclear projects in Moorside and Wylfa Newydd to be abandoned or put on hold while companies such as RWE, Eon, Centrica, GDF Suez and Toshiba have also given up new nuclear build plans in the UK.

The Shearwater project is independent of separate plans for a proposed £20-billion nuclear power plant at Wylfa Newydd which were delayed in September after the developer Horizon Nuclear Power’s parent company Hitachi said it was pulling out following a break down in financing talks with the government.

Shearwater sees the plant as a flagship, first-of-a-kind that won’t break the bank – the company says phase 1 could be delivered for less than £8 billion - and could be built and generating power within a relatively short time frame.

Shearwater is currently exploring several options for the plant’s future development, with a new Shearwater operations company a possibility to run the plant, Parks said.

The project is aiming for a 3GWe capacity and will produce over 3 million kilograms of green hydrogen a year, to be fed into Britain’s transport sector.

Nuclear sites in the United Kingdom 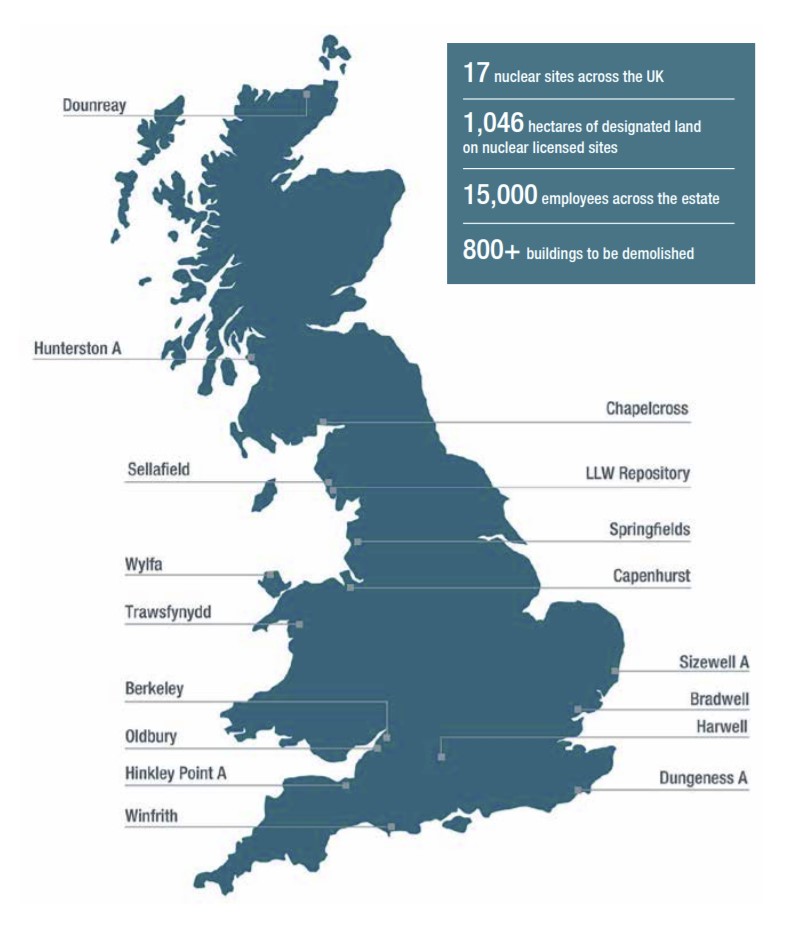 Parks is under no illusion that the project will be easy to implement but says that the growing need for new, clean power over the next decade in Britain and the smart potential solution provided by SMR-hybrids means it’s the right solution for the country.

“There will undoubtedly be a bumpy road ahead for our project by virtue of the fact that it is the first application of SMR technology in the UK. But there is tremendous enthusiasm to see it succeed and succeed quickly, so I am sure we will overcome any obstacles and establish a smoother path for future developers,” Parks says.

NuScale, meanwhile, is preparing for a rollout of its technology after the U.S. Nuclear Regulatory Commission (NRC) completed its Phase 6 review – the last and final phase – of the Design Certification Application for its SMR in August, the first ever SMR to receive NRC design approval.

“NuScale’s SMR design affords a number of benefits, financial and otherwise, that a large gigawatt sized nuclear plant cannot offer, and the flexibility of our SMR allows for better integration on the grid with intermittent renewables,” says Diane Hughes, Vice President, Marketing & Communications at NuScale.

“Our technology can complement renewable energy sources like wind and solar, and provide the reliable, load-following power to rectify any intermittency issues.”

NuScale has also signed agreements for the potential use of their SMR with entities in the United States, Canada, Romania, United Kingdom, Ukraine, the Czech Republic and Jordan and similar agreements with other entities are being negotiated, Hughes says.

Detailed studies of capital, operating and decommissioning costs for NuScale’s 12-module, 924 MWe plant design, as per the Nuclear Energy Institute paper, 'Nuclear Costs in Context', show that the total capitalized cost of a NuScale plant deployed in the United States is approximately 38% of a reference 4-loop pressurized water reactor (PWR) of 1,47 MWe net output, a reduction on nearly $4 billion.

“Accounting for differences in power output, the capitalized construction cost per kW for the NuScale plant is 62% of the 4-loop PWR,” Hughes says.

SMRs, including NuScale’s own design, are still in development but are already being cited worldwide as a potential solution to the problems that can arise with larger, multi-gigawatt power stations.

Financing a £20 billion mega-first-of-a-kind project that might take more than 10 years to build can be tough, especially due to risk of cost overruns and missed schedules often seen by FOAK nuclear plants such as Hinkley Point C.

“SMRs tick a lot of boxes,” says Giorgio Locatelli, Chair in Project Business Strategy at the School of Civil Engineering at the University of Leeds.

They are less expensive and a less risky investment than their larger counterparts, Locatelli says.

SMRs help to make this risk more manageable by working with smaller units.

“If it’s a £2 billion ($2.7 billion) plant, and it is 100% over budget, you must find two billion extra. Compare that to what happens if you go over budget on a £10 billion plant,” he says. “You can develop capabilities, which includes making mistakes and a re-work, on a much smaller project.”

Also, while a lack of local expertise and factories mean a 1.6 GW EPR turbine must be built abroad and imported to the UK, a 200 MW turbine, and its subsequent modules, can be put together in factories in Britain.

A NuScale assessment of the UK supply chain showed that more than three quarters of the content of the planned NuScale plant in Wylfa could be sourced within the United Kingdom.

Locatelli says government involvement in new nuclear build would help to keep the price down and, at first, establish a more mature industry that can then evolve more independently.

“We recommend the UK government develop short to medium term policy and regulation to support the development, licensing and construction of the first SMRs with substantial investment. A long-term policy should support market mechanisms to build and operate a fleet of standardized SMRs in the UK,” he wrote in a joint paper 'Developing UK strategy for nuclear SMRs'.