New nuclear power will be among the cheapest dispatchable, low-carbon power producing technology by 2025 while extending the life of existing nuclear plants is the most cost effective source of low carbon electricity, the latest report on generation costs shows. 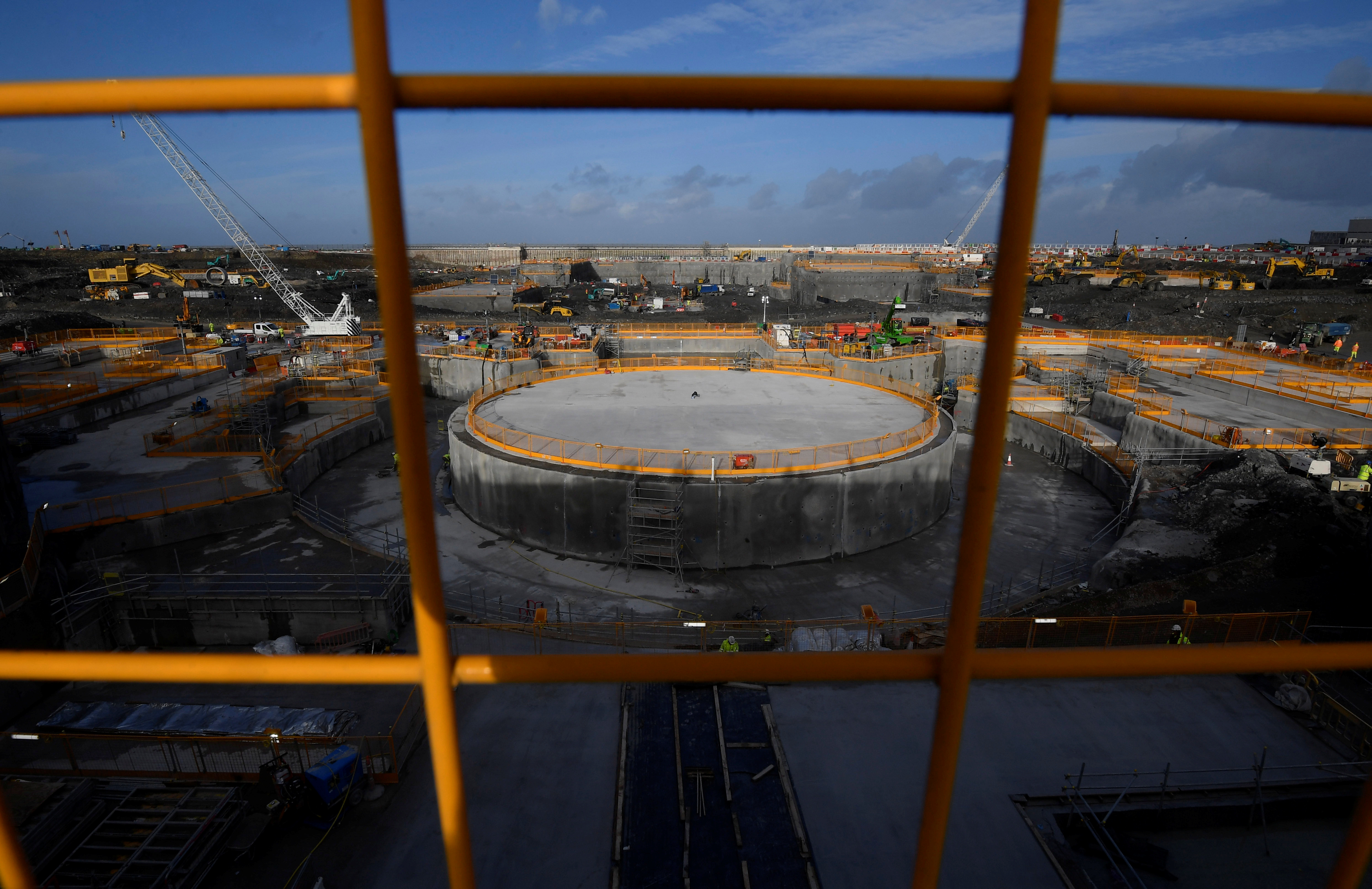 Hinkley Point C is a first-of-a-kind for the UK and is over schedule and over budget (Source: Reuters/Toby Melville)

However, experts say it is becoming increasingly important to consider system values rather than just the more narrow parameter of levelized cost of electricity (LCOE), which does not take into account differences in individual systems and markets that can greatly influence technological competitiveness.

The report notes that the LCOE of low-carbon generation technologies was falling, often below that of fossil fuel generation and that, while regional variance was high, on average overnight construction costs of new nuclear power plants had dropped, partly due to learning from first-of-a-kind (FOAK) projects.

“Nuclear thus remains the dispatchable low-carbon technology with the lowest expected costs in 2025. Only large hydro reservoirs can provide a similar contribution at comparable costs but remain highly dependent on the natural endowments of individual countries,” the report said.

“Electricity produced from nuclear long-term operation (LTO) by lifetime extension is highly
competitive and remains not only the least cost option for low-carbon generation - when compared to building new power plants - but for all power generation across the board.”

LTO, with limited project risks and with a significant pool of “shovel ready” projects, has an LCOE of $30-50MWh, the report said.

Nuclear new build is at a critical juncture with a number of new build, first-of-a-kind (FOAK) projects in construction or built after a long hiatus for new nuclear power plants, the report notes.

Many of these new plants have been late on schedule and over budget, eroding the public’s confidence in the industry and rising perceived investment risk, adding to an already oversized financing burden.

This is not the case everywhere. In countries where new nuclear build has been common in recent years, such as China and Korea, a developed supply chain alongside the accumulated experience and lessons learned from previous projects has meant schedules are met and costs are kept in check.

In a separate NEA study, “Unlocking Reductions in the Construction Costs of Nuclear: A Practical Guide for Stakeholders”, a number of elements were identified in keeping construction costs down for Gen III, SMRs and advanced reactors.

These include design maturity, effective project management with a robust implementation strategy, the predictability of regulation and stability and multi-unit and series effects where a sufficient level of design maturity has been achieved and subsequent models are carbon copies of the first.

Once these drivers and conditions are in place, the cost could be further reduced via design optimisation, technology and process innovation, revisiting regulatory activities and the harmonisation of licensing codes and standards.

If nuclear operators could take advantage of accumulated experience and the lessons learned from recent projects, near-term overnight cost reductions of between 20% and 30% compared to today’s levels could be achieved, it said. 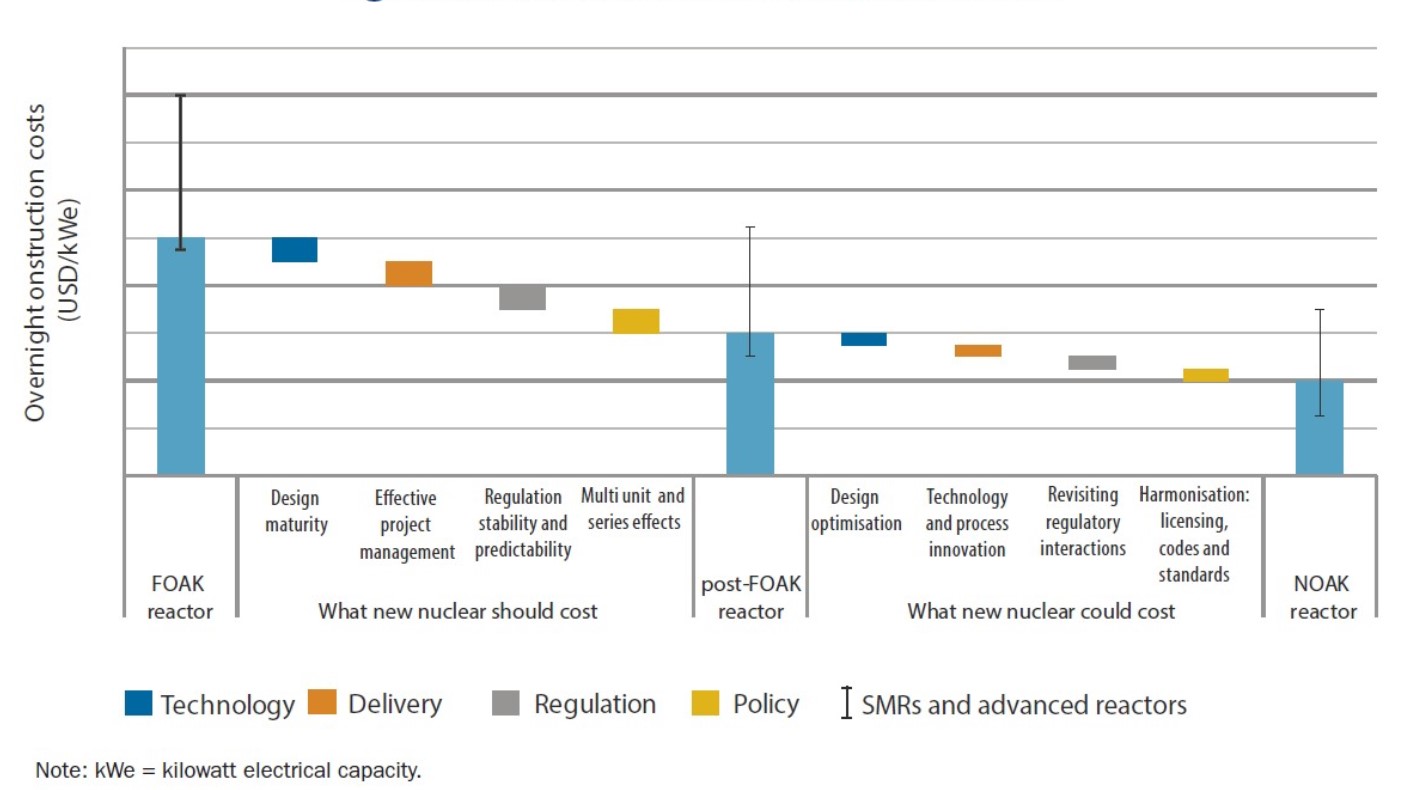 The “Projected Costs” report, in an effort to complement the LCOE metric, for the first time introduces a more system specific cost comparison, value-adjusted LCOE (VALCOE), which modifies LCOE of a particular technology in a specific electricity system according to its contribution to enabling all aspects of securely operating the system.

Whereas, in the past, LCOE did a good job of comparing dispatchable thermal technologies with similar operational characteristics and compressing all of that into a single metric, modern power systems need a new approach.

“And that means we need to broaden the analysis of LCEOs alone, we need to think of the system value to be able to then compare a wider set of technologies, ones with quite different operational characteristics.”

LCOE neglects the system contribution of different technologies, which depend on variability, dispatchability, response time, cost structure and place in the merit order, but also on system configuration and flexibility resources.

“We need to think of the system costs and the system value to be able to then compare a wider set of technologies, ones with quite different operational characteristics. Value adjusted LCOE does this by quantifying the system value of different technologies, through the energy capacity and flexibility values,” says Brent Wanner, Lead of Power Generation Modelling and Analysis for the IEA World Energy Outlook.

Sensitivity of LCOE of new build and LTO of NPPs to capacity factor (left) and discount rate (right).

As power generation increasingly becomes a system effort requiring different technologies working in tandem, the effective cost of the system could be better evaluated if operators look at their technologies as a portfolio rather than as individual stocks, says Senior Director for Policy Development at the Nuclear Energy Institute (NEI) Matt Crozat.

“I’m not just trying to pick the stock to maximize my return. I want to have a distribution of assets cover a range of possibilities and I think these technology conversations are trending in a similar direction, to pick up that notion that a blend of assets is better than a single one.”

As we move beyond Gen III nuclear plants to advanced nuclear reactors, small modular reactors and micro reactors, the calculation becomes more focused on the value each system provides.

An operator thinking about a 10 MW microreactor is not expecting that machine to do the same job as a dual EPR, and faces a very different business model for each.

“So, as I think about the multiplicity of these technologies and the broader range, it comes back to the question of value; how do I think about matching each technology for the challenges that I’m trying to address and how do they fit with the other parts of my portfolio,” says Crozat.

He also applauded the report’s recognition that nuclear power wasn't only about building new power plants, but that extending the life of the largest source of non-emitting generators in any country was a cost-effective option.

“We’ve seen that in the US with the subsequent licence renewals. It’s a very different business case to think about keeping what’s already been built than it is to decide when it is the right time to build a new nuclear plant from scratch,” he says.