NuScale’s small modular reactor design has been closely linked with its likely first customer, Utah Associated Municipal Power Systems (UAMPS), but the regulatory design approval shows the company is more than just a sum of its potential clients. 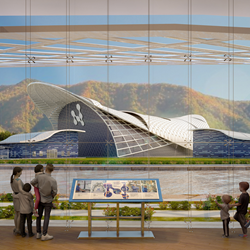 The UAMPS Carbon Free Power Project (CFPP) had enlisted NuScale to install one of its 12-module, 720 MW SMR power plants, but the announcement last month that UAMPS would delay the project by a couple of years to 2030 sparked concern that the manufacturer may lose its only customer.

The delay prompted some to fret over the same nagging worries; how could NuScale, and by extension, new nuclear build, sucessfully resolve problems of schedule slips, cost overruns, certification hurdles, technical risks and competitor technologies that are growing fast and can offer solutions today rather than in 10 years?

“Like so many of these vendors, NuScale is investing heavily in public relations to try to convince the public that this is something their tax money should support, because the only hope for the UAMPS project, or any other of these first-of-a-kind projects, is that the Department of Energy will end up financing it,” says Union of Concerned Scientists’ Director of Nuclear Power Safety Edwin Lyman.

UAMPS has noted that price increases surrounding NuScale’s plans for the CFPP, which has risen to $6.1 billion for the plants’ entire lifetime, mean that the Levelized Cost of Energy (LCOE) for customers could not compete with a natural gas combined cycle plant of the same size without an expected $1.4 billion grant from the DOE.

Price overruns have already seen at least one UAMPS member, Logan City, bail on the project, even as a competitive LCOE of $55/MWh is being floated. However, that amount can only be reached with the DOE’s contribution.

“The key number is the LCOE. Our members are concerned about the environment, but these are small town community members and not climate warriors and if we can’t bring this power in at a competitive price we just won’t build this project,” says UAMPS’ spokesperson LaVarr Webb, who insists that the project is still on track and the time delay was not a setback.

While UAMPS’ hesitancy has been jumped upon by critics as a sign of the beginning of the end for new nuclear, Webb pointed out that the delay was as much a part of the complications of negotiating with a decentralized governance structure of mayors and governors of some 35 different municipalities as it was a cost concern.

“We have city council members that are not experts on these issues and it requires a lot of education for them to be informed before making decisions. This is a first-of-a-kind project. It’s complex and representatives of the cities simply concluded that this is going to require a longer timeline to fully educate our members to understand the project,” says Webb.

The Idaho National Laboratory, which is working with NuScale and UAMPS on the CFPP, also said that part of delay was due to the careful handling of water resources across the region.

“I went to the Idaho governors’ office and spent nine hours with the governor and his local staff listening to questions from local people about the project. Eight hours of that was about water,” says INL SMR Project Manager George Griffith.

The solution has been the creation of a technique that would allow “dry cooling” via a four-story high cooling towers, Griffith says, adding that this issue too has been part of finding consensus for a first-of-a-kind technology that is designed to power hundreds of thousands of homes for the next sixty years.

Gross Electricity Generated in Each State by Nuclear Power 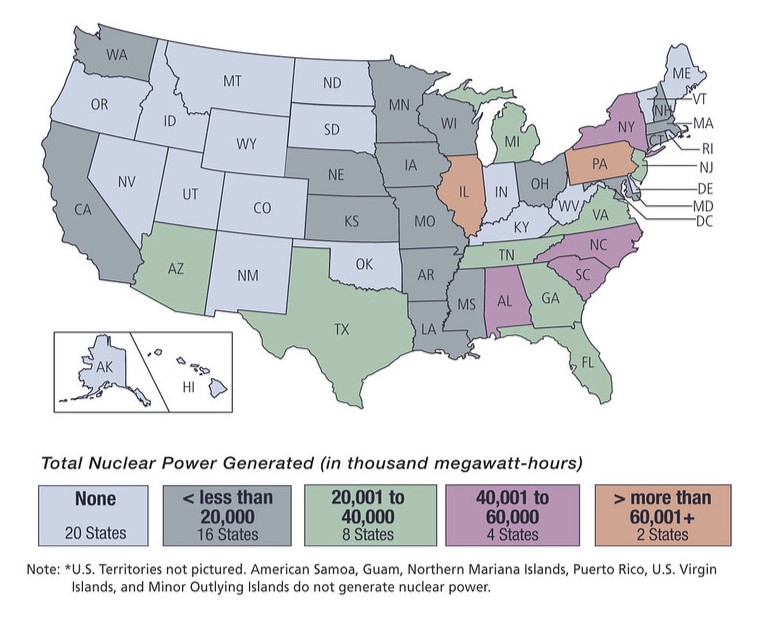 On August 28, the U.S. Nuclear Regulatory Commission (NRC) completed its Phase 6 review – the last and final phase – of the Design Certification Application for NuScale’s SMR, the first ever SMR to receive NRC design approval.

“This is a significant milestone not only for NuScale, but also for the entire U.S. nuclear sector and the other advanced nuclear technologies that will follow,” NuScale Chairman and Chief Executive Officer John Hopkins said in a statement.

In a nod to the UAMPS delay, the company said that it could still produce a reactor for the original date if another customer required.

“NuScale is focused not only on design and licensing activities, but also on supply chain readiness. We are actively engaged with our manufacturing partners and will be ready to deliver the first NuScale Power Modules to a client in 2027,” the company said in a emailed response to questions.

The announcement put the UAMPS complications in to focus. On the one hand, the NRC ruling removes some of the risk associated with the new technology, while on the other, with the design approved, NuScale’s achievement has gone far beyond its first, potential customer.

Griffith agrees that the approval would help calm nerves over the reactor.

“A certification mean the reactor has gone from ‘this is a really cool something that we’ll see in the future’, to ‘here it is, in a packaged box, I can sell it to you.’ That’s a big difference in the market,” says Griffith.

NuScale’s Design Certification Application (DCA) was completed in December 2016 and accepted by the NRC in March 2017. The company spent more than $500 million and over 2 million labor hours to develop the information needed to prepare its DCA application, it said.

NuScale said that it has signed agreements with entities in the United States, Canada, Romania, the Czech Republic, and Jordan and that similar agreements with other entities are being negotiated.

The process of approving the NuScale’s pioneering design has been significantly disruptive across the entire industry that it has become emblematic of the new age of nuclear power reactors and a lot has been riding on this first NRC approval.

“The reason NuScale has been so important for so long is that, without it, you would not have seen the modernization that we’ve seen at that NRC or the folks across the nuclear system opening up and having conversations about what advanced nuclear looks like and what do we have to do to get ready for it. I don’t think that would have happened without NuScale,” says Senior Policy Advisor, Climate and Energy Program at Third Way Jackie Kempfer.