NuScale sought exemptions to tackle hurdles in licensing process for its passive technology. 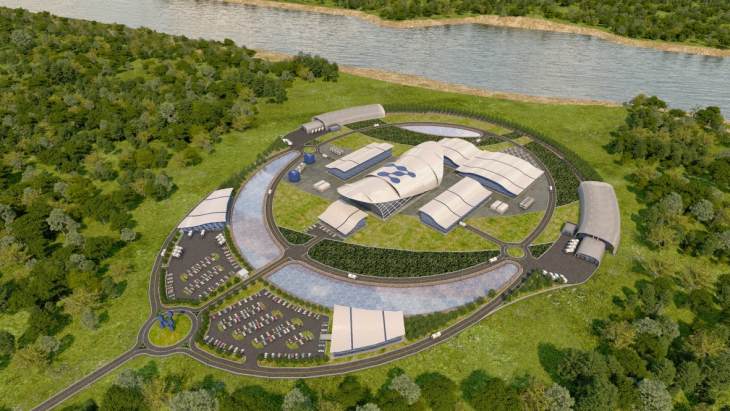 NuScale’s technology is the first SMR to complete Phases 2 and 3 of the design certification review by the NRC.
“In large part, the challenges that NuScale has faced have revolved around the NRC’s limited experience in reviewing an innovative and first-of-a-kind technology such as ours,” NuScale Chief Commercial Officer Tom Mundy told Nuclear Energy Insider.

Mundy added that NuScale’s “passive safety systems approach” involved designing a plant such that active systems were unnecessary for safety.

“While the NRC had some experience with passive safety systems from earlier designs, no design was totally passive like NuScale’s,” said Mundy.

“Our design is the first to achieve an unprecedented level of safety by relying completely on passive systems, thus eliminating the need for electric power, operator actions or additional water. These two fundamental differences of simplicity and total reliance on passive safety systems were the root of most of the regulatory hurdles NuScale faced in licensing.”

NuScale’s SMR design was developed with the NRC’s regulatory framework in mind. Where safety features were not consistent with expectations in the regulations, NuScale sought exemptions to those regulations.

“The NRC’s regulations anticipated that not all regulations would be a good fit for all designs, and they include a process to obtain an exemption,” said Mundy. “The exemptions NuScale sought resulted in a safer plant than if we had made the design conform to all the regulations as written.”

According to Mundy, the most difficult aspect of the latest review was getting the NRC comfortable with the innovation in NuScale’s design, and the fundamental different approaches to safety.

“Innovation itself is not the issue. The challenge arises from the extent innovations depart from what was contemplated in creating the regulatory framework,” said Mundy.

The NRC completed Phases 2 and 3 of their review and remains on track to complete its assessment in full by September 2020.

This puts NuScale in the lead to introducing the country’s first SMR to market with the Utah Associated Municipal Power Systems (UAMPS). As part of its Carbon Free Power Project (CFPP), the UAMPS plant will be built at the Idaho National Lab, with initial site preparation set to commence in 2021. The first module is due to come online in 2026, with the full 12-module plant scheduled to be operational by 2027.

Risk of losing out

NuScale added that the U.S. advanced reactor community risks losing out to other countries in the SMR race, claiming that state-funded programs from countries including China and Russia have a “financial advantage that NuScale does not have”.

“While NuScale has enjoyed tremendous support from the U.S. federal government in helping to bring our ground-breaking technology to market, other countries such as China are developing SMR technology through entirely state-funded programs,” said Mundy.

China National Nuclear Commission (CNNC) has recently announced construction of an AP100 SMR in Hainan province, with construction to begin at the end of this year. Construction of the 125MWe Linglong One demonstration unit is expected to take 65 months, aiming for a 31 May 2025 operational date.

“We don’t want to cede a vibrant international market to foreign vendors, especially where our national interests do not align,” said Mundy. “The good news is that we are seeing significant interest: countries on five continents have already expressed interest in our technology, and NuScale has over 485 patents granted or pending in 19 countries.”

NuScale says that the overnight capital cost for a 683 MWe net (720 MWe gross) 12-module plant deployed at a generic site in the southeastern region of the U.S. is estimated to be approximately US$2.9 billion.

This is significantly less than the cost of large new nuclear plants and based on a considerably shorter construction time. For example, the Vogtle 3&4 plant in Georgia, the only U.S. plant under construction, has seen cost estimates for the 2.2GW plant rise to US$27 billion – more than double the original estimate.

NuScale has a target levelized cost of electricity for its first project in Idaho of US$65/MWhr for the 720 MWe gross power plant.

In preparation for construction of the first plant at the Idaho National Lab (INL), NuScale has partnered with a number of companies to build out its supply chain. These include agreements with BWX Technologies (engineering work to manufacture the SMR), PaR Systems (manufacture of the Reactor Building Crane), Ultra Electronics Energy (new safety display and indication system), and Sargent & Lundy (architect engineer support and plant design).

Doosan Heavy Industries and Construction, a division of the Doosan Group, is expected to build a portion of the most critical and complex NPM sub assemblies, and will also become an investor in NuScale.