Nuclear looks to hydrogen to pay the bills

Competition from low-cost natural gas and the falling price of renewables is forcing the nuclear industry to find a paying sideline for existing and planned plants to ensure they are economically viable. 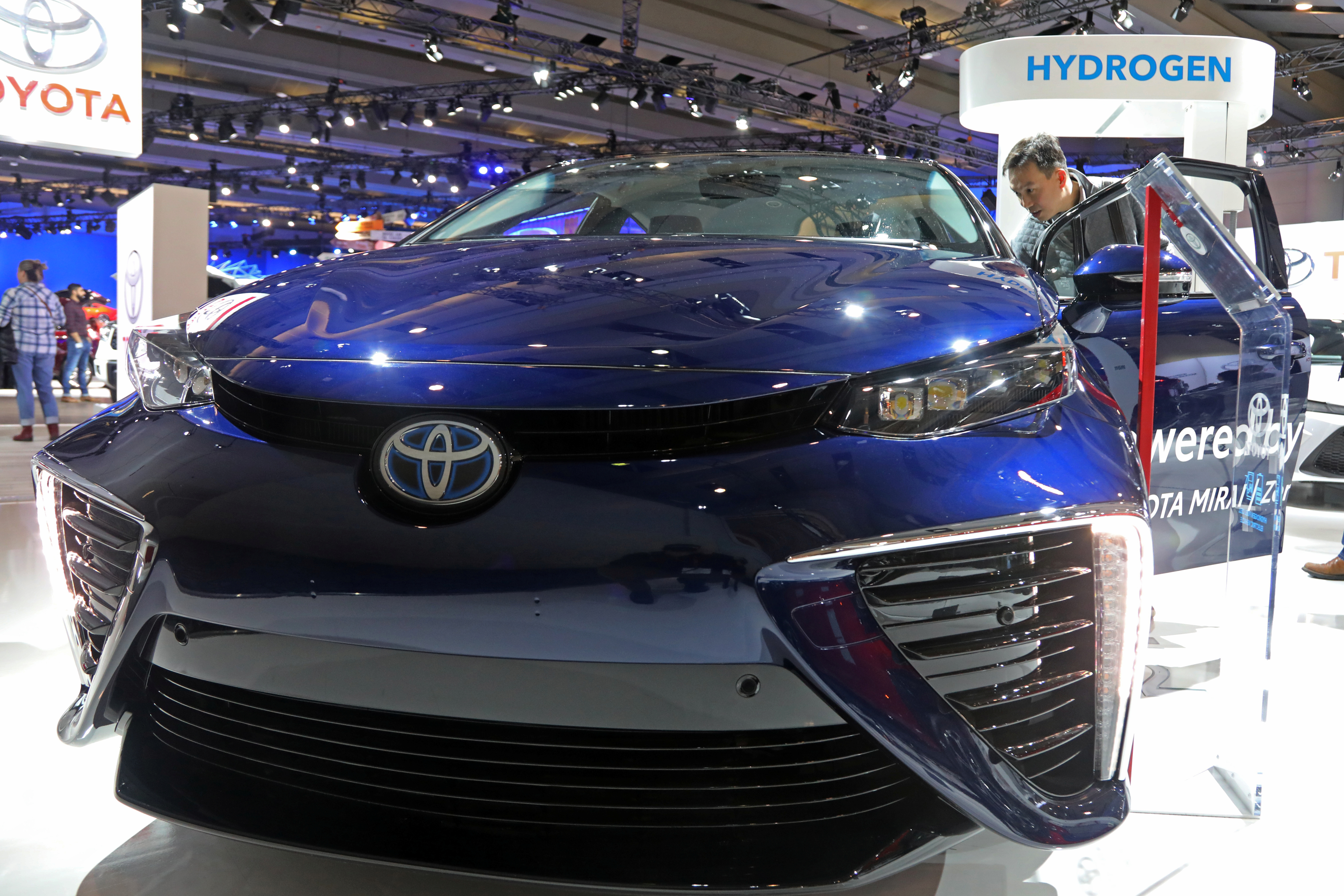 Electricity production from nuclear reactors, whether from previous generation gigawatt-sized plants or incoming small modular reactors, is more expensive than power generated from other sources and, while industry leaders highlight baseload and zero carbon emissions, it will be the reactors’ ability to diversify to other areas that will help pay the bills.

One of those options is hydrogen production.

According to the Hydrogen Council, a global initiative of energy, industrial and transport companies formed during the 2017 World Economic Forum in Davos, hydrogen could convert and store more than 500 TWh of curtailed electricity and allow for international energy distribution by linking energy abundant regions with those requiring energy imports.

If taken up by the transport industry, hydrogen could be used to power more than 400 million cars, 15-20 million trucks and 5 million buses by 2050, the Council says.

In July, the U.S. Department of Energy announced approximately $64 million in funding during the 2020 fiscal year for 18 projects that will support its H2 @Scale project to “fully realize hydrogen’s benefits across the economy.” In 2019, the DOE helped fund 29, H2 @Scale projects with a $40 million grant. 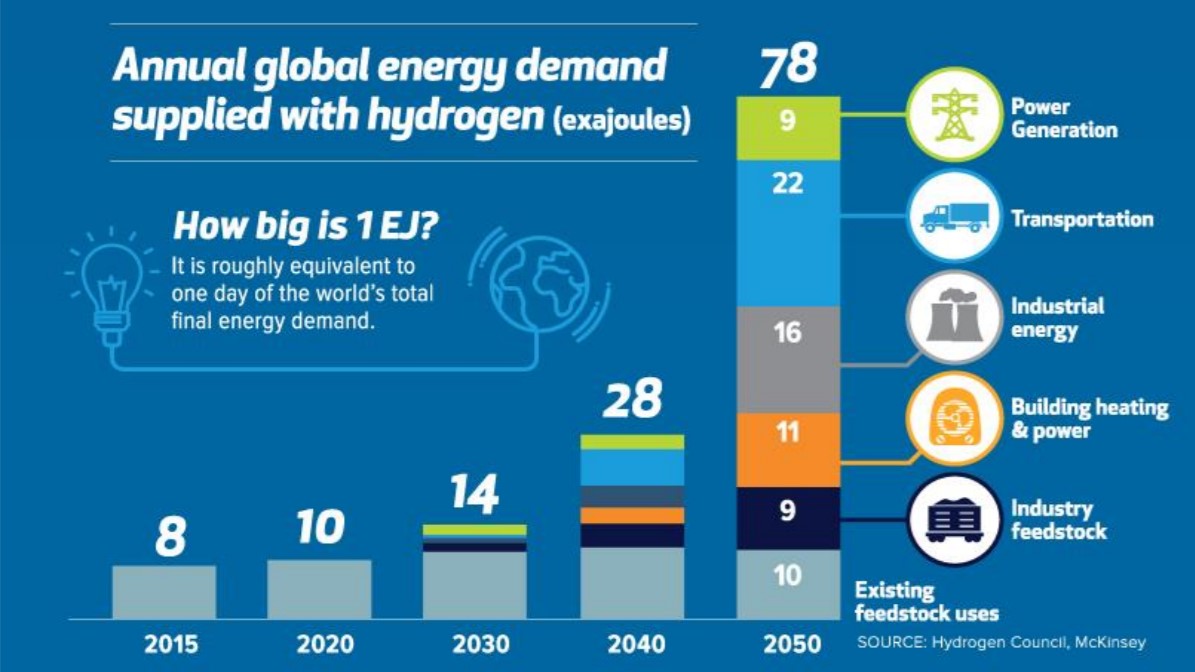 “We see this hydrogen production opportunity as a perfect marriage of decarbonizing our generation portfolio and maximizing the value for our shareholders and customers,” said General Manager of Nuclear Policy at Pinnacle West Michael Green while speaking in an American Nuclear Society (ANS) webinar in June.

Exelon, which will contribute half of the DOE's $7.2 million grant, will soon announce which of its boiling water reactor plant sites will host the electrolyzer for the project that is expected to run until 2023, the Senior Vice President, Engineering and Technical Support at Exelon Nuclear Scot Greenlee said during the ANS webinar.

Exelon operates the largest fleet of nuclear plants in the United States and has conducted various brainstorming exercises with experts from academia, the DOE and NRC to find any way to repurpose some of its 21 reactors to raise revenue.

“And when I say everything, I mean everything. The one item that generates the most revenue would be for nuclear plants to supply heating schemes to grow marijuana. We quickly took that item off the table because we didn’t want to link our nuclear plants with marijuana but we did have everything on the table at one point,” Greenlee said during the ‘U.S. Leadership in Sustaining Clean, Competitive Power and Hydrogen’ webinar.

Some 13 million metric tonnes of hydrogen is produced in the United States every year, the equivalent of around 74 GW if produced from electricity, and that could almost double by the end of the decade, Greenlee said.

Currently, some 95% of hydrogen produced in the United States is from steam methane reforming in large central plants, but the process produces large quantities of the greenhouse gas carbon dioxide which is either left to the atmosphere, creating grey hydrogen or absorbed and reused using carbon capture technology, creating blue hydrogen.

Green hydrogen is produced from electrolysis and creates no greenhouse gases.

The Idaho National Laboratory (INL) is looking at high-temperature steam electrolysis (HTSE), in which thermal energy and electricity are used to break up water molecules to produce hydrogen, explains the Lead for Integrated Energy Systems (IES) in the Nuclear Science & Technology Directorate at INL Shannon Bragg-Sitton.

The ideal temperature for high-temperature electrolysis is around 800°C, and Bragg-Sitton, while recognizing that some advanced reactors could reach that temperature, explains they are currently working with Light Water Reactors, which reach exit temperatures around 300°C.

Heat augmentation techniques raise that to the required level, she says.

“We know (LWR) technology well, so we’re looking at how we can first use LWR technologies to produce non-electric products such as hydrogen. This requires working with the nuclear utility and the regulator, completing safety analysis, and demonstrating that a hydrogen production facility can be co-located and operated on the site of a nuclear plant,” she says.

“This can be done safely, and it can be done in a way that provides an additional revenue stream to the nuclear plant and supports regional industries that use hydrogen.”

Once the team has accomplished hydrogen production with LWRs they will have a strong foundation on which to evolve to build advanced reactors integrated with non-electric applications, she adds.

PEM electrolyzers, which utilize only electricity to split water, allows them to use excess electricity prior to the connection to the grid interconnection when grid demand is low.  If successful, these system could be scaled up to larger-scale hydrogen production in the future.

“In conversations with advanced reactor developers, many of them are thinking beyond the electric sector. Depending on the specific reactor system design, capacity, outlet temperature and geographic location, developers are thinking about potential customers and alternative non-electric products that may be of interest,” she says.

While INL recently has been concentrating on repurposing of LWRs that currently produce only electricity, work is also being done to evaluate the technical and economic potential of advanced reactors in integrated systems.

Bragg-Sitton believes that advanced reactors, if designed from the very start to interconnect with a system that produces hydrogen or other non-electric products, could be designed for optimal performance at an appropriate scale for the intended application.

“Electrolysis, either high or low temperature, is very much scalable. You add stacks, you add units, they’re very modular in the way you implement them,” she says. 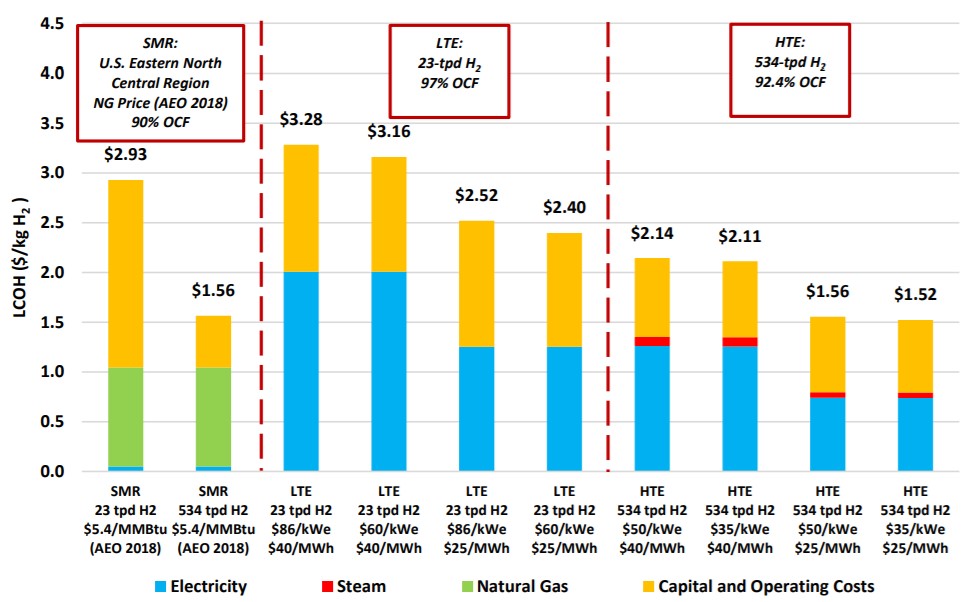 (Source: “Evaluation of Non-electric Market Options for a Light-water Reactor in the Midwest.” U.S. Department of Energy)

The cost to produce hydroen using nuclear systems depends on whether the producer is using low temperature or high temperature electrolysis, the scale of production, advanced reactors versus the current fleet, electricity price and whether the hydrogen could be used at the point of production or need to be stored and shipped.

“The bottom line is, the cost depends on several factors, and there are feasible scenarios where we can get below that (DOE target of) $2/kilo hydrogen price point. We’re getting there!” she says.