Offshore could offer a more economical solution for nuclear 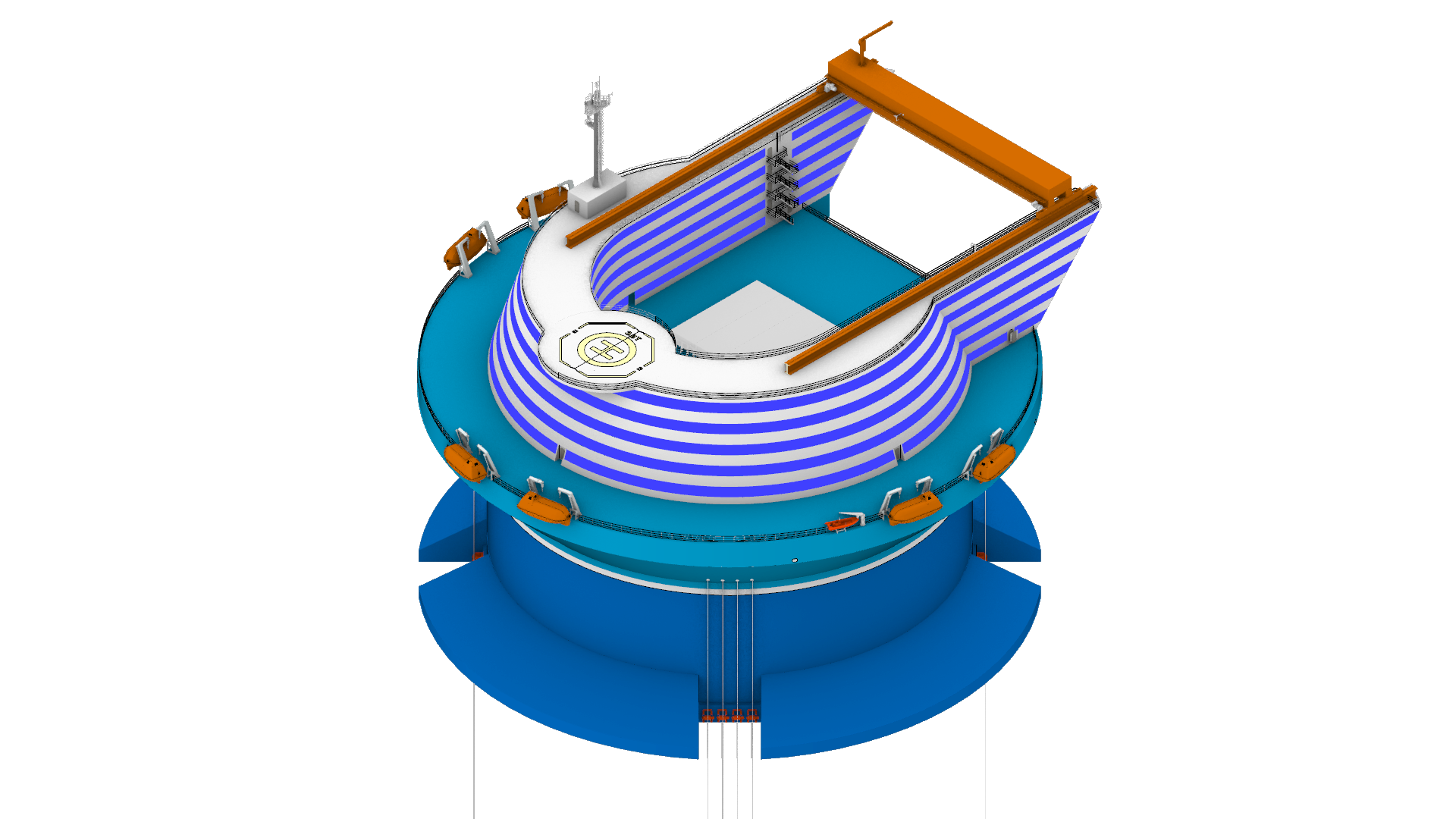 The project is working on long-established university program funding from parts of the U.S. Department of Energy (DOE) Office of Nuclear Energy while recent increased focus by the government on providing cash for clean energy projects such as nuclear and hydrogen have helped invigorate the studies, partly because of the cross-over between different energy technologies.

“We’re so excited to be part of a growing momentum for hydrogen and other carbon free fuels and that’s some of the appeal,” says Technical Program Lead at INL Andrew Foss.

“International shipping needs to shift towards carbon free fuels, or other ways to reduce emissions, and we are working with Core Power and MIT to really think how we can help design and plan strategies for clean shipping and for other uses beyond the grid.”

The study will take efforts already made in the nuclear power industry and apply it to an offshore integrated energy system which includes the many sorts of energy services that nuclear can provide, he says.

“The installation we are evaluating is not just a power reactor, but an integrated facility producing green hydrogen and green ammonia. This is possible because there is no external feedstock required besides the electricity and seawater,” says Executive Director for the Center for Energy and Environmental Policy Research at MIT John Parsons.

A large port with the capabilities of producing aircraft carriers and submarines would benefit from having a constant source of power and hydrogen and would also house the skills and technologies necessary for the construction of a floating nuclear power plant, a readiness that vastly improves the economics of nuclear power development.

The plan is to work out how such a reactor would fit into the overall dynamics of a fully operational commercial port.

“The advantage of a floating power plant is that you can manufacture it in the shipyard, take it out, bring it back in for servicing, put another in, if you need more … Then you can start to electrify certain things and produce the hydrogen in the port that you might need for the forklifts or trucks, whatever it could be used for. Then you start to electrify the rest of it,” says Core Power CEO Mikal Boe.

Floating nuclear power stations are not a new concept and have been used since the 1960s with the U.S. Army’s Sturgis barge, a ship mounted with a 10 MW plant that provided power within the Panama Canal Zone for around a decade.

After that, the concept was dropped, but within the last ten years other projects have emerged in response to heavy contamination by the international shipping industry.

Global shipping churns out almost 3% of the world’s carbon dioxide emissions and, according to the International Maritime Organization (IMO), that figure that could almost triple by 2050 under a business-as-usual scenario.

“One main reason for looking at this afresh is economics. Shipyard manufacturing may enable driving down the cost of a nuclear plant. That could change the competitive picture dramatically,” says MIT's Parsons.

“Over the years there has been great progress in a lot of non-nuclear fields of technology which can be applied in the nuclear field to make feasible and economic options which were not feasible or economic before. This is true about advances in materials, for example. Also, there have been advances in shipbuilding and offshore platform technologies that can be applied here,” says Parsons.

In 2020, Russia’s Rosatom developed a barge-mounted plant, the Akademik Lomonosov, which provides electricity and heat to a mining site on the north coast of Siberia. The plant is based on submarine propulsion technology and was built in a shipyard in St. Petersburg and towed to the site.

Danish startup Seaborg Technologies meanwhile is developing a fully transportable, off-grid molten salt reactor sited on a floating barge. The barges would generate power through two 100 MWe reactors for whichever site needs it and the company aims to develop a transportable power station to deliver electricity to developing nations in Southeast Asia.

The Core Power/MIT/INL study is focusing on a large-scale production platform generating some 300-1,000 MW though project heads note that it could be light water reactor technology, common worldwide, or some alternative solution such as that that may arise from Core Power’s separate cooperation with TerraPower on its Molten Chloride Fast Reactor Experiment (MCRE).

The challenges facing the team are at once specific to a floating nuclear power station, such as distance from shore and ability to resist storms, tsunamis, and rogue waves, and general to the nuclear industry as a whole.

“The inertia that exists among governments, regulators, and international organizations that need to look at this continues to be an issue for the industry. For decades, they have gotten used to doing everything by consensus and with surviving pockets of the anti-nuclear sentiment that grew in the 80s and 90s, it’s extremely slow.”

The public and politicians need to move on from unfounded superstitions about nuclear safety and bad memes about waste, Boe says.

“The big challenge for the regulator is there’s no generation of regulators that have done anything new. And now we’ve got all these new designs, these new machines, these new use cases, it’s a whole new world and they’re saying, we don’t know how to do that, yet. New lawyers, scientists, engineers, architects, and financiers are coming into this and helping to rethink the way good rules can apply to new technology,” he says.

Keeping the costs down, both for electricity from nuclear reactors and for the hydrogen, is also a central challenge, says Abdalla Abou-Jaoude, R&D Staff Scientist in the Advanced Reactor Technology Department at INL.

“There are two sides to this coin; one is hydrogen and whether it can be competitive, and the other is the question that has dogged nuclear energy for a while; can we build it cheap enough and can we get it done in time?” says Abou-Jaoude.

Shipyard construction of nuclear submarines and aircraft carriers shows that it can be done, he says, but whether it can be done at scale is a different matter.

“We have a proven track record of being able to build nuclear floating systems in submarines, but it remains to be proven if it can be done for civilian side of things,” he says.