The United States Department of Energy (DOE) has announced a multi-million-dollar program to develop three technologies, already common within other industries, to reign in ballooning nuclear power plant construction costs. 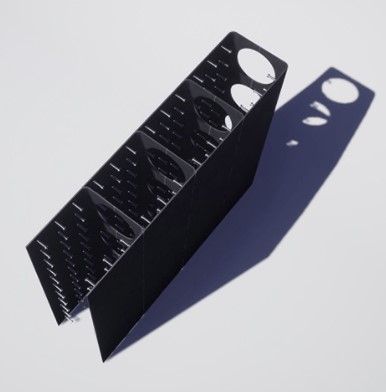 Strict regulation can mean advanced technologies that have already been adopted by aerospace, the automotive, and oil and gas industries, are often not applied in nuclear power, with developers sticking to tried and tested methods that don’t require years of development and millions of dollars to be cleared by the regulatory authorities.

However, the incoming generation of nuclear power stations, expected to be online before the end of the decade, and cost overruns of power stations currently in construction, have prompted operators and developers to consider developing advanced construction techniques to keep costs competitive.

“Recent experience building new nuclear in the United States has shown construction and project management can drive higher costs, so in focusing on a few key innovations in construction and project management, this project will reduce those cost uncertainties,” says Acting Assistant Secretary and Principal Deputy Assistant Secretary for the U.S. Office of Nuclear Energy Kathryn Huff.

The cost-shared public-private partnership, set up by the DOE through the National Reactor Innovation Center (NRIC) and led by GE Hitachi Nuclear Energy, will see initial funding of $5.8 million for the development of three construction technologies which together could reduce the cost of new nuclear builds by more than 10% and lower scheduling risks and uncertainties, the DOE says.

The technologies include vertical shaft construction, the adoption of Steel Bricks, and advanced monitoring through digital twin technology.

By concentrating on three, relatively straightforward construction technologies, Huff believes billions of dollars can be saved by the industry.

“What it really highlights is that dollars spent intentionally can have extraordinary impacts when they’re deployed field wide. When we look at a single project in nuclear, it can be so large that a tiny change, a slight advancement, can make a huge difference,” she says.

The first leg of the Advanced Construction Technology (ACT) initiative will aim to produce non-running demonstrations over the next year with costs shared between NRIC (75%) and the private sector (25%) and, contingent on appropriations and funding, researchers will move to the second phase within two or three years, says NRIC Director Ashley Finan.

Funding for Phase 2 – which will also look at manufacturing and project management – could be in the tens of millions, says Finan, adding that the project has arisen from years of studies looking at what part of building a nuclear power plant prompts cost and schedule overruns.

“What’s been identified relates more to the construction process and the balance of the plant, the steel and the concrete, rather than the details of the core technology,” Finan says.

Advanced core technologies have brought versatility, reliance and added value in the generation process, such as the production of hydrogen and heat, but developers must address the construction side of the equation and new construction techniques must be tried and proven before they can be accepted by all stakeholders.

“You can think about starting a new nuclear project, and you want to incorporate some modern advanced construction technology, but if you haven’t seen that applied in a nuclear context, that introduces significant technological and regulatory risk,” Finan says.

Many of the advanced nuclear power plant plans in the pipeline rely on installing the reactor under the ground to aid the application of passive safety systems, and vertical shaft construction leverages best practices from the tunneling industry and others to reduce the amount of excavation and need for engineered backfill after the structure is constructed, the DOE says.

A nuclear plant that may need the excavation of one million cubic yards could potentially save $50 million in project costs by using these methods, it says.

A Vertical Shaft Sinking Machine (VSM) can be used in soft and stable soils and below groundwater, has high advance rates of up to 5 meters per shift due to parallel work processes and flexible arrangement of the machine equipment enables use even under tight space constraints, German engineering company Herrenknecht says.

Herrenknecht’s VSM can produce vertical shafts of between 4.5 and 18 meters and has been used to replace almost century-old wood-stave wastewater siphons beneath the bed of Salmon Bay between the Seattle suburbs of Ballard and Interbay, ventilation shafts for the Moscow metro and to construct a sewage system in Jeddah in Saudi Arabia.

A brick in the wall

Modular construction using Steel Brick technology developed by Scottish company Modular Walling Systems could significantly reduce the amount of labor required on-site and their steel-casings can be produced rapidly in factories then shipped to the site for faster installation, says the DOE.

The U-shaped steel bricks can be welded together, either end-to-end or vertically, to create larger modules while either side of the brick can be of different materials, to provide the required corrosion resistance, Modular Walling Systems say.

For the moment, the bricks are used to build, lego-like, straight flat surfaces, but the research will help produce curved walls that are optimized for differing chemistries on the interior and exterior of the plant, says Finan.

Digital twins, meanwhile, or the virtual three-dimensional recreation of a structure, have already been applied in the nuclear world as part of the march toward the new generation of nuclear-powered generators, but the technology’s application in nuclear construction has been limited.

By embedding sensors into construction materials, 3D structural and geotechnical models, and software services that interact with the physical structure, developers can recreate a virtual representation of any building.

Also, by combing digital twins with seismic and stress-strain sensors, developers can actively monitor the structure during and after construction and throughout its lifetime to better understand the integrity of the building.

“Advanced monitoring using digital twinning … gives more information to the constructor and the operator ahead of time, so it should give them complete understanding of the structure of the nuclear power plant and monitor how that build is proceeding in the corresponding places in the structure,” says DOE’s Kathryn Huff.