Very small modular reactors (vSMRs) will need highly enriched fuel that is scarce and closely monitored while developers claims of transportability are yet to be verified, say developers and researchers. 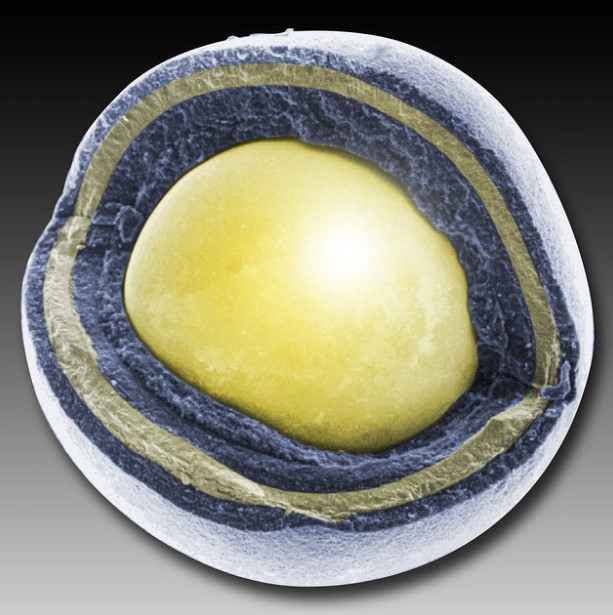 For micro and very small modular reactors to run, without refueling, for around 20 years, the uranium must be enriched to as much as 20%, compared to the around 5% used by most of the world’s reactors today.

However, high-assay, low-enriched uranium (HALEU) which contains over 5% and less than 20% uranium-235, is not commercially available and an increasing number of developers need the fuel to demonstrate their new advanced reactor designs.

The Department of Energy (DOE) has its own supply of HALEU, though is strictly for demonstration purposes only.

“The important thing to remember about the DOE supply is that it’s not intended to be part of a supply chain, so it’s very important to develop that for HALEU because many of these microreactor concepts rely on that fuel,” says Idaho’s National Laboratory’s (INL's) Technical Director of the DOE Microreactor Program John Jackson.

The DOE’s announcement this month that it has approved Centrus Energy’s request to make some 600 kilograms of HALEU by this time next year will help support the new developers, but production needs to ramp up further, according to Caroline Cochran Co-founder and COO of Oklo, which is developing the 1.5MWe Aurora power plant.

Talk of a potential bottleneck in HALEU production is “an understatement” says Cochran.

According to industy estimates, the U.S. market alone may need almost 600 metric tonnnes of HALEU by 2030 to deploy the new reactors planned over the next ten years.

“We’ve been saying since 2016, look, you can’t talk about doing all these demonstrations when there exists no fuel to do it ... The efforts at DOE to invest in ways to produce this domestically, I think, will pay off, though we’re interested in seeing large scale production set up to last into the long term,” says Cochran.

The Aurora plant will run on uranium recovered from used fuel that is down blended to produce HALEU.

In June, Oklo – which has submitted a combined license application to license, build, own and operate a plant by the mid-2020s at the Idaho National Laboratory – was awarded a $2 million cost-share award from the DOE to accelerate the commercialization of advanced fuel recycling and development.

From factory to site

Transportation of the reactors also produces its own challenges, especially since most developers wish to build a fully sealed core, with fuel, in a factory before shipping the final reactor to the site to be installed.

The plan has been met with caution amongst regulators.

“Special attention needs to be paid to factory-fueled and sealed transportable reactor modules. This is because introducing nuclear material in the factory triggers a step change in nuclear safety risk and therefore the licensing and regulatory approach need to be commensurate with any other facility that handles fissile material,” a new report from the SMR Regulator’s Forum states.

But, part of the reactors’ appeal for isolated sites is the “plug-and-play” aspect, which treats the reactor like a battery that just needs to be connected, then disposed of and replaced after its lifecycle has ended.

Developers insist that their designs are inherently safe and their transportation solutions are considerate of the dangers of moving nuclear materials.

Danish startup Seaborg Technologies recently secured seed financing of tens of million euros from a group of Danish and European investors to accelerate the deployment of its fully transportable, off-grid molten salt reactors, which are to be sited on a floating barge and targeted at developing nations in Southeast Asia.

Somewhere between SMRs and microreactors, Seaborg’s first nuclear power barges will have two 100 MWe (or 250 MWth) reactors and can be floated to whichever site needs them. Each reactor has a lifetime of 12 years and does not need to be refueled. After 12 years, two new reactors will be installed on-site, bringing the total lifetime of the barge to 24 years.

The nuclear fuel is mixed into fluoride salts which also acts as a coolant, and if the fuel salt were to come in contact with the atmosphere, or the ocean, it would cool down into a solid rock with the radioactive materials inside, the company says.

“Scalability and mobile. These are heavily tied into the maritime approach,” Schönfeldt says.

“We use components from north Europe, then we assemble them in a plant here in Denmark. A reactor is placed in a container, which is then shipped to South Korea to be installed on the barges.”

According to Schönfeldt, who runs a growing team of 60 people, a single South Korean shipyard can build 200 barges a year, on each of which he imagines between two to eight reactors, which he says can be constructed at the same pace as an average car once production has been sufficiently ramped up.

The reactors’ mobility means the company can avoid one of the pitfalls that often hit investors when working in developing countries, corruption.

“When the reactor is on a barge, you don’t want to move it. It cuts revenue and it takes time. But you can, and that means, if the brown envelopes start appearing, you can just leave and take the asset with you. This flips the leverage, and could be an enabler for capital rich, developed countries to invest into capital poor, developing countries which severely need more energy,” says Schönfeldt.

Radiant Industries, run by former SpaceX staff, is working on their own portable microreactor that would be suitable for the U.S. Department of Defense’s (DoD’s) Pele program, says Radiant CEO Doug Bernauer, who is currently focused on adding to his full-time staff of nine after winning DoD and DOE awards earlier this year.

Project Pele is a prototype demonstration of a mobile nuclear reactor which will generate 1-5 MW of electrical power for over three years using HALEU as a fuel and will be full transportable by rail, truck, or ship.

The company is concentrating on developing a reactor that acts as a resilient power backup, making it one of the DoD’s potential customers.

“Portable microreactors, something that can’t go down, make the most economic sense if they’re operating critical infrastructure. So, military communications networks, data centers from Apple, Facebook or Netflix, hospitals and those must-operate situations that use diesel generators right now,” Bernauer says.

“We think our product, in which you can package four to six years of power, or the equivalent of 1.8 million gallons of diesel, gives you huge resilience against a lengthy energy outage."