Politics and tech align over SMRs in Canada

Canada, with hundreds of small, isolated communities and hard-to-reach quarries, mines, and oil sand operations scattered across thousands of kilometers, is perfect to develop an industry of small modular reactors (SMRs), say politicians and company heads. 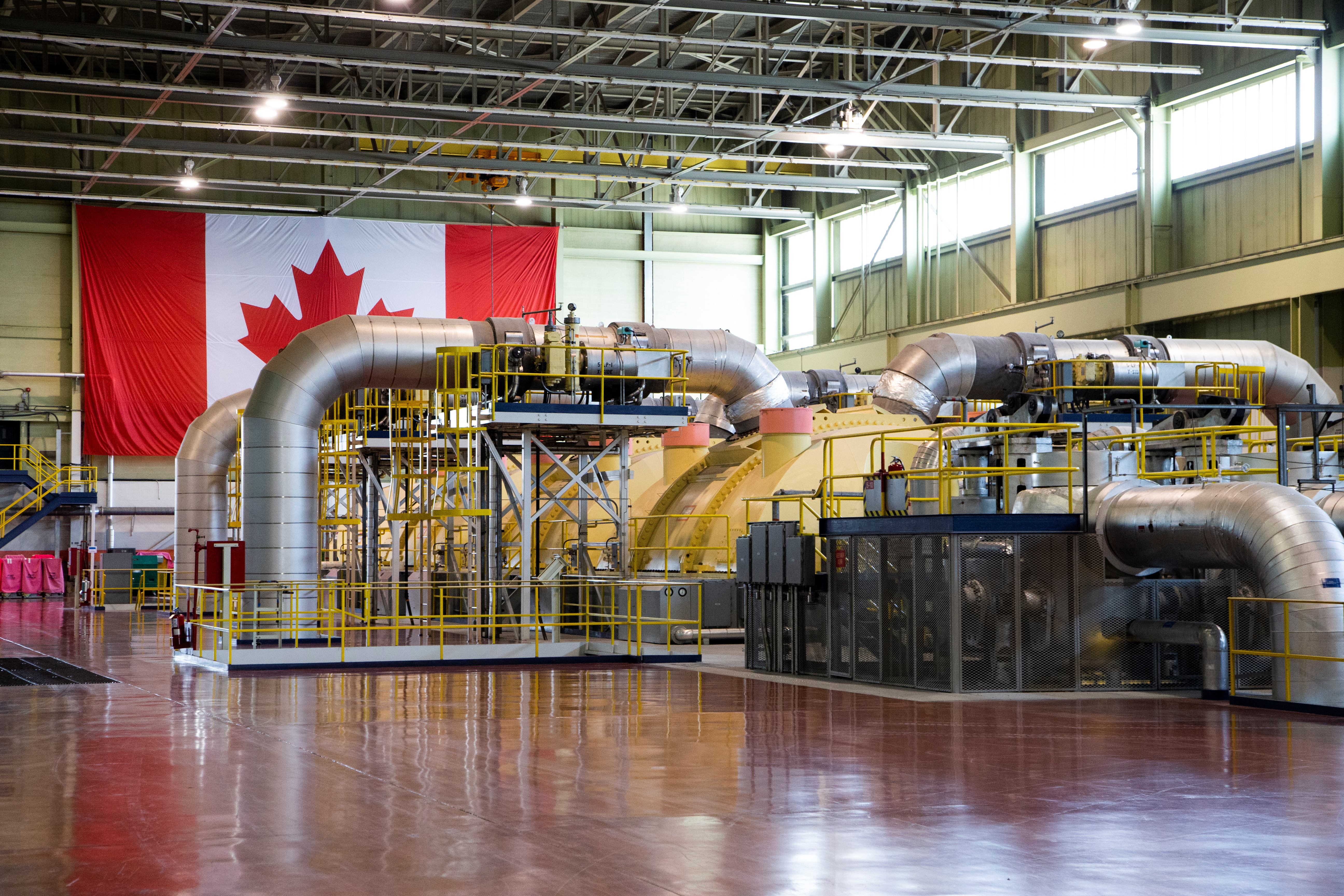 Some 15% of all generated electricity comes from 19 nuclear reactors in Canada and, while few new plants have been built in recent years, local legislators and industry leaders are taking concrete steps to put the country at the forefront of a SMR and advanced reactor revolution.

“There’s no credible path to net-zero without nuclear energy,” the Minister of Natural Resourses Seamus O’Regan said in September during the International Atomic Energy Association (IAEA) General Conference adding that Canadians are investing some $26 billion to extend the life of its existing nuclear energy fleet.

O’Regan has been pushing hard for greater commitment to SMRs throughout Canada and said the government is working on its own SMR action plan which will be published in November.

The political will to invest in upcoming technology began in earnest with the Canadian SMR Roadmap in 2018. The project gathered feedback from over 180 individuals representing 55 organizations across 10 sectors and subsectors on the potential development and deployment of SMRs in Canada.

Bains’ comments came after the Canadian government announced a CAN$20 million ($15.2 million) public investment in Terrestrial Energy in mid-October.

The cash will help the firm complete a key pre-licensing milestone through the Canadian Nuclear Safety Commission (CNSC) to assess the acceptability of the Generation IV technology that Terrestrial is developing as part of its CAN$68.9-million Integral Molten Salt Reactor (IMSR) project. 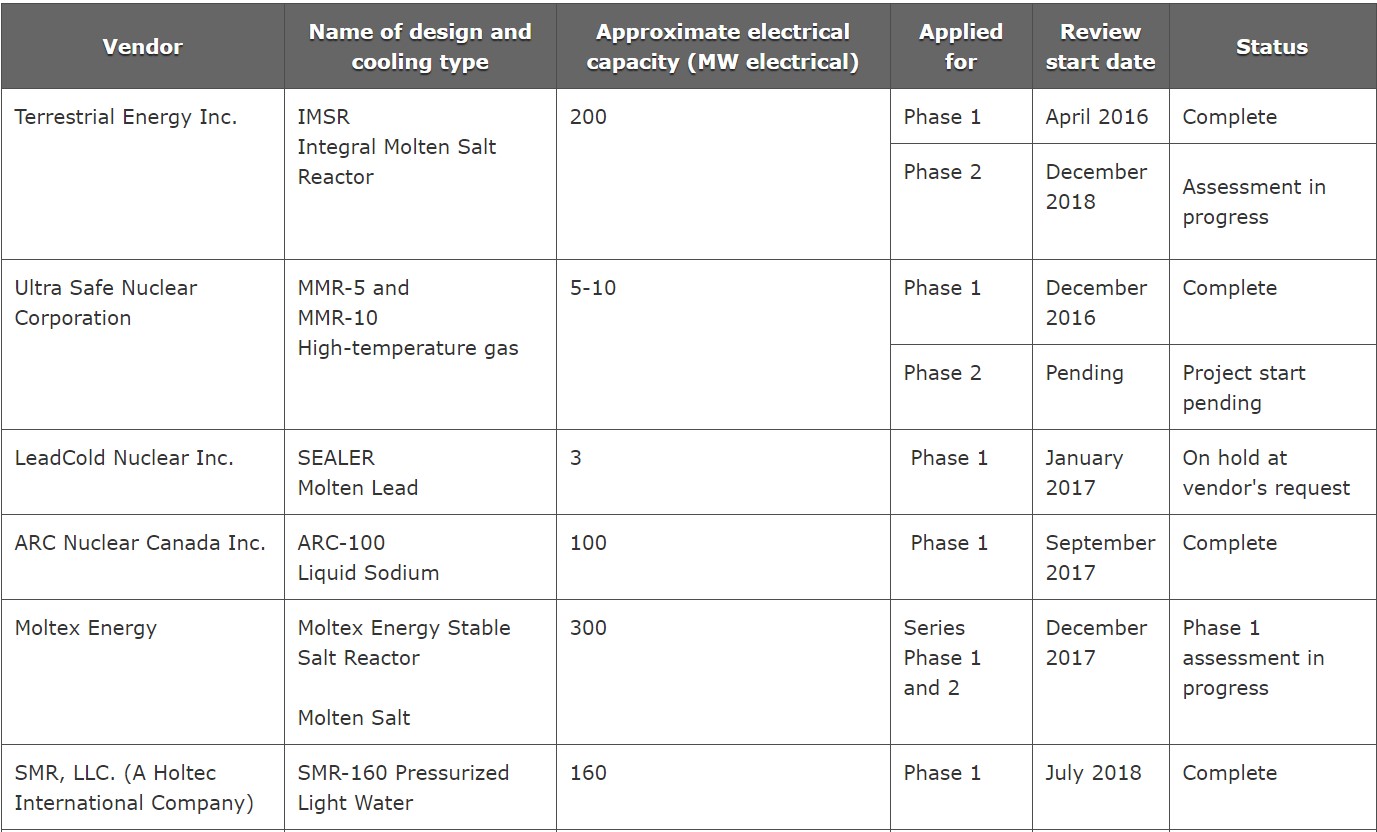 *Phase 1 objectives will be addressed within the Phase 2 scope of work.

In October, Ontario Power Generation (OPG), a state-owned utility responsible for around half of all power generated in Ontario and operator of ten nuclear reactors, announced a SMR development program aimed at grid-scale reactors.

OPG is advancing engineering and design work with three grid-scale SMR developers: GE Hitachi Nuclear Energy, Terrestrial Energy and X-Energy, the company said in a statement, just months after it became the first utility in North America to take an ownership stake in an SMR project.

The two projects are focusing on different aspects of the growing market for nuclear reactors that, unlike the traditional gigawatt-sized Canada deuterium uranium (Candu) generators currently running in Canada, generate less than 300 MWe.

“OPG has been closely monitoring technical developments in the nuclear industry for many years. Through an initial review of existing and emerging developers in 2019, it became clear that some were well suited to be potential partners for a future opportunity with OPG.”

The company has been closely involved in industry activities focused on supporting and developing SMR opportunities as member of the SMR Technical Forum (facilitated by the Candu Owners Group) and as a founding member of the Canadian CEO Forum.

OPG has also been helping to inform provincial activities in the SMR area since Ontario, New Brunswick and Saskatchewan signed a Memorandum of Understanding (MOU) in December that aims to put a framework in place for the deployment of SMRs in their respective jurisdictions.

“There’s a lot of momentum right now on SMRs. It’s an exciting area for collaboration between federal and provincial governments which can see that SMRs are a really good way to electrify the system,” Eric McGoey, Director of Remote Generation Development for OPG, said during the Gowling WLG webinar ‘What's going on with SMRs in Canada?’

Catalyst for a new industry

Companies such as X-Energy, which is developing the Xe-100, a Generation IV high-temperature gas-cooled nuclear reactor, and the TRISO-X fuel to power it, is looking at deploying a fleet of the reactors across Canada after it builds its first Xe-100 plant in 2028 in Ontario.

“We see Canada as an ideal environment for development and deployment of the Xe-100 in the early entry to market. With the Canadian X-energy working relationships we are forming with utilities, government, communities, suppliers and even other SMR vendors, we believe the Xe-100 can serve as a catalyst for growth of the Canadian SMR industry,” says X-Energy’s Canada Country Manager Katherine Moshonas Cole.

“At the moment, there is an unprecedented convergence, an alignment of our political leadership, There’s an environmental imperative and there’s a leading, capable and well exercised nuclear industry. We also have a leading regulator which makes Canada an exciting place to be developing an SMR industry that can then reach out globally.”

Meanwhile, the current extensive work to extend the life of Canada’s gigawatt-sized previous generation of reactors, is helping to feed the nuclear supply chain ensuring that, when advanced and small modular reactors begin commercial use in the next few years, the country will be uniquely placed to step in to the next generation of nuclear power.