Canada’s Bruce Power is planning to produce carbon-free hydrogen via nuclear power, so-called ‘pink’ hydrogen, in one of the first projects of its kind. 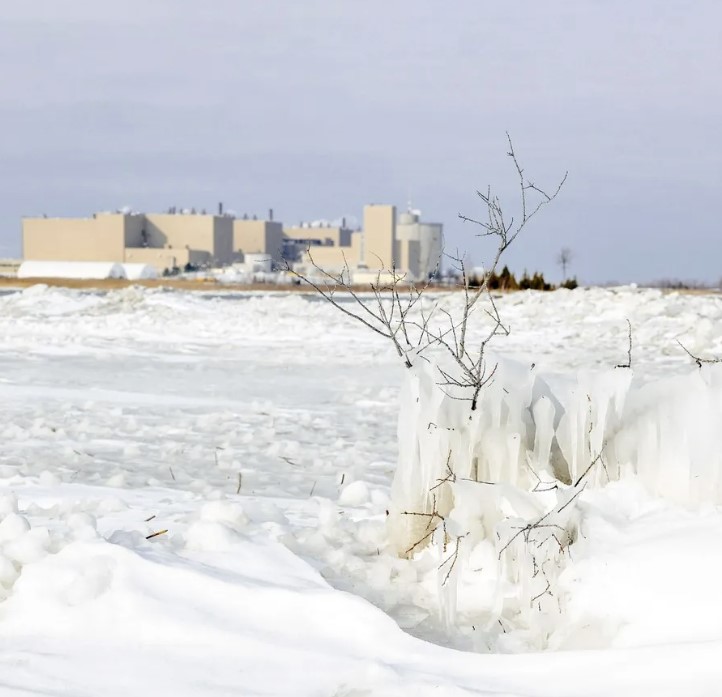 The operator runs the second largest nuclear power station in the world, an eight-reactor plant which, when in full operation, has a capacity of 6,400 MW and supplies almost a third of the province of Ontario’s electricity.

The plant is in the midst of a 13-year, multi-billion-dollar refurbishment and Major Component Replacement project (MCR) which aims to gradually exchange older systems in the company’s eight reactors, will secure the site’s operation until 2064 and, potentially, raise the plant’s capacity to over 7,000 MW in the 2030s.

Amid the drive to reduce emissions, Bruce Power have begun to look at how the plant can extend its role in the energy transition.

“The challenge to get to net zero is so immense and to say we need every tool in the toolbox is the understatement of the day,” says Executive Vice President, Operational Services & Chief Development Officer at Bruce Power James Scongack.

“Given the long-term horizon we have as a company, 2064 and beyond, and given the focus on the energy transition, we’re looking at our assets and saying, well, we have the refurbishment first, but, further along, where are the other technologies that could compliment nuclear power and our site in particular?”

Hydrogen demand by sector in the Announced Pledges and Net zero emissions scenarios, 2020-2050

The company is looking at proposals within the Clean Energy Frontier region of Bruce, Grey, and Huron countries including medical isotopes, storage (pumped and battery), zero emission vehicle infrastructure, how to work best alongside renewables such as hydro, solar and wind, and hydrogen.

In particular, TC Energy is proposing a large pump hydro project in the region which could serve as a key element in Ontario’s long-term decarbonization agenda, alongside Bruce Power nuclear, Scongack says.

Bruce Power is in the process of quantifying the available energy after electricity provision, especially as it increases capacity, but in the end, the market will decide the technology, he says.

“The advantages would be no real capital cost apart from the electrolyser, and then depending on run times, you could go base-load. In Bruce Power's case, the idea is around curtailed generation, so not 24/7, but could adapt to run for longer periods of time. We do expect nuclear-based hydrogen to play a growing role in the low-carbon economy, but it's still early days,” says Sultoon.

The global market for low-carbon hydrogen will require a bare minimum of $600 billion of investment and policy support by 2050, according to the latest hydrogen strategic planning report by Wood Mackenzie.

The Canadian government’s recent move to exclude nuclear power from its first Green Bond Framework, has left many in the national nuclear industry concerned that Prime Minister Justin Trudeau is not ready to commit to nuclear power in the same way as Ontario.

However, while the decision to exclude nuclear power was ‘disappointing’, Canada’s government is still backing the technology, according to Director of New Nuclear and Net Zero Partnerships at the Nuclear Innovation Institute (NII) Chad Richards, citing a CAN$27 million investment in next-generation small modular reactor technology at Westinghouse.

“The most recent federal budget dedicated funds specifically for nuclear. The recognition that nuclear is part of the equation is there. What’s needed is more consistency and policy certainty,” says Richards.

“Nuclear’s clean credentials need to be recognized and we must move past pitting one energy generation technology against another. We need more clean electricity to enable a green hydrogen economy. Nuclear provides that.”

The clean hydrogen economy is still in its very early stages and while a great deal of buzz has grown up around the gas and its potential in a net-zero environment, the industry will need to perform orders-of-magnitude changes for it to become a viable source of energy.

One of the first of these challenges will be convincing nuclear nay-sayers that any hydrogen economy will need uninterrupted electricity to compliment intermittent renewables such as wind and solar if the world’s energy system really wishes to wean off fossil fuels.

Canada envisions hydrogen from non-carbon-emitting sources delivering up to 30% of end-use energy by 2050, according to the “Hydrogen Strategy for Canada”, a strategy the government says is a call to action.

For such a vision to be possible, Canada must be producing around 64,000 tons of hydrogen a day which, if derived from electricity via electrolysis, would need another 1,054 TWh/year of power on top of the around 400 TWh/year currently being fed to the grid, according to a Transition Accelerator white paper out of the University of Calgary.

The increase to meet the hydrogen quota, not including the expected rise in direct-use electricity, could be met by about 120 GW of production capacity running 24 hours a day, seven days a week or, according to the report, by 30 large, Bruce Power nuclear power stations, or 66,000 large (4.8 MW) wind turbines, or 195 large hydro reservoirs the size of British Colombia’s ‘Site C’ (1,100 MW each).

Increased demand for direct-use electricity, meanwhile, is expected to require a further 700 TWh/year in the same time frame meaning, to cover increased demand and feed a hydrogen economy, Canada will need to increase its electricity capacity by a total of around five times, according to “Towards Net-Zero Energy Systems in Canada; A Key Role for Hydrogen.”

While the free market will decide the technologies, co-author of the paper and Energy Systems Architect for the Transition Accelerator, which he helped found, David B. Layzell says he would like to remain “as color blind as much as possible.”

“We should be thinking about variations in supply and demand, how wars can interrupt fuel supply, how to back up the energy needs for our transportation, heating or electricity systems, and how to cope with severe weather events … Those should be baked into our thinking about the new, more sustainable energy systems we must design and build over the next 25-30 years,” says Layzell.

“These are major structural decisions that we need to make very soon, and I think that nuclear is at least a part of that.”