Comment: With livestock now ranked with coal as the two most precarious commodities by Goldman Sachs, Elliot Teperman of FAIRR says ESG investors are pushing for sweeping changes to the industrialised model of animal production to avoid future pandemics

It’s difficult to understate the impact Covid-19 has had on the meat industry. At the time of writing, in the US alone, over 24,000 workers across 271 plants have already contracted coronavirus, with supply chain failures predicted to cost over $13bn to the cattle industry, according to the Food & Environment Reporting Network. Four of the biggest meat firms (JBS, Smithfield, Tyson and Sanderson Farms) operating in the US have lost 25% of their value since the start of the crisis. And, in what could be the knockout blow, Goldman Sachs views livestock, alongside oil, as the two most precarious commodities for investors next year.

It has become crystal-clear that the industry’s labyrinth supply chain, full of cross-border trade, is plagued by key bottlenecks that make it fragile to external shocks. With access to the market reduced or even removed entirely, we are witnessing the mass culling of livestock by producers who cannot afford to maintain them. At a JBS slaughterhouse in Minnesota 13,000 pigs a day are being culled, according to the New York Times. Meanwhile, Dairy Farmers of America estimates that farmers are dumping as many as 3.7 million gallons of milk each day.

Simply put, the industrialised model of animal production has been optimised to prioritise both cost and production efficiency at the expense of multiple other factors, including worker safety, biosecurity and, ultimately, resilience. Without sweeping changes to this production model, cows will become the new coal, as animal protein companies become stranded assets to investors.

Three in four of all emerging human infectious diseases are zoonotic

The gravest concern is that it seems only a matter of time before the next zoonotic pandemic. In recent decades, a long string of deadly zoonotic diseases has emerged including SARS (2002), H1N1 swine flu (2009), Mers (2012), Ebola (2014), Zika (2015) and dengue fever (2016). Three in four of all emerging human infectious diseases are zoonotic, and there are multiple methods by which pathogens carried by animals can spill over to humans within animal agriculture. These include inadequate worker protection, manure mismanagement, wastewater, live transport and even through eating animal products, as was the case with “mad-cow” disease.

Meanwhile, research shows that plant-based meat dollar sales grew 265% during the Covid-19 crisis. As animal protein supply chains have crumbled, many large food manufacturers are now actively seeking plant-based replacements given that they come with greater scalability, resilience to external shocks, and production and market efficiencies.

In the past, the relatively high price of alternative proteins has been cited as a barrier to consumer uptake, but the current pandemic has meant companies like Beyond Meat are preparing to compete directly with beef on price points for the first time, according to the Financial Times. In short, there’s growing awareness that companies that include plant-based options will be better-positioned to compete and innovate in a resource-constrained world that will be radically altered by the current pandemic. 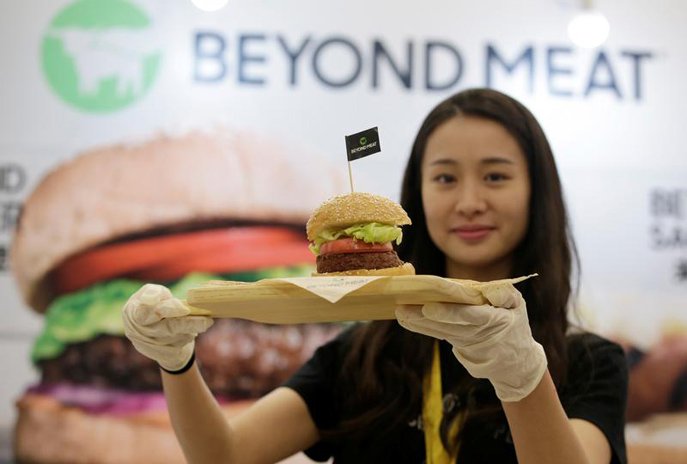 With the livestock industry on a path to self-destruction, the $21tn investor network FAIRR has released a new report assessing 60 of the world’s largest meat, dairy and fish companies on their ability to prevent the emergence of new zoonotic diseases. The companies were assessed across six ESG risk factors that can contribute to pandemics, including antibiotics stewardship, managing deforestation and biodiversity loss, working conditions, animal welfare, waste and pollution, and food safety as well as one opportunity: investment in alternative proteins.

The results paint a troubling picture for the animal protein sector. Forty-four (out of 60) companies, valued at $224bn, are deemed high risk in the Pandemic Ranking while the remaining 16 are rated as medium risk. Most significantly, none of the companies analysed was found to be low- risk.

Meanwhile, the rampant overuse of antibiotics is spurring on the rise of antimicrobial resistance (AMR) bacteria, which increases the risk of untreatable diseases, or “superbugs”. Antibiotic resistance is responsible for 700,000 deaths per year. And it’s getting worse, global antibiotic consumption is predicted to grow 67% by 2030, fuelled by the growth in intensive livestock farming. Last week, the World Health Organization warned that the increased use of antibiotics to combat secondary bacterial infections in Covid-19 patients was strengthening bacterial resistance. Studies have shown that rates of resistance to the class of drug including Azithromycin, used to treat Coronavirus, could be up to 50% in some parts of the US, creating challenges in the treatment of Covid-19 patients. 2020 marks the Investor Year of Action on AMR, and investors are encouraged to join the initiative led by FAIRR, the Access to Medicine Foundation, the Principles for Responsible Investment, and the UK government to galvanise investor efforts to address global antimicrobial resistance. (See Climate action is critical, but ESG investors must also keep up the fight against antibiotic resistance)

To stop the outbreak of zoonotic pandemics becoming the new normal, regulatory conversations are already taking place around the world focusing on several core themes, including breaking up industry consolidation, implementing moratoriums on factory farms, banning live export, limiting antibiotic use, and overhauling biosecurity containment and surveillance practices. For the animal agriculture industry, such measures will be costly at best, and fundamentally incompatible with their business models at worst.

FAIRR’s Pandemic Ranking, as well as the Coller FAIRR Index, the world’s first sustainability index for the animal protein industry, equip investors with the tools they need to make prudent decisions to protect their portfolios and work towards a more sustainable and healthy food system.

Investors can take action on the pertinent issue of worker safety by signing on to an Investor Statement co-ordinated by the ICCR, which proposes companies introduce paid leave for all employees, enhanced health and safety protections, retention of workers, maintenance of supplier and customer relationships and financial prudence.

Pre-pandemic, consumers and investors alike were already turning away from the sector in record numbers due to its unsustainable climate, land and water footprint. The current crisis has served to reveal the full extent of the meat industry’s lack of resilience. It’s time for investors to mobilise and use their position to demand transformational change from an industry on its last legs. 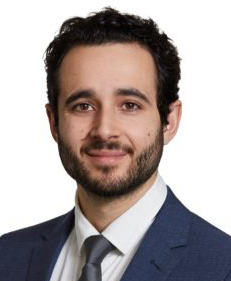 Elliot Teperman is an analyst at FAIRR. The report ‘An Industry Infected’ can be read here.

ESG Watch: IPCC’s ‘code red for humanity’ lays ou...
ESG Watch: Net-zero ‘alliance of alliances’ points ...
Mining firms ‘failing to get to grips with worsening ...
‘As we return to work, it’s time to get real about ...
comments powered by Disqus