Why are consumers failing to plug in to the circular economy?

With only a fifth of e-waste recycled globally, new business models are needed to keep products or the materials they contain in use for longer. Catherine Early reports

The fastest-growing waste stream in the world shows no sign of slowing down. Some 50 million tonnes of electrical and electronic waste (e-waste) is generated worldwide each year, a figure expected to more than double by 2050 to 120m tonnes, according to a 2019 report for the World Economic Forum (WEF).

Half of all e-waste is made up of personal devices, such as computers, screens, smartphones, tablets and TVs, with the remainder larger household appliances, as well as heating and cooling equipment.

Globally, around 20% of e-waste is recycled. Even in the EU, the top region for recycling, this rises to only 35%. Little data exists for what happens to the rest, and while some is inevitably stored in drawers and cupboards, or passed on to friends and family, much of it ends up in landfill or is incinerated. Illegal or unregulated e-waste can end up being pulled apart manually by poor workers in developing countries, who are then exposed to health problems from toxic materials.

But there is a huge opportunity to reclaim the value of precious metals present in e-waste, the WEF report states. Metals like gold, copper and nickel in products such as mobile phones, laptops and TVs are worth around $62.5bn, three times more than the annual output of the world’s silver mines. There is 100 times more gold in a tonne of mobile phones than in a tonne of gold ore, the report notes.

The WEF report calls for a more circular economy approach to e-waste, where products or the materials they contain are kept in use for longer. Persuading and incentivising businesses and consumers to return products to manufacturers, recycling and reuse businesses is key to achieving this. 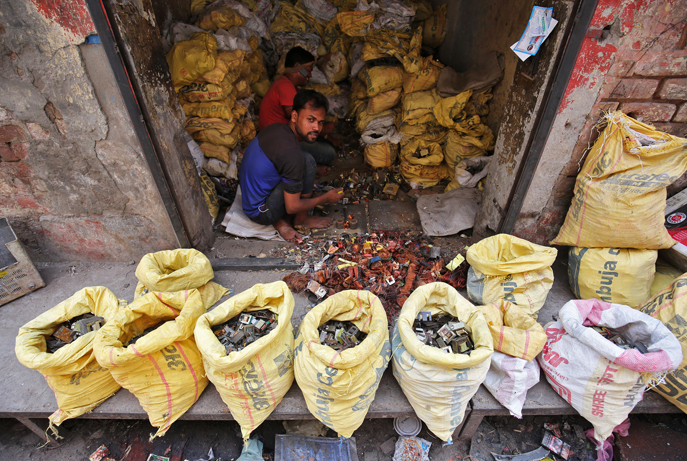 Apple, Google, Samsung and many other brands have set ambitious targets for recycling and for the use of recycled and renewable materials.

Meanwhile, several business models have evolved to enable better collection of e-waste, including buy-back or return systems for old equipment; advanced recycling to recapture components for use in new products; and designing products that last longer and can be repaired. Selling access to a product rather than the actual product – electronics as a service – is another potential way of keeping electronics in use for longer. Lighting companies Signify and Regency sell “lighting as a service”, under which they fund and install energy-efficient lighting for businesses, which pays them back via the resulting bill savings.

Examples of such models are growing and becoming more sophisticated, says Joe Iles, circular design programme lead for the Ellen MacArthur Foundation. Giving people a good experience when buying secondhand or refurbished products is crucial to compete with buying new products, he believes.

When you get these global shocks, it does make people question the resilience of supply chains

“Getting people to buy used products has been until recently very inferior, almost like a cottage industry. But now there are many companies that are trying to recreate the delightful experience of buying new for secondhand goods,” he says.

One such company is UK-based refurbished goods retailer Backmarket, whose strapline is “new is old”. It provides buyers with the same types of warranties, information and confidence that they receive when buying new.

German company Grover rents electrical equipment such as TVs, phones and laptops to consumers for a monthly charge. At the end of the rental period, they can choose to continue the lease, buy the product or send it back for free.

Iles believes that Covid-19 could boost the concept of the circular economy for electrical products, as consumers reconsider what they really need to own, while companies producing or relying on electrical products investigate ways to avoid disrupted supply chains. “When you get these global shocks, it does make people question the resilience of supply chains, and makes us think about systems, which is fundamentally what the circular economy is about,” Iles says.

UK in push to persuade consumers to surrender used devices 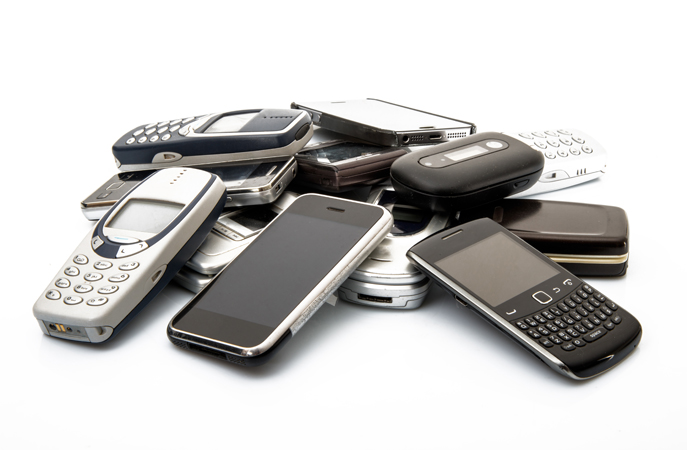 In the UK, recycling of personal electronics is low, due in part to concerns over data. (Credit: maryolyna/Shutterstock)

Sixty-seven countries have enacted legislation to encourage recovery and recycling of the e-waste they generate, including in Europe, where WEEE legislation puts responsibility on the companies that produce electronic equipment. But such schemes fall at the first hurdle if consumers hang on to used devices.

In the UK, producers of electrical appliances are required to recycle 65% of the average weight of e-waste placed on the market in the three preceding years. This target was raised in 2019 from 45%, in line with an update to the EU regulation. But the sector has failed to meet these targets for the past three years, due in part to a lack of products being placed into the waste system by consumers.

Manufacturers who do not meet the targets must pay into a fund, run on behalf of the government by Material Change, an organisation comprising nine trades associations from different parts of the electronics sector. In 2017 and 2018, £10.6m was paid into the fund. Material Change decided to use the money to fund a campaign to significantly
boost the amount of small electricals collected for recycling.

The first phase involved extensive consumer research, which revealed that almost half (48%) of respondents were unaware that electrical equipment could be recycled, 45% did not know how to recycle electricals, and 43% put such items in their non-recyclable waste bag. 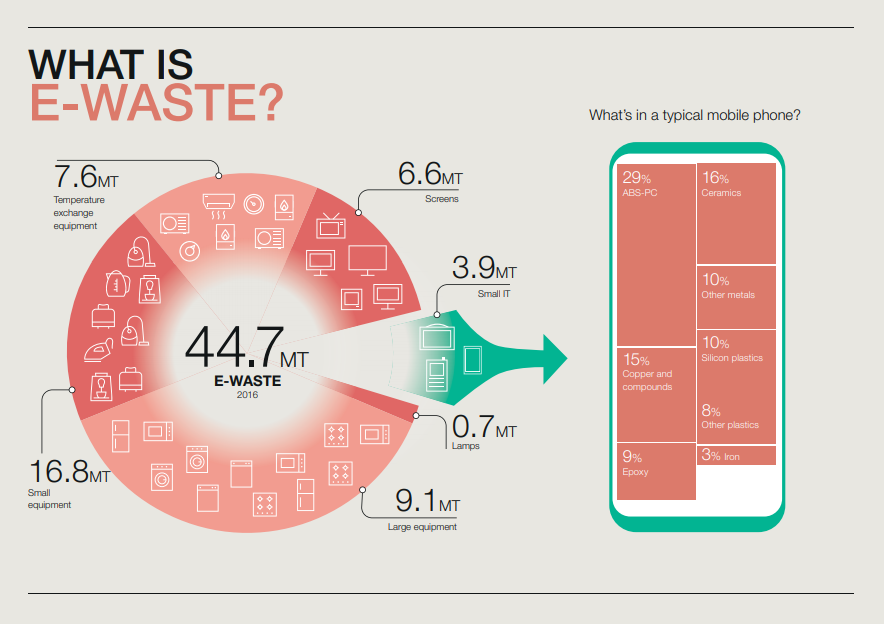 A three-year campaign that aims to make recycling e-waste easier is now live and will be rolled out through social media, outdoor posters and adverts on public transport

A website has been launched as a “one-stop shop” for information on recycling, repairing and reusing old electricals. People can find nearby collection points by inputting their postcode. Future phases of the campaign will fund new collection points around the country and work with schools.

The campaign is aiming to tap into people’s desire for hope, Butler says. “We’re not looking at a massively sophisticated change of behaviour, it’s very simple – stop losing the value, and start doing the right thing.”

Catherine Early is a freelance journalist specialising in the environment and sustainability. She writes for Business Green, China Dialogue and the ENDS Report among others. She was a finalist in the Guardian’s International Development Journalism competition.

This article is part of our in-depth Circular Economy briefing. See also:

How Covid-19 has brought circularity into sharp focus for Philips