‘We are running out of time to fiddle around,’ says Earth Day co-founder

50 years after he helped start the US environmental movement by bringing 20 million people on the streets, Denis Hayes is urging US voters to prevent the 'worst president in US history' from being re-elected in November. Terry Slavin reports

The 50th anniversary of Earth Day will be celebrated with 24 hours of digital events after Covid-19 forced the cancellation of plans to get a billion people in 190 countries around the world to take to the streets to protest the climate emergency.

Earth Day is the biggest day in the calendar for the global environmental movement. The first event in 1970, founded by a 25-year-old graduate student, Denis Hayes, and former US Senator Gaylord Nelson, attracted 20 million Americans, or one-tenth of the US population, onto the streets, outraged by oil spills, smog and polluted rivers.

Now 75, Hayes is still chairman of the board for the International Earth Day network. In a video interview with John Elkington of Volans, which marked the day by awarding Hayes its Green Swan award for “exponential” solutions to the world’s most intractable problems, he said he had only intended Earth Day to be a one-time event. He had worried that the success could never be replicated, and would lead commentators to dismiss the environmental movement as a fad. “So I did my best to kill it.”

Fortunately, the US environmental movement Hayes helped give birth to proved to be of more resilient, and influential, stuff. “Clearly, those 20 million people [who took to the streets in 1970] were a force to be reckoned with. The President [Nixon] decided he had to be a player.”

That year saw the passage of the Clean Air Act, with only one dissenting vote in the House of Representatives, then, over the next eight or nine years, a succession of more landmark environmental legislation including the creation of the Environmental Protection Agency, the Clean Water Act, the Endangered Species Act, and the Toxic Substances Control Act.

“There was a period where we pulled the pendulum as far as you could in a pro-environmental direction,” Hayes said. “While there were a lot of different forces out there … If Earth Day had not happened these subsequent things wouldn’t have occurred.” 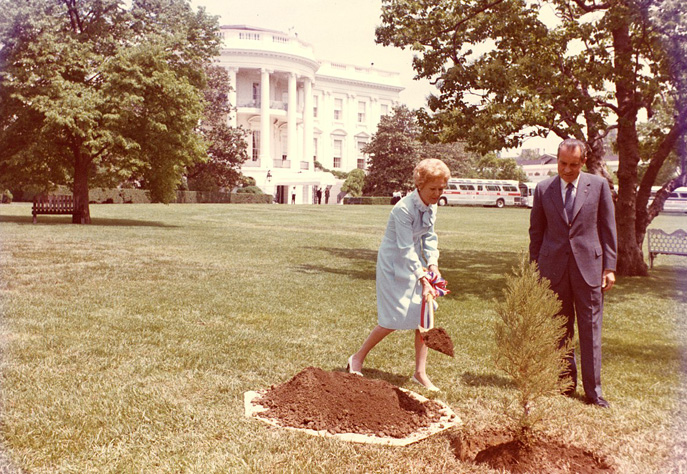 Richard and Pat Nixon planting a tree at the White House on the first Earth Day in 1970. (Credit: Wikimedia)

In a separate interview on the Earth Day website, Hayes said he hoped there would be a similar backlash against the efforts of the current Trump administration to “undo 50 years of environmental progress”, a reference to with the President’s rollback of environmental legislation, including most recently weakening rules that compel auto makers to produce fuel-efficient cars.

In an essay for the Seattle Times newspaper he was more overtly political, urging readers to vote against Trump in the upcoming presidential elections in November. "Understand that the real challenge lies in the next six months. The 2020 US election will be the most important of your lifetime. It can be an inflection point for the world. The 2020 election will determine whether the great American experiment — universal suffrage, separation of powers, Bill of Rights, rule of law — will be resuscitated from the dark impact of the worst president in the nation’s history.

Public policy on climate change in the US 'has been dominated by neo-liberal economics, focused on internalising externalities and sending price signals'

Asked by Elkington what he hopes will be the legacy from this year’s event, Hayes said that public policy on climate change in the US, and in much of the rest of the world, “has been dominated by neo-liberal economics, [focused on] internalising externalities and sending price signals” through putting a price on carbon.

Admitting that this view was controversial, he said he doesn’t think carbon pricing is effective because the high level it needs to be set to fully reflect environmental externalities is both “inequitable and politically inconceivable. It leads to things like the yellow jacket protests in France.”

He pointed out that even progressive US states have rejected a price of $15 per tonne of CO2 as too high, even though the impact on behaviour like choosing a more fuel-efficient car is “negligible”. 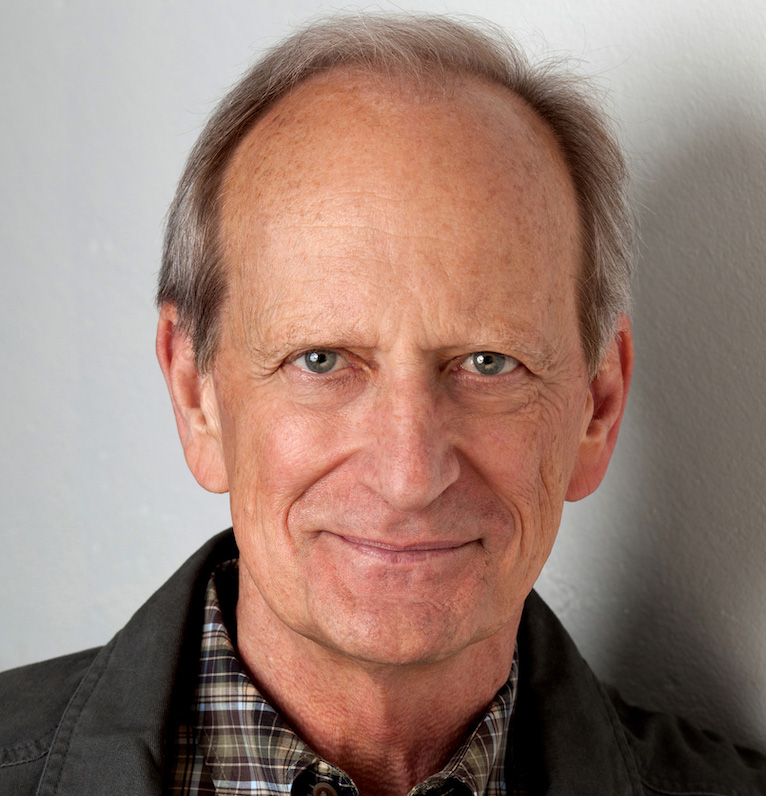 Denis Hayes is still chairman of the board for the International Earth Day network. (Credit: Volans)

“I’d aspire to something that is closer to the Green New Deal in the US, taking advantage of major subsidies in procurement efforts …. to do something like China did with solar energy by simply setting a goal to go from producing no panels to producing more of them, and for cheaper, than the rest of the world combined.”

He added that this needed to be done for technologies including wind, solar thermal, battery storage, “deep-green” efficient buildings and agriculture.

“We are running out of time to fiddle around,” he said, citing mounting evidence of the climate change, from increased hurricanes and typhoons, to floods, forest fires and ocean acidification.

In my ideal world, in 2030 we could once again have a celebration of what we accomplished

“We have a global commons and there is no enforcement mechanism. That’s a huge challenge for our children; how to address these planetary threats as effectively as many countries have addressed individual threats.”

Asked by Elkington his hopes for Earth Day in 2030, he said: “In my ideal world, in 2030 we could once again have a celebration of what we accomplished with bold, concrete improvements in the way the Earth deals with fossil fuels so that major resources like coal are never pulled out of the ground." Instead, he said, we will be sucking more CO2 out of atmosphere than we are putting in and we will have negative greenhouse gas emissions.

Businesses that prioritise social value will thrive as ...
'Time to get real about what it will take to finan...
‘Instead of training courses, let employees learn by ...
'Covid-19 is an immense problem, climate change is...
comments powered by Disqus